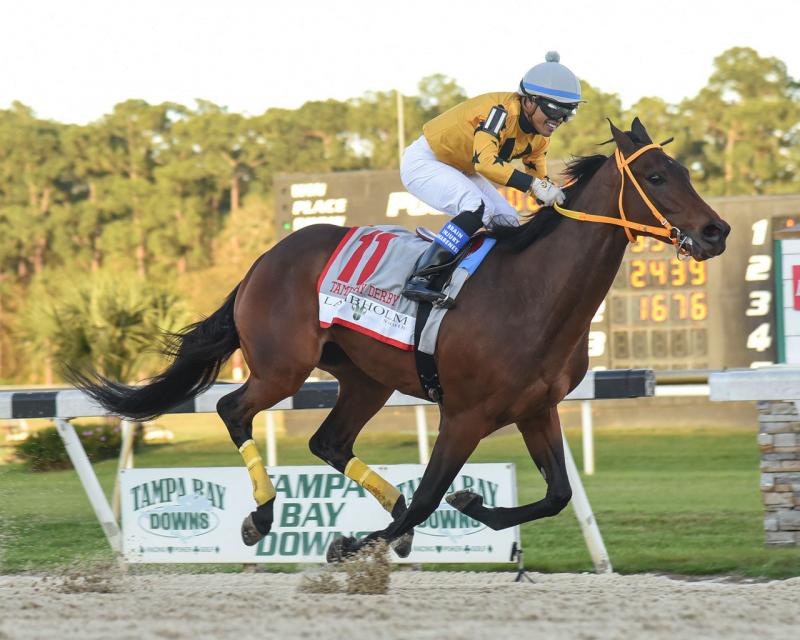 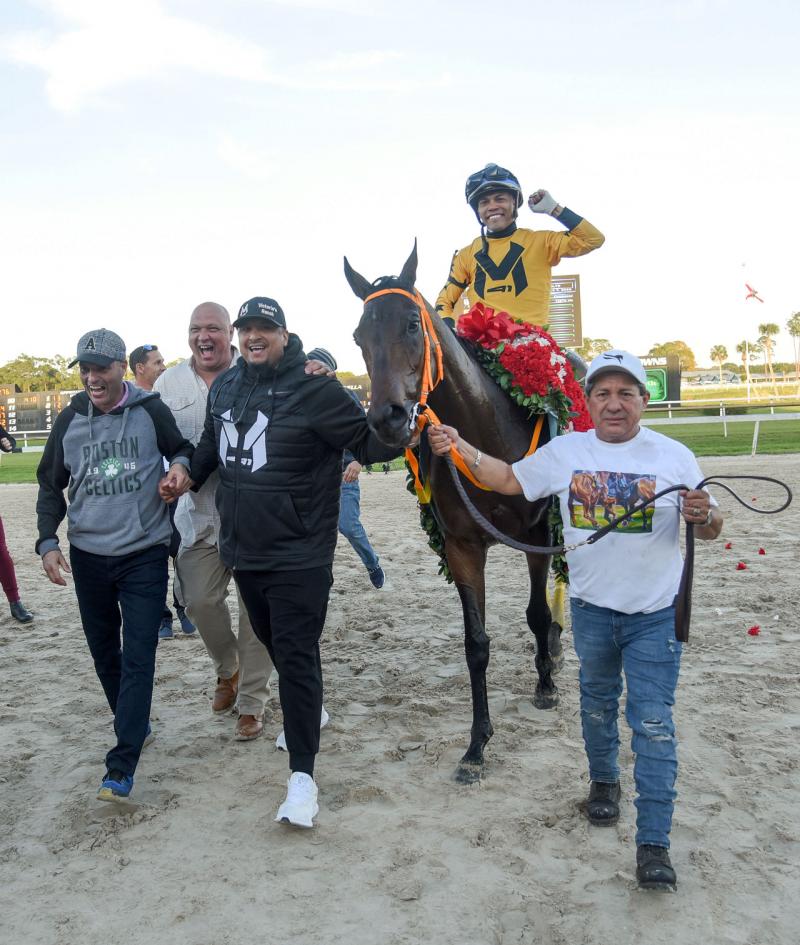 King Guillermo wins the Tampa Bay Derby (SV Photography)
Victoria’s Ranch’s King Guillermo picked up 50 points on the 2020 Road to the Kentucky Derby challenge series following his 4 3/4-length score in the $351,500 Tampa Bay Derby (G2). The 49-1 winner completed 1 1/16 miles in 1:42.63 under Samy Camacho to notch his initial graded stakes victory.
Conditioned by Juan Avila, the colt kicked off his career on the dirt at Gulfstream Park on September 29 in a 5 1/2-furlong dash. He was sent postward as the 13-10 favorite in a 13-horse field, but a slow break from the gate helped lead to a distant sixth-place result.

Moving to the lawn for his second career assignment, King Guillermo flashed his considerable potential with a front-running romp when defeating special weight foes by 6 1/4 lengths at Gulfstream Park West. He was a solid third in the subsequent Pulpit S. at Gulfstream behind fellow Triple Crown contender Sole Volante, before turning the tables on him at Tampa Bay. His career line now reads 4-2-0-1, $240,350.

King Guillermo was bred in Kentucky by Carhue Investments, Grouserdige Ltd., and Marengo Investments, and he was offered on a pair of occasions at auction. The son of Uncle Mo was a $90,000 RNA at the 2018 Keeneland September Yearling Sale, prior to dropping the gavel down at $150,000 at the 2019 OBS Spring Sale of Two-Year-Olds in Training.
The bay colt is the first stakes winner produced from the Dixieland Band mare Slow Sand, who counts herself as a half-sister to Group 3 victor Slow Pace, as well as Grade 3 star Funny Duck. This is the same female line as Grade 1 standout Thirty Six Red, dual Grade 3 hero and sire Olmodavor, and 2019 Breeders’ Cup Juvenile Turf (G1) second Billy Batts.
King Guillermo registered a healthy 102 Brisnet Speed rating for his tally at Tampa Bay Downs, which included a robust 107 Brisnet Late Pace number. The youngster also has stamina influences throughout his female family to suggest that he will be adept at handling the added distance on his next trek on the Road to the Kentucky Derby.
It has yet to be decided where King Guillermo will make his next appearance.