Reeves Thoroughbred Racing, Andie Biancone and Limelight Stables’ Sole Volante picked up 10 points on the “2020 Road to the Kentucky Derby” following his triumph in the $200,000 Sam F. Davis (G3) at Tampa Bay Downs. The gelding was 2 1/2 lengths clear under the line after completing 1 1/16 miles in 1:42.60 under the guidance of Luca Panici. He improved his lifetime line to 4-3-0-1, $196,310 after notching his first graded stakes victory.

Sole Volante was unveiled on October 12 in a 7 1/2-furlong maiden special weight event on the lawn at Gulfstream Park West, and he aced his first assignment with a three-length romp. Moving to Gulfstream Park for a second appearance, the bay was much the best in posting a two-length score in the grassy Pulpit S. while trying black-type foes for the initial time.

The son of 2014 Breeders’ Cup Mile (G1) star Karakontie made his debut on the dirt in his 3-year-old bow and checked in a clear third in the Mucho Macho Man S. most recently.

Sole Volante was bred in the Bluegrass State by Flaxman Holdings, and he passed through the auction ring on a pair of occasions. The grandson of Bernstein fetched a bid of just $6,000 at the 2018 Keeneland September Yearling Sale, prior to bringing the gavel down at a bargain $20,000 at the 2019 OBS Spring Sale of Two-Year-Olds in Training.

Conditioned by Patrick Biancone, Sole Volante was produced from the winning Kingmambo mare Light Blow, and he was preceded in graded glory by his half-brother Explode who captured the 2019 Canadian Derby (G3). Light Blow is a full sister to 2007 Epsom Oaks (G1) queen Light Shift, and a half-sister to two-time champion Shiva. This is the same female line as champions Ulysses, Cloth of Stars, Northern Trick, and Main Sequence.

The surging sophomore has improved his Brisnet Speed figure (81-95-100-102) in each lifetime race, and the 108 Brisnet Late Pace figure that he registered in the Sam F. Davis suggests that distance will not pose a problem for him going forward.

Sole Volante is an improving 3-year-old with a strong turn of foot, and he boasts a catalog page that is second to none. His female line is full of champions and horses that could stay classic distances. The gelding’s ability to unleash a potent late kick on the dirt makes him a serious Triple Crown contender.

I expect ‘Flying Sun’ to be a formidable foe on the 2020 Road to the Kentucky Derby. 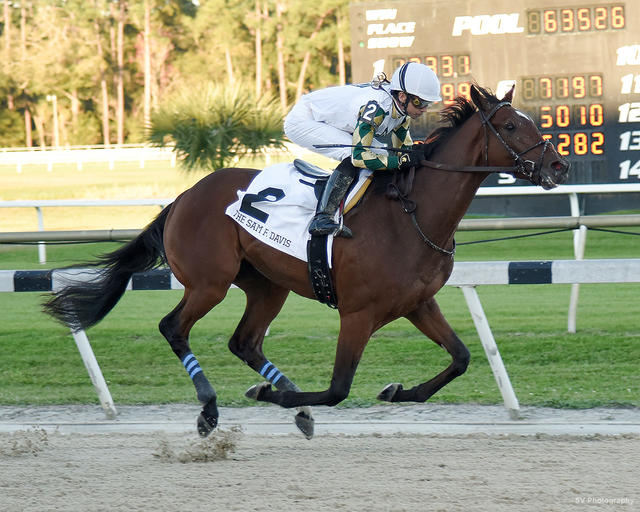