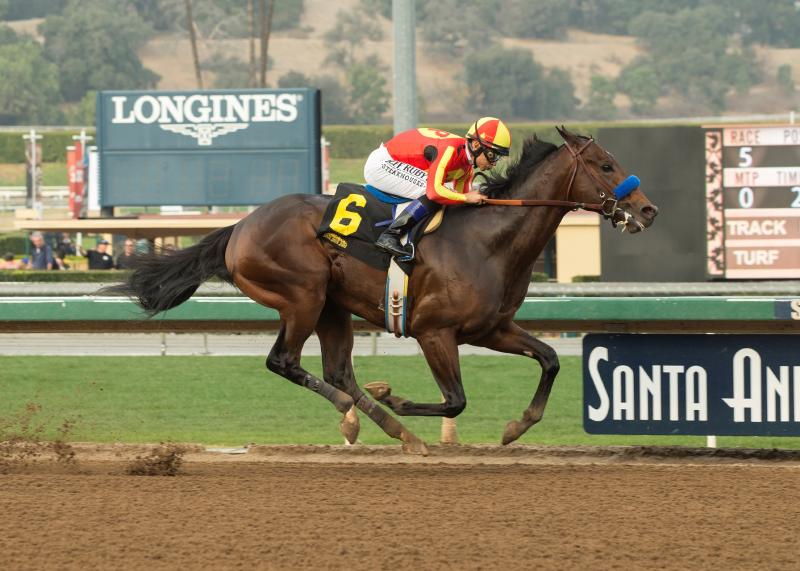 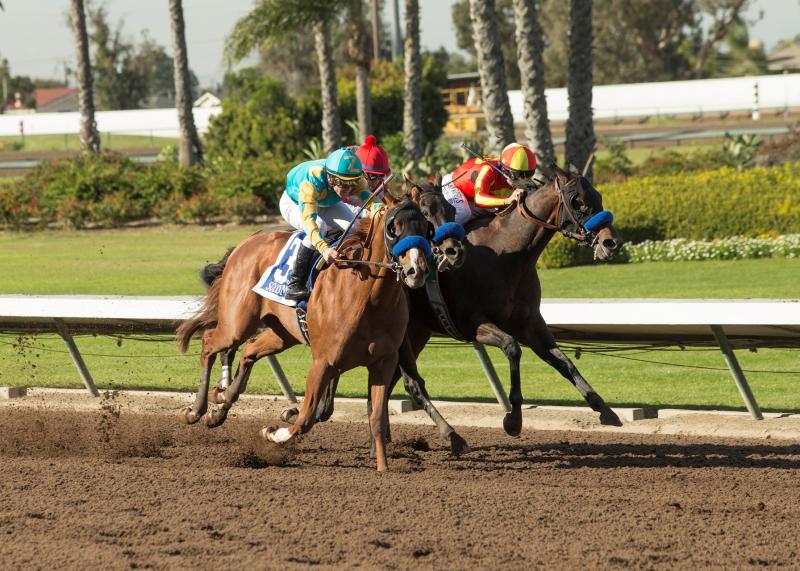 In 2010, a bad draw and a tough trip prevented Lookin At Lucky from doing better than sixth in the Kentucky Derby for his owners Karl Watson, Mike Pegram, and Paul Weitman.

In 2018, McKinzie could well give them a chance to make up for that.

The Street Sense colt ended 2017 with two wins from two starts, and continued his winning way at his first 3-year-old start.

Bred by Summer Wind Farm in Kentucky, McKinzie was a $170,000 purchase at the 2016 Keeneland September yearling sale. Like Lookin At Lucky, and like Pegram’s 1998 Derby winner Real Quiet, McKinzie is trained by Bob Baffert.

On the strength of an impressive debut victory at Santa Anita Oct. 28, McKinzie was made favorite for the Los Alamitos CashCall Futurity (G1) Dec. 9, which showed the regard he was held in considering that Breeders’ Cup Juvenile (G1) runner-up Solomini, also trained by Baffert, was also in the field.

As he did on debut, McKinzie made a move around the final turn to hit the lead, but after a torrid three-way stretch battle, Solomini got to the post three-quarters of a length in front of McKinzie, with Instilled Regard third. However, Solomini was disqualified and placed third due to interference he caused to Instilled Regard, leaving McKinzie the winner.

McKinzie returned to the track for the Sham Stakes (G3) Jan. 6 at Santa Anita. Racing without blinkers against a weaker field, he stalked the pace before running clear in the stretch.

McKinzie’s sire Street Sense (Street Cry) won the Kentucky Derby in 2007, becoming the first Breeders’ Cup Juvenile winner to then take the Derby. He has become a very good sire, with his stakeswinning progeny numbering above 50. He doesn’t have many North American progeny that have won at 1 ¼ miles like he did, but his Australian progeny include two horses that won black type races at 1 ½ miles.

McKinzie’s dam Runway Model (Petionville) was a very good racehorse. At two she won the Alcibiades Stakes (G2) before finishing third in the Breeders’ Cup Juvenile Fillies. The next season she finished second in the Ashland Stakes (G1) and sixth in the Kentucky Oaks (G1). Her best progeny prior to McKinzie was Rompin Reid, who finished third in The Vid Stakes, over 1 1/16 miles at Gulfstream Park.

It’s a pedigree that suggests McKinzie is likely to have the stamina to run 1 ¼ miles if he makes it to the Kentucky Derby, but not definitively. It’s probably best to keep an eye on how he runs during his 3-year-old prep races to assess his stamina as well as his class.

McKinzie was a popular choice in Pool 1 of the Kentucky Derby Future Wager, rating third favorite among the individual options at 12-1, behind only Bolt d’Oro and Good Magic. Whether he would get that rating after the Los Alamitos Futurity is another question, but he’s definitely a serious contender. 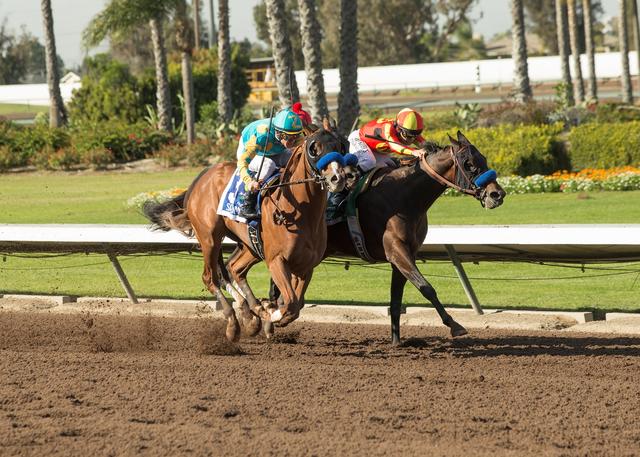