Lucky Seven Stable’s Rattle N Roll earned 10 points on the 2022 Road to the Kentucky Derby following his emphatic 4 1/4-length romp in the $500,000 Breeders’ Futurity (G1) at Keeneland on Oct. 9. The juvenile colt clocked 1 1/16 miles on the fast main strip in 1:43.78 en route to his initial graded stakes triumph under Brian Hernandez Jr.

The son of Connect improved his lifetime line to 4-2-0-1, $379,460 following his impressive score for conditioner Kenny McPeek. He debuted beneath the Twin Spires on June 26 and rallied from well back to be third in a maiden special weight try behind the impressive Gunite, who later went on to capture the Hopeful S. (G1). He bolted and was pulled up in his second performance at Saratoga, but he righted the ship with a commanding three-length victory running 1 1/16 miles at Churchill Downs on Sept. 23.

Bred in Kentucky by St. Simon Place, he passed through the auction ring on a pair of occasions. Rattle N Roll was a $55,000 weanling purchase at 2019 Keeneland November, prior to fetching a bid of $210,000 at the 2020 Keeneland September Yearling Sale.

Rattle N Roll is the first stakes victor produced from the winning Johannesburg mare Jazz Tune, who counts herself as a half-sister to stakes winner Rap Tale. Jazz Tune is also responsible for an unnamed yearling colt by Tapwrit.

The winner shows improving Brisnet Speed numbers (78-82-95), and distance does not seem to be an issue with him at this stage of his development.

“This colt wants even more distance,” McPeek said. “I think a mile and a quarter is what he is asking for.”

He hails from a very good female line with stamina influences throughout, and it would be easy to see the colt show continued progression as the distances increase in his three-year-old campaign. Rattle N Roll is undoubtedly a horse to watch on the 2022 Road to the Kentucky Derby challenge series. 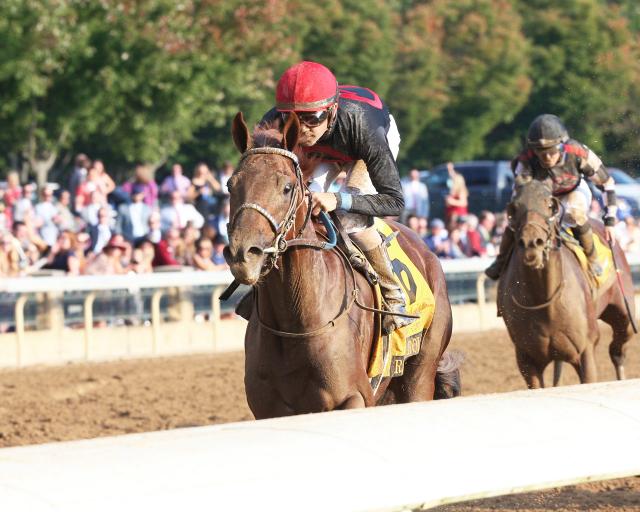