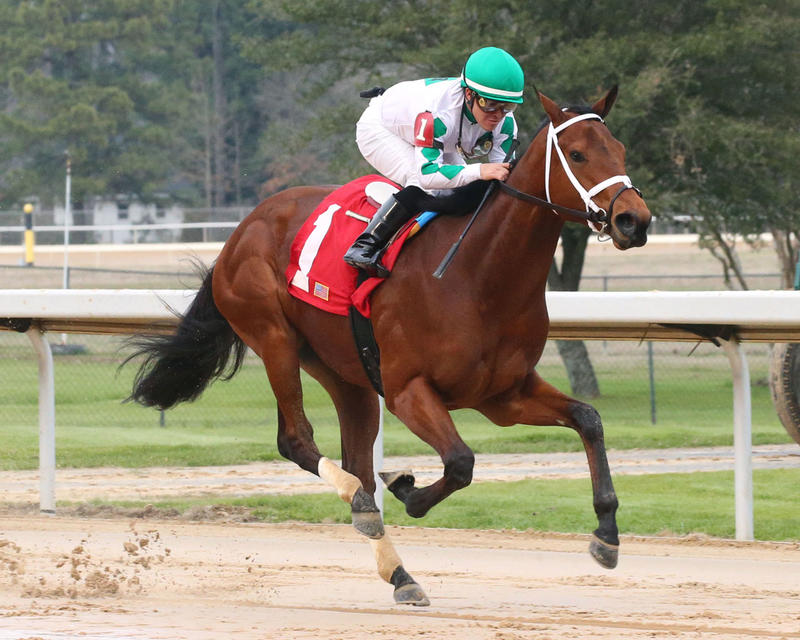 Clint Gasaway, Lance Gasaway, Wonder Stables, and Madaket Stables’ Wells Bayou picked up 100 points on the 2020 Road to the Kentucky Derby following his 1 ½-length triumph in the $1 million Louisiana Derby (G2) at Fair Grounds. The 3-year-old colt clocked 1 3/16 miles in 1:56.47 under the guidance of Florent Geroux.

Wells Bayou debuted at Keeneland in October and was a winner at first asking, leading at every call en route to a 2 ½-length tally going six furlongs over a sloppy surface. He concluded his brief juvenile campaign with an unplaced effort in an allowance tilt at Churchill Downs second time out.
The Brad Cox pupil commenced his sophomore season at Oaklawn Park facing allowance foes, and the well-meant colt drew off to a convincing four-length win traveling one-mile. Prior to earning Louisiana Derby glory, the improving youngster finished a clear second in the Southwest (G3) at Oaklawn. His lifetime line now reads 5-3-1-0, $845,293.
Bred in the Bluegrass State by Knowles Bloodstock, Wells Bayou passed through the sales ring on a trio of occasions. The colt attracted a bid of $50,000 at 2018 Keeneland January as a short yearling, and he was let go for $18,000 at the September Yearling Sale at the same venue later in the year. He eventually brought the gavel down at $105,000 at the 2019 OBS March Sale.
The son of Lookin at Lucky is the first stakes victor produced from winning Hard Spun mare Whispering Angel. He is from the same female family as champion and dual classic winner Big Brown, who was victorious in the 2008 Kentucky Derby (G1) and Preakness (G1).
Wells Bayou passed a big test in proving more than capable at 1 3/16 miles, while registering a lifetime best 98 Brisnet Speed number in the process. The speedy sort rated kindly on the front end at Fair Grounds and had plenty left late in his impressive score.
He will have to improve some to run with the very best of his generation, but Wells Bayou is trending in the right direction and has a nice foundation beneath him at this stage of his development. 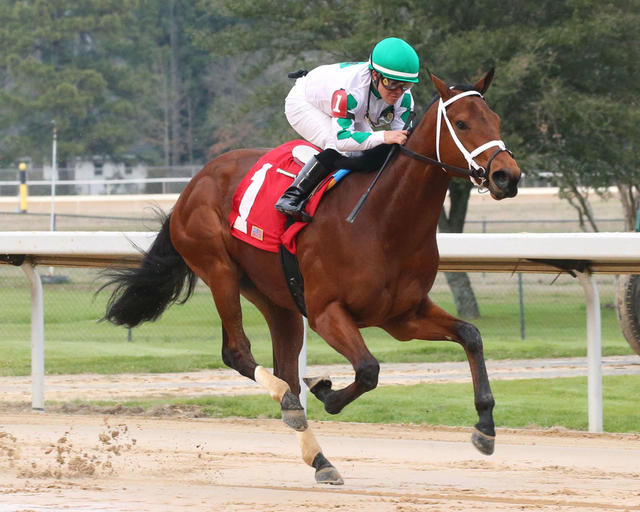