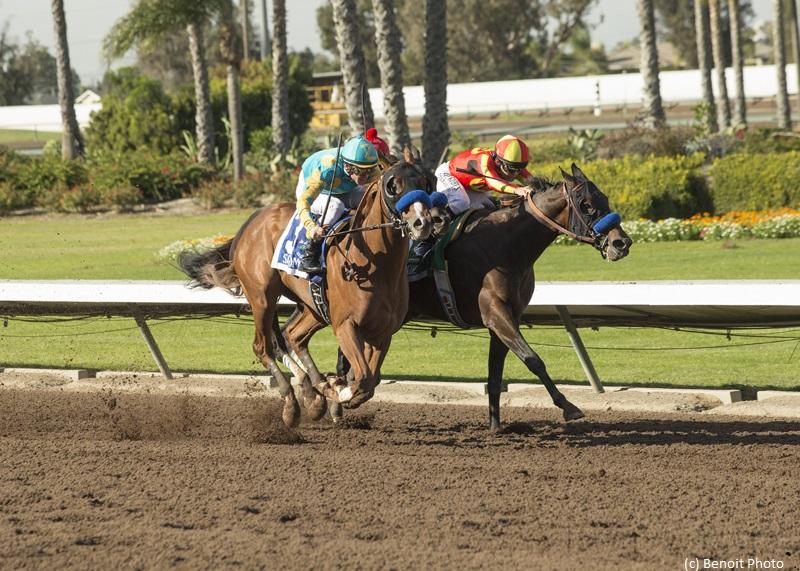 Solomini proved to be the best horse in the December 9 Los Alamitos Futurity (G1), edging away late by nearly a length in the Kentucky Derby prep race, but did not maintain a straight path in the stretch as he drifted in and repeatedly bumped Instilled Regard while grinding his way to the front. The interference had no impact upon who finished first, but the stewards unanimously decided to disqualify Solomini and place him third after Instilled Regard missed second by a head to McKinzie.

McKinzie was also part of the inquiry, drifting out and initially bumping Instilled Regard in midstretch, but the contact was less egregious and the 1-2 favorite wound up notching his first stakes tally via disqualification. Now perfect from two starts, McKenzie picked up 10 points making his debut in a Road to the Kentucky Derby series qualifier.

“I didn’t think there was going to be a change…It’s really too bad they took him down, he was the better horse today,” the Hall of Fame conditioner said.

Many observers were disappointed to see Solomini come down as well but fans can take solace in how fast he ran, generating a career-best 101 BRIS Speed rating. There’s plenty to like about the chestnut colt entering 2018.

He’s by Breeders’ Cup Classic winner Curlin, who has already sired a Preakness and Belmont Stakes winner and was represented by his first Breeders’ Cup Juvenile victor this year in Good Magic. It seems like a matter of time before Curlin produces a Kentucky Derby winner. Solomini possesses an ideal female family for a Kentucky Derby contender, being out of an unraced daughter of Storm Cat who counts as half-siblings champion and sire Midshipman; and Grade 2 winner Fast Cookie, dam of multiple Grade 1-winning millionaire Frosted.

Solomini has the right connections and an excellent 2-year-old resume. A debut winner at Del Mar, he followed with a non-threatening second to Bolt d’Oro in the FrontRunner (G1). Solomini continued to move forward in his second stakes attempt, the Breeders’ Cup Juvenile, registering a 100 BRIS Speed rating for the runner-up effort. His speed numbers have increased in every start (94-96-100-101).

I really liked the Juvenile effort because jockey Flavien Prat spent the first part of the race trying to maneuver outside from a perceived disastrous inside post position and Solomini traveled wide on both turns despite breaking from gate 2 – no horse wants that kind of trip in a big race. He made an early move to the lead when the pacesetter faltered, assuming command entering the far turn and while Good Magic was able to slingshot by for the win, Solomini dug in commendably through the stretch to repulse the late bid of third-placer Bolt d’Oro by a length.

Solomini certainly wasn’t getting credit for the huge Breeders’ Cup Juvenile performance when being dismissed as 8-5 second choice in the Los Alamitos Futurity against a last-out maiden winner. He dropped back to the last of five runners during the middle stages and rallied to overhaul McKinzie and Instilled Regard in the final furlong of the 1 1/16-mile race.

McKinzie and Instilled Regard remain promising types who are eligible to keep improving off the initial stakes attempt.

McKinzie created a buzz when capturing his unveiling on October 28, striding away to a 5 ½-length decision in a 7-furlong maiden special weight at Santa Anita. The son of 2007 Kentucky Derby winner Street Sense was bet down as the 12-1 third choice among individual interests in Pool 1 of the Kentucky Derby Future Wager, with only Bolt d’Oro (7-1) and Good Magic (11-1) taking more action.

After tracking the pace in the Los Alamitos Futurity, McKinzie advanced to take the lead into the stretch and gamely fought to the wire despite getting a little weary late, receiving the same 100 BRIS Speed rating from the maiden win. Mike Smith was up.

Instilled Regard, who was exiting 4 ¼-length maiden triumph in his third career outing, also received a 100 BRIS Speed for the Los Alamitos Futurity. Purchased for $1.05 million at a 2-year-old in training sale, the Arch colt has run big for Jerry Hollendorfer in a pair of two-turn starts. 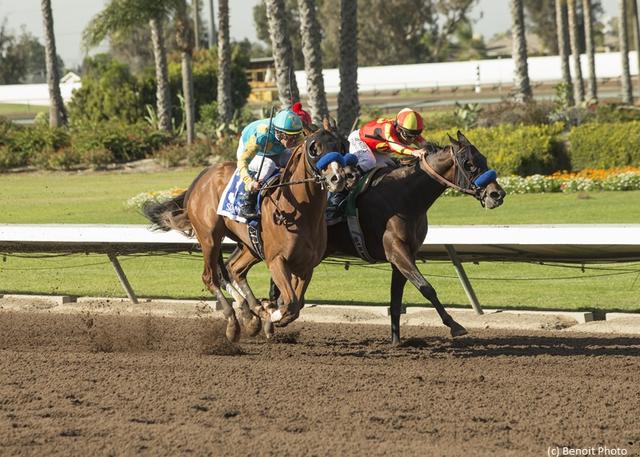