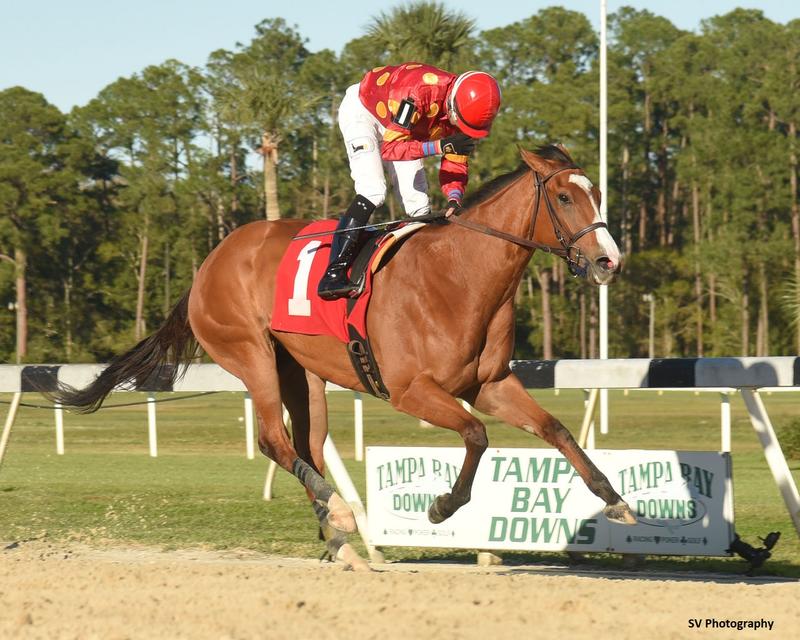 The top six finishers from the July 4 Delaware Oaks (G3) renew rivalry in Saturday’s $200,000 Monmouth Oaks (G3), but three new opponents, led by Lucrezia, add more depth to the Monmouth Park feature. Added as a scoring race on the Road to the Kentucky Oaks, the Monmouth Oaks is worth points on a 50-20-10-5 scale.

The Delaware Oaks alumnae are Project Whiskey, who dug in gamely to score a 38-1 upset; Dream Marie, beaten just a half-length in second; late-running third Princess Cadey; pacesetting 19-10 favorite Piece of My Heart, who tired to fourth; non-threatening fifth Hopeful Growth; and Comical, who faded to a distant sixth.

Project Whiskey moved forward markedly in that two-turn debut at Delaware Park, rebounding from uncharacteristically poor efforts in her prior two starts. While the Butch Reid trainee is eligible to continue her progress, a few of her rivals can do better in the rematch.

Dream Marie made a bold move out wide in the Delaware Oaks and briefly appeared on the verge of passing Project Whiskey, only to be rebuffed. Drawn on the rail here, the gray projects a more favorable ground-saving trip. Third-placer Princess Cadey had not raced since romping in the Mar. 4 Beyond the Wire S. at Laurel, and could improve with the Delaware run under her belt.

Piece of My Heart was herself resuming from a two-month break, and her taxing trip – setting a contested pace on the inside – also made it tougher. Two starts back, the McLean Robertson filly wired the Gardenia at Oaklawn Park, and she could hold her position more effectively here.

Hopeful Growth lacked both stakes and two-turn experience going into the Delaware Oaks, but she attracted support as the 2-1 second choice. Now she adds blinkers that might help.

Still, the Delaware Oaks wasn’t the deepest Oaks points race, and the suspicion is that the Monmouth Oaks winner is likely to arrive by another route.

Lucrezia comes off a far stiffer assignment in the Acorn (G1), chasing the record-setting Gamine early before wilting to a remote fourth in her first start in nearly three months. The daughter of leading sire Into Mischief is clearly better than that. The convincing winner of both the Sandpiper and Suncoast at Tampa Bay Downs, Lucrezia was second to Swiss Skydiver in the Mar. 28 Gulfstream Park Oaks (G2) at this distance. The Arnaud Delacour filly has been training sharply since the Acorn and promises to bounce back with new rider Paco Lopez.

Todd Pletcher has a fascinating turf-to-dirt prospect in Eve of War. Unplaced in her last two attempts on the grass, both in competitive stakes at Churchill Downs, she had been a smashing debut winner on the Gulfstream Park dirt. Her subsequent fourth in a dirt allowance can be forgiven since she stumbled at the start, and it would be no surprise if Eve of War shows much more in this return to the main track.

Market Rumor takes a substantial class hike off her maiden score at Keeneland, but the nicely-bred daughter of Afleet Alex is on the upswing for trainer Ian Wilkes. 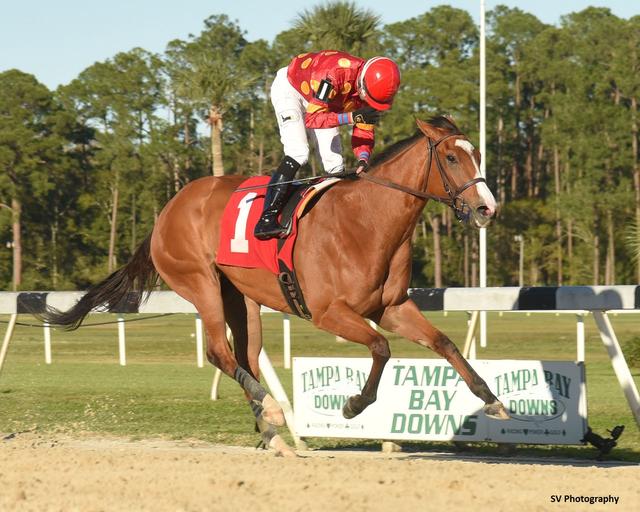