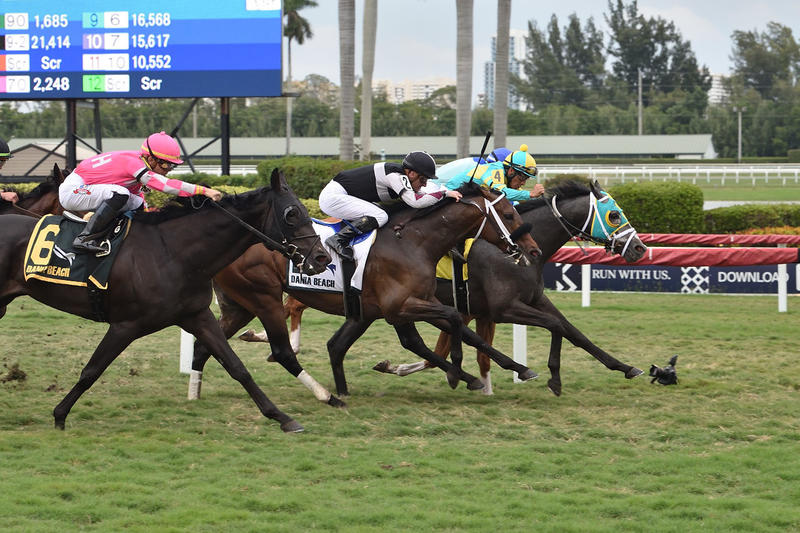 Trainer Mike Maker will take three shots at winning the $250,000 Jeff Ruby Steaks (G3) for the fourth time in five years when the 1 1/8-mile Road to the Kentucky Derby prep is renewed at Turfway Park on Saturday.

Although none of Maker's trio has yet run on a synthetic track (Turfway has a Polytrack surface), Field Pass has shown notable form on turf, most recently taking the Dania Beach S. at Gulfstream with a winning rally between rivals.

"It was pretty unbelievable how he was able to get up," Maker said. "He was able to get through that tight spot and showed a lot of courage. I think he has a pretty bright future ahead of him."

Fancy Liquor jumps right into stakes company off a career-opening debut win at Gulfstream over the grass, while Victory Boulevard enters off three straight wins, the latest being his first start for Maker following a $32,000 claim in early February.

"He won pretty easy in his last couple of starts and his pedigree says he should be able to get the distance," said Maker of Victory Boulevard. "I don't see a problem with it."

Invader looks to follow up his dominating victory in the John Battaglia Memorial with a similar score in the Jeff Ruby. Making his first start of the season in the Feb. 14 heat, the Wesley Ward-trained son of War Front cruised to a 6 1/4-length win in the 1 1/16-mile prep.

"All his workouts since his last race have been fantastic. I've always had a good feeling about him. It's taken him a while to figure it out, but he couldn't be doing better right now," Ward said.

The only entrant in the field already with Kentucky Derby qualifying points is Finnick the Fierce, previously second in the Kentucky Jockey Club (G2) and fourth in the Lecomte (G3) prior to a seventh-place run in the second division of the Risen Star (G2).

Unlike Finnick the Fierce, Halo Again has run and won on a synthetic track, specifically over Woodbine's Tapeta when he captured the Coronation Futurity against Canadian-breds in November. However, he was a nondescript eighth in the Lecomte last out.

Myamanoi, a close fourth to Field Pass in the Dania Beach last time, could improve on that run while stretching out an extra furlong.

The Jeff Ruby offers qualifying points of 20-8-4-2 as part of the Road to the Kentucky Derby series. The scheduled post time is 6:42 p.m. (EDT), and the race can be watched and wagered on at TwinSpires.com. 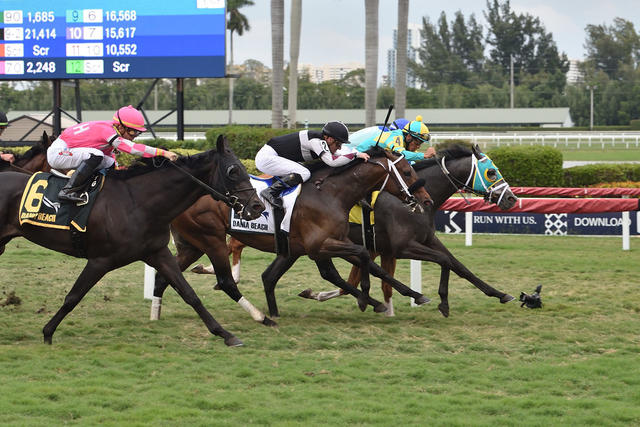