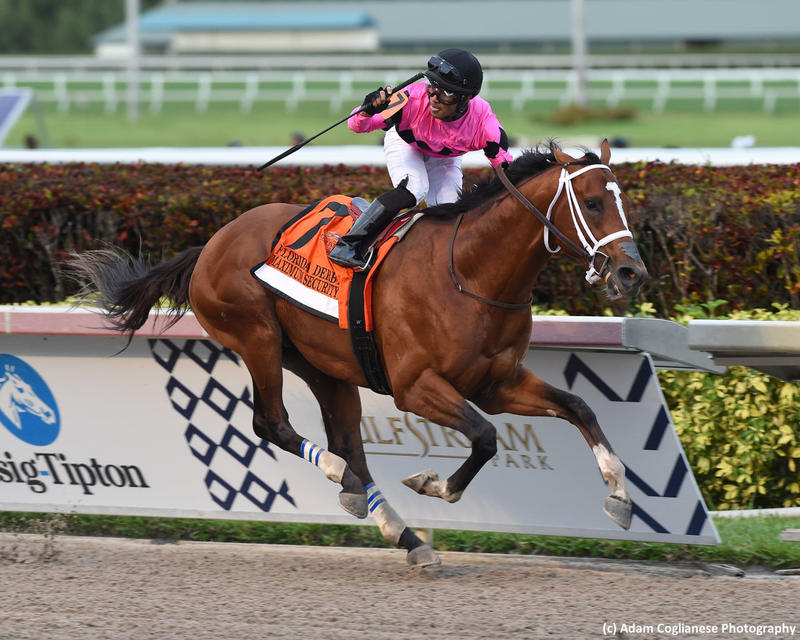 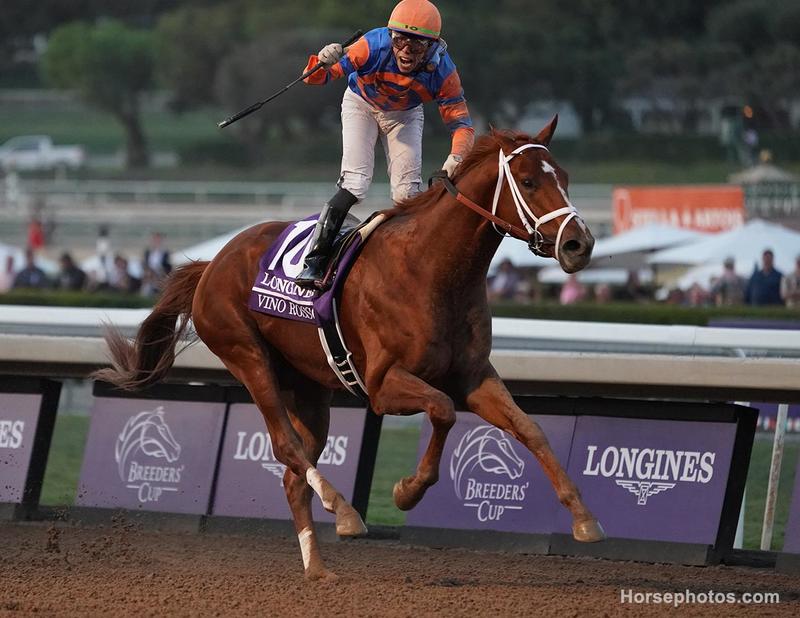 Even without the Kentucky Derby (G1) officially on his resume, Maximum Security racked up a series of major wins to earn champion 3-year-old male honors at Thursday night’s Eclipse Awards gala at Gulfstream Park.

Maximum Security, who was first across the wire in the Kentucky Derby only to be disqualified, won the divisional Eclipse Award in a landslide. The Gary and Mary West homebred was the top choice of 217 of 241 voters. Two others also received a smattering of first-place votes – Omaha Beach (16) and Code of Honor (8).

Trained by Jason Servis, Maximum Security announced himself as a Derby contender when capturing the Florida Derby (G1) in front-running style to remain unbeaten in four starts. He would have extended his streak in the Kentucky Derby, but for an incident on the far turn that led to his disqualification for interference. Next time out in the June 16 Pegasus S. at Monmouth, he suffered his first on-track loss when a troubled second.

Maximum Security wouldn’t lose again. He rebounded in the Haskell Invitational (G1), and after recovering from a bout of colic, ended the season with scores over older horses in the Bold Ruler H. (G3) at Belmont Park and the Cigar Mile H. (G1) at Aqueduct.

A few outliers among the Eclipse electorate decided to vote for Maximum Security as champion male sprinter. That was an odd take, especially since he never faced the dominant force in the sprint ranks, Mitole, who accordingly won the Eclipse in that category by a measure of 236 to 5.

Next on Maximum Security’s agenda is the inaugural $20 million Saudi Cup, a 1 1/8-mile race at Riyadh’s King Abdulaziz Racecourse on Feb. 29. Plans call for him to continue his racing career through 2020, then retire to stud in 2021. According to recent reports, Coolmore has acquired a 50% interest in Maximum Security, so he’ll eventually stand alongside Triple Crown winners American Pharoah and Justify.

Speaking of Justify, an old friend of his, Vino Rosso, was honored as champion older dirt male for his productive season capped by a victory in the Breeders’ Cup Classic (G1). Vino Rosso and Justify knew each other from babyhood, having been bred by John Gunther and daughter Tanya and raised at their Glennwood Farm. The colts renewed acquaintance on the racetrack when Vino Rosso was unplaced behind Justify in the 2018 Derby and fourth in the Belmont (G1). Another familiar face from that crop, Midnight Bisou (third in the 2018 Kentucky Oaks [G1]), earned the champion older dirt female award after going 7-for-8 in 2019.

The 2019 Kentucky Oaks heroine, Serengeti Empress, finished third in the voting for champion 3-year-old filly behind the brilliant Covfefe, who also collected the champion female sprinter trophy. Covfefe was the runaway winner in both categories, garnering 189 votes over her contemporaries and an even more lopsided 235 in the broader distaff sprint division.

Turning to the 2020 Derby and Oaks, the champion 2-year-olds were last seen landing their respective points races in the Breeders’ Cup. Storm the Court, a 45-1 surprise in the Juvenile (G1), was a more predictable winner of the champion 2-year-old male title. He won by a tally of 147 votes to 51 for Structor, hero of the Breeders’ Cup Juvenile Turf (G1) who is likely to try dirt. A number of fellow Derby hopefuls attracted some support, including Maxfield (12 votes), Independence Hall (8 votes) and Tiz the Law (6 votes). Currently the Derby points leader with 22 points, Storm the Court is gearing up for a sophomore debut in the Feb. 9 San Vicente (G2).

Unbeaten Breeders’ Cup Juvenile Fillies (G1) queen British Idiom was a wider-margin winner of champion 2-year-old filly honors by taking 222 of 241 votes. Next came Bast (12 votes) and Sharing (6 votes), successful in the Breeders’ Cup Juvenile Fillies’ Turf (G1) and possible to revert to dirt for an Oaks prep. British Idiom, second to Bast on the Oaks leaderboard with 30 points, is due to return in the Feb. 15 Rachel Alexandra (G2) at Fair Grounds.

The 2019 Horse of the Year, Bricks and Mortar, was also the unanimous choice as champion turf male. His perfect campaign galvanized a sweep of the Eclipse Awards for his human connections – owners Klaravich Stables and William H. Lawrence; breeder George Strawbridge Jr.; trainer Chad Brown; and jockey Irad Ortiz Jr. Only once before did a Horse of the Year have all of his people win their respective Eclipses, the great John Henry in 1981.

Check out Brisnet’s Eclipse Awards coverage for profiles of these and all the other 2019 champions! 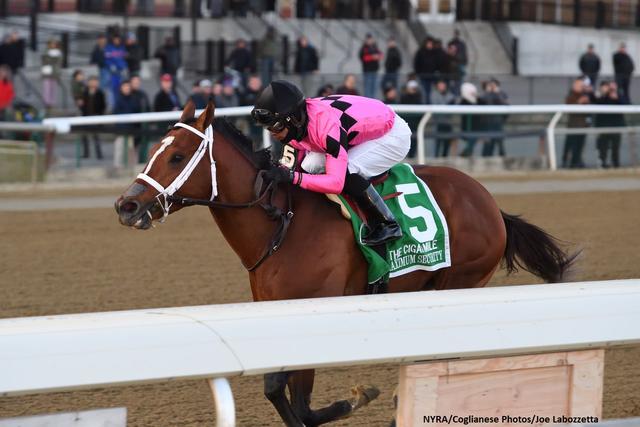