Pappacap returns to take on Epicenter in Lecomte 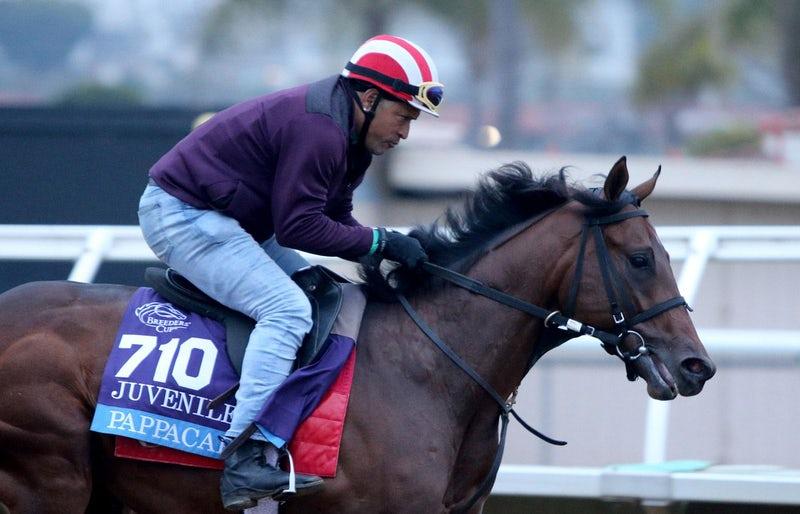 Breeders’ Cup Juvenile (G1) runner-up Pappacap looks to maintain his position atop the Kentucky Derby (G1) points leaderboard in Saturday’s $200,000 Lecomte (G3) at Fair Grounds. Epicenter, hero of the recent Gun Runner S., aims to knock him off that perch, while several promising sophomores hope to bank their first points in the 1 1/16-mile affair.

The Lecomte offers points on the 10-4-2-1 scale to the respective top four. Pappacap enters with 12 points, and Epicenter is among a bunch in pursuit with 10 points.
Pappacap, by record-setting freshman sire Gun Runner, has been freshened after a juvenile campaign that began in May. The Mark Casse trainee was precocious enough to wire a five-furlong maiden at Gulfstream Park, yet continued to progress through the season.
An impressive winner of the Best Pal (G2) in his stakes debut, Pappacap was a better-than-appears fourth in the Del Mar Futurity (G1) and second in the American Pharoah (G1). He ended his season with a career-best 100 Brisnet Speed rating in the Nov. 5 Breeders’ Cup, where he was a solid second to Corniche. Pappacap will try to pick up where he left off with regular pilot Joe Bravo, who will guide him from post 3.
If Pappacap has the established class, the improving Epicenter has the advantage of recency, and a sparkling race over the track for Steve Asmussen. The Not This Time colt broke his maiden Nov. 13 at Churchill Downs by mixing it up early, and employed similarly aggressive tactics when forcing the pace in the Gun Runner. Epicenter passed his two-turn test with flying colors, drawing off by 6 1/2 lengths to stamp himself as the leading threat to Pappacap. Joel Rosario, who rode him in his maiden win, regains the mount as Epicenter breaks from post 5.
Surfer Dude, the pacesetter in the Gun Runner, succumbed to Epicenter’s pressure and faded to third. The son of Curlin and Grade 1 winner Tiz Miz Sue could show more, however, for trainer Dallas Stewart. Stablemate Unified Report is a perfect 3-for-3 in sprints. Coming off a pair of stakes wins over fellow Louisiana-breds, Unified Report has the stalking style that could translate to a route of ground, if he’s good enough at this level. The Stewart colts are drawn next to each other, Surfer Dude on the rail and Unified Report in post 2.
Asmussen likewise has another entrant in Presidential, a three-quarter brother to champion Classic Empire. The $625,000 yearling purchase outclassed the opposition in an Indiana Grand maiden, sweeping from off the pace to a 7 3/4-length conquest when last seen Aug. 31. Presidential takes a substantial class hike off the layoff.
Gun Runner himself has two in the line-up, with Cyberknife giving him a second chance after Pappacap. Trained by Brad Cox, Cyberknife was disqualified for interference when crossing the wire first in his Churchill premiere. He just missed second time out, and got the job done in his latest at this track and trip. The addition of blinkers could help Cyberknife become more professional, and he keeps Florent Geroux in the saddle. It would be ironic if a Gun Runner exacta is foiled by Epicenter, the colt who won the Gun Runner S. in his honor.
Trafalgar is also climbing into stakes company for the first time for Al Stall Jr. The well-named son of Lord Nelson has won his past two, a Churchill maiden from far back and a Fair Grounds allowance from close up. Trafalgar started out at Saratoga, where he was runner-up to Classic Causeway, who subsequently placed in the Breeders’ Futurity (G1) and Kentucky Jockey Club (G2).
Call Me Midnight hopes to turn the page on his seventh in the Nov. 27 Kentucky Jockey Club. The Keith Desormeaux pupil had previously been on the upswing, chasing home Giant Game (the future third in the Breeders’ Cup Juvenile) at Keeneland before scoring at Churchill. Interestingly, Call Me Midnight’s win came with jockey James Graham, and they reunite here.
The Wayne Catalano-trained Blue Kentucky has fared best in sprints so far, but his staying-on third in the Dec. 27 Sugar Bowl S. implies that he could handle this distance.
The finale on Saturday’s 14-race card, with a 7:20 p.m. (ET) post time, the Lecomte is one stop on the Fair Grounds Road to the Derby that continues through the Risen Star (G2) and Louisiana Derby (G2). 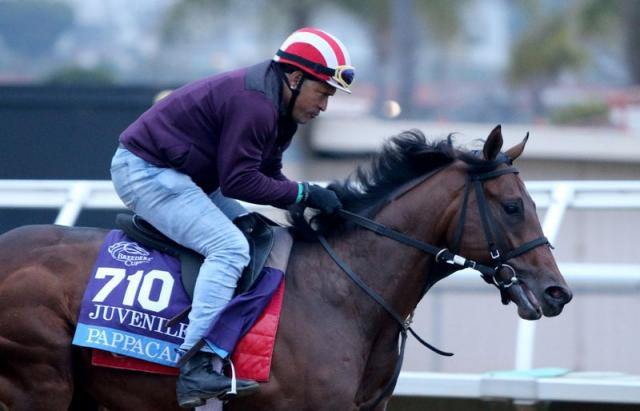