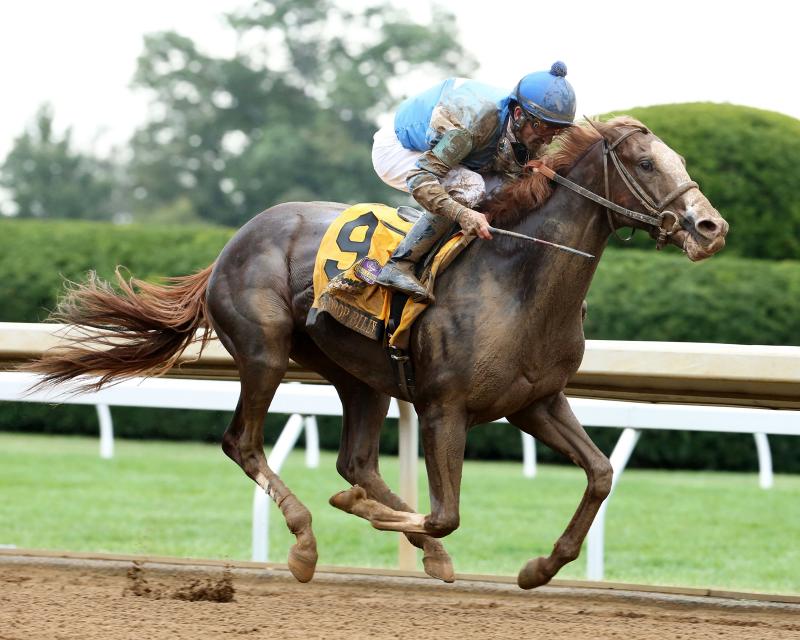 It’s the biggest race for 2-year-olds and can have major Kentucky Derby implications. The $2 million Breeders’ Cup Juvenile (G1) at Del Mar on November 4 has attracted 13 pre-entries and let’s take a closer look at the runners:

Bolt d’Oro will be a strong favorite, likely odds-on (even-money odds or lower) by post time, and click here to read a profile of the unbeaten multiple Grade 1 winner. Trained by Mick Ruis, the Medaglia d’Oro colt will be ridden by Corey Nakatani.

Louisville-based Dale Romans, who is on the verge of becoming the all-time leading trainer by wins at Churchill Downs, will send out a pair of Juvenile challengers.

Free Drop Billy is the expected second choice in the wagering following a convincing victory in the Breeders’ Futurity (G1) at Keeneland. A son of 2012 Belmont Stakes hero Union Rags, the chestnut colt figures to keep Robby Albarado in the saddle.

Romans is also responsible for Hollywood Story, who will be seeking his first stakes tally after recording runner-up finishes in the Iroquois (G3) and Saratoga Special (G2). By Malibu Moon, who also sired 2013 Kentucky Derby victor Orb, the dark bay colt will probably need a new pilot after being ridden by Albarado in all three starts.

A pair of quality Europeans, Mendelssohn and U S Navy Flag, added intrigue to the pre-entries. Owned by Coolmore and trained by Aidan O’ Brien, both colts are cross-entered to the Breeders’ Cup Juvenile Turf (G1) and Mendelssohn appears more likely to try the main track than his stablemate.

Runner-up to U S Navy Flag in the October 14 Dewhurst (G1) at Newmarket (England), Mendelssohn is bred to relish a dirt track. The Scat Daddy colt hails from the mare Leslie’s Lady, making him a half-brother to the legendary Beholder (four-time champion and three-time Breeders’ Cup race winner) and Grade 1 scorer and sire Into Mischief. Mendelssohn cost $3 million at the 2016 Keeneland September yearling sale and is eligible to keep improving after displaying nice class last time.

The Tabulator will bring speed to the equation. The front-running colt won his first two starts sprinting before successfully stretching out to 1 1/16 miles in the Iroquois at Churchill Downs. Larry Rivelli trains the son of Dialed In and Jose Valdivia Jr. rides.

Hall of Fame trainer and four-time Kentucky Derby winner Bob Baffert will be represented by Solomini. Owned by Zayat Stables, who campaigned 2015 Triple Crown hero American Pharoah with Baffert, Solomini posted a good-looking debut maiden victory at Del Mar and finished second to Bolt d’Oro in the September 30 FrontRunner (G1) at Santa Anita. By Curlin, the chestnut colt is eligible to keep moving forward in his second stakes attempt and leading Southern California jockey Flavien Prat has the call.

Firenze Fire and Good Magic, the top two respective finishers from the October 7 Champagne (G1) at Belmont Park, add further depth to what promises to be an exciting edition of the Juvenile. 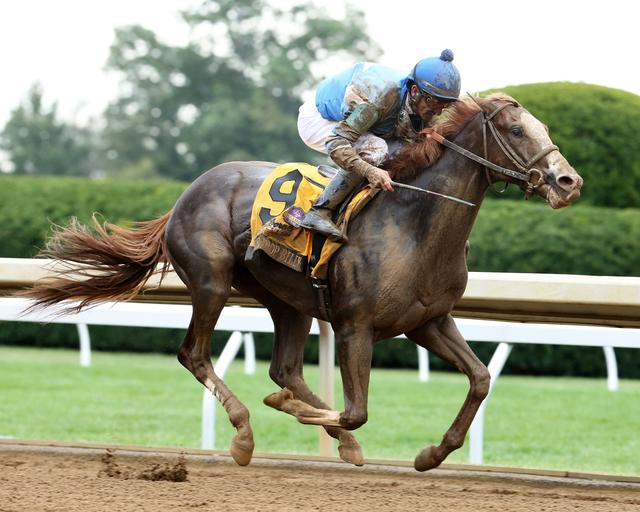