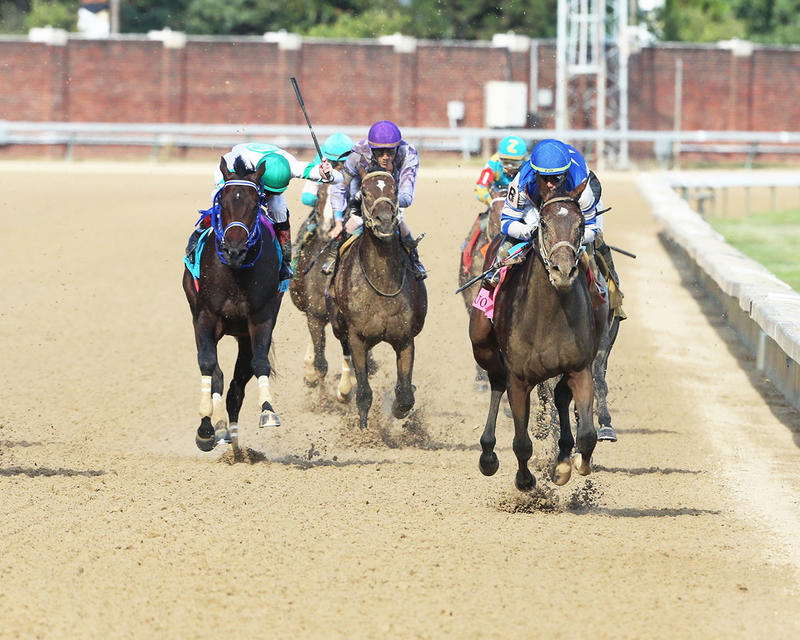 Albaugh Family Stables, LLC’s Dennis’ Moment picked up 10 points on the “Road to the Kentucky Derby” leaderboard following his impressive score in Saturday’s $200,000 Iroquois Stakes (G3) at Churchill Downs. The two-year-old was a facile 1 ¾-length winner in his stakes debut after clocking 1 1/16 miles on the fast dirt surface in a stakes-record 1:43.58. His tally in the “Win and You’re In” event also earned him a starting berth in the 2019 Breeders’ Cup Juvenile (G1) at Santa Anita on November 1.

Trained by Dale Romans, the juvenile colt was always well-regarded by his connections but things didn’t go as planned on debut. The $400,000 Saratoga Yearling purchase was unveiled in a maiden special weight dash on June 23 at Churchill and clipped heels early on, eventually dumping jockey Robby Albarado soon after.

Dennis’ Moment was sent postward as the 9-10 choice in his second lifetime performance at Ellis Park, and the youngster more than justified his favoritism in that heat. Breaking best under Miguel Mena, the Kentucky-bred took command early and never gave his foes a chance en route to a sensational 19 1/4-length victory in a seven-furlong assignment.

The bay colt was a heavy favorite in the Iroquois and showed why once again, as he readily took the lead in early stretch and drove home in style while being geared down through the final sixteenth of a mile beneath Irad Ortiz, Jr. The fashion in which the youngster won the race hints that there is much more in the tank going forward.

As Ortiz, Jr. stated following the race, “ He felt great, really great for a 2-year-old. He did everything right. I asked him to run and he was going really well. He had some more, but I saved it for the end. He was going to win going away, so I didn't ask him for any more.”

Dennis’ Moment earned a 95 BRIS Speed figure in his maiden waltz and followed that up with a stout 98 in the Iroquois. The son of two-time Breeders’ Cup Classic (G1) star Tiznow is cut out to run long and has a seemingly limitless ceiling. He is bred to thrive at route distances through his sire, and his female family is also inundated with stamina influences such as Deputy Minister, Pleasant Colony and Round Table.

It is more than seven months until the 2020 Kentucky Derby (G1) on May 2nd, but Dennis’ Moment has given his connections plenty of reasons to start dreaming of roses. 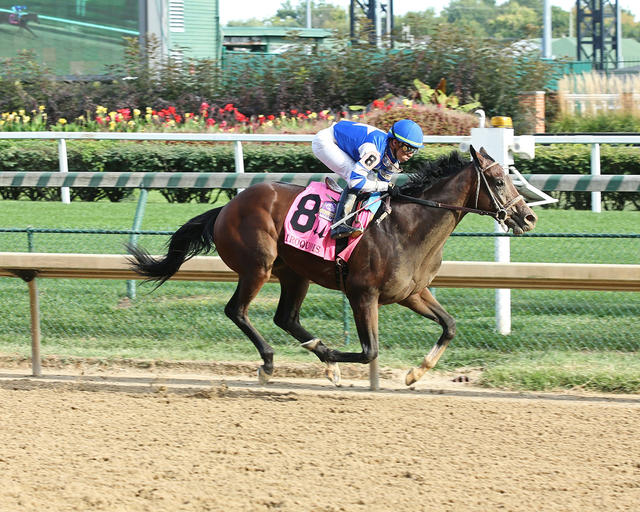