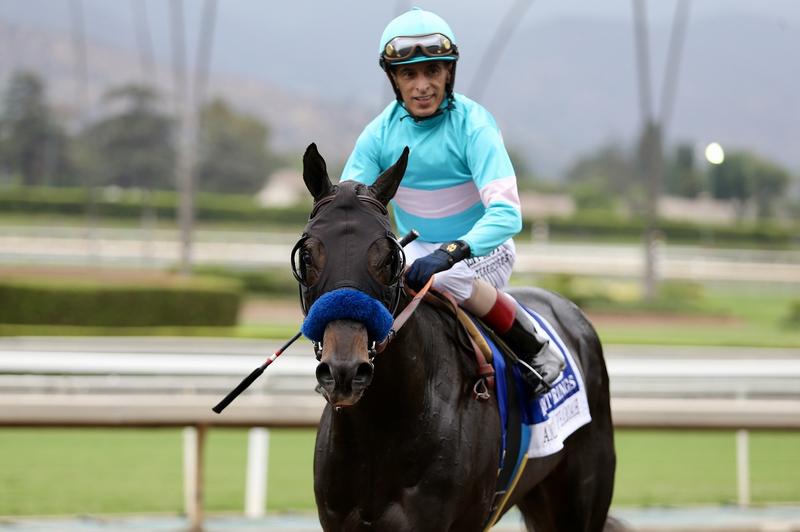 Starlight Racing, SF Racing, LLC, Madaket Stables, LLC, Fred Hertrich III, John D. Fielding and Golconda Stables’ Eight Rings opened up a sizable edge early and never looked back en route to a six-length waltz in the $301,404 American Pharoah (G1) at Santa Anita on Friday. The two-year-old colt justified his 6-5 favoritism and earned an automatic berth to the Breeders’ Cup Juvenile (G1) on November 1 in the “Win and You’re In” contest.

Eight Rings earned his first stakes win after completing 1 1/16 miles on the fast main surface in 1:45.41. Piloted by John Velazquez, the Kentucky-bred also earned 10 points on the “Road to the Kentucky Derby” challenge series for his fine efforts, and he currently sits in a tie atop the leader board.

The Bob Baffert-trained son of Empire Maker was unveiled on August 4th at Del Mar and went postward as the 3-5 choice in a six-horse field going 5 1/2 furlongs. Eight Rings moved to the front approaching the turn for home in his debut and powered home a most impressive winner while earning a robust 100 BRIS Speed number in the dash.

The colt was backed to 1-2 odds in the subsequent Del Mar Futurity (G1), but he unseated jockey Drayden Van Dyke in the early stages to lose all chance. The budding superstar didn’t miss a beat following that mishap, however, and he entered the American Pharoah off of three strong morning drills before dusting his foes with ease. Eight Rings registered a strong 95 BRIS Speed figure on Friday.

Produced from Canadian Grade 3 heroine Purely Hot, the colt rates as the one to beat leading up to the Breeders’ Cup Juvenile (G1) at his home base. He proved the ability to carry his speed a route of ground, and the $520,000 yearling purchase might just be scratching the surface of his abilities.

As John Velazquez stated following his victory atop the colt, “He’s still not 100 percent confident in what he needs to do...if he can put his mind to running, he’ll be a dangerous horse.”

Eight Rings is a sensational prospect not only for this campaign, but also going into and throughout 2020. For a juvenile to dominate a Grade 1 race while his ‘mind was not on running’ says a lot about the immense amount of talent that he possesses. 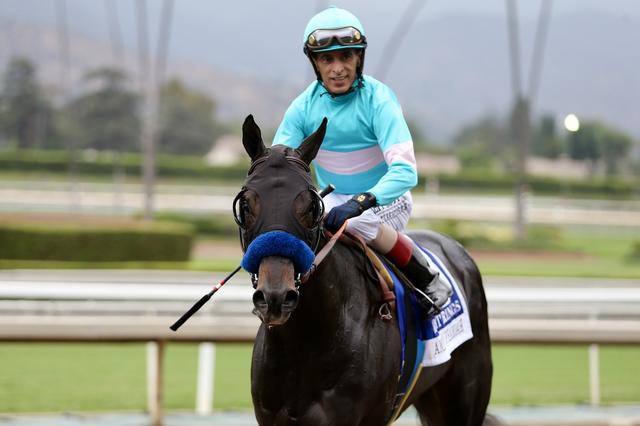