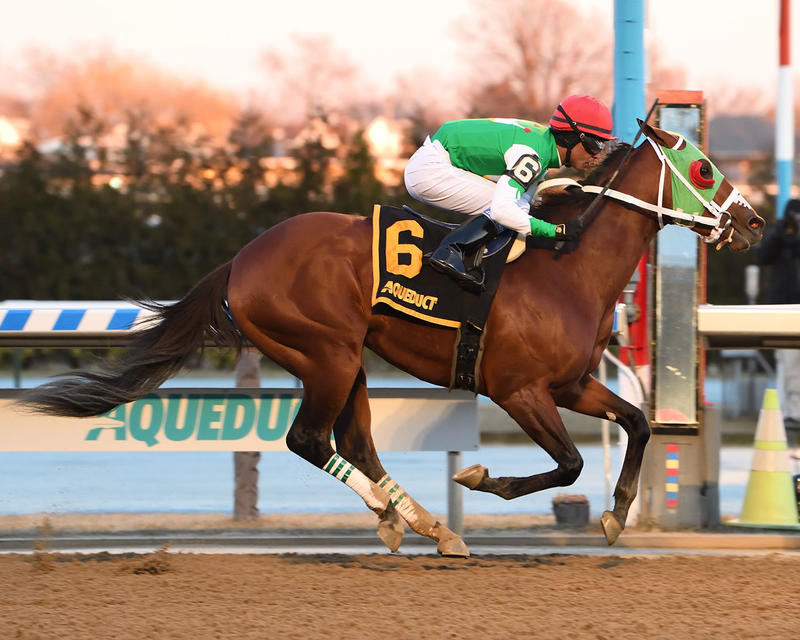 Mischevious Alex wins the 2020 Gotham Stakes (Viola Jasko)
Cash is King and LC Racing’s Mischevious Alex picked up 50 points on the 2020 Road to the Kentucky Derby after posting a two-length score in the $300,000 Gotham (G3) at Aqueduct. The talented colt traveled 1 mile on the fast main surface in 1:38.80 under the guidance of Kendrick Carmouche. The John Servis trainee earned his second graded stakes victory in succession to move his lifetime line to 7-4-1-1, $344,230.
Mischevious Alex was unveiled on June 25 at Parx and made his debut a winning one over maiden special weight foes. An allowance second at Laurel followed, which preceded a third-place finish in the Sapling S. at Monmouth Park. The bay was unplaced on the turf in the Laurel Futurity to cap his 2-year-old season.
He was a dominant winner of the Parx Juvenile S. to commence 2020, and the surging sophomore was seven lengths clear under the wire in the Swale (G3) at Gulfstream Park most recently.
The colt was bred in the Bluegrass State by WinStar Farm and changed hands on a pair of occasions at public auction. The colt was sold for $75,000 at the 2018 Keeneland September Yearling Sale to Eisaman Equine, prior to attracting a final bid of $140,000 at the 2019 OBS Spring Two-Year-Olds in Training Sale from his current connections.
The son of Into Mischief is the first stakes star out of the winning Speightstown mare White Pants Night, who is a half-sister to Grade 3 victor Hebbronville, two-time stakes hero Master of Disaster, as well as stakes heroine A Day for Dancing.
Mischevious Alex is unbeaten in three starts since adding blinkers. The bay has earned solid Brisnet Speed figures (97, 99, 96) following the equipment change, but he must get faster to be mentioned with the best of his generation. In addition, his pedigree is inundated with speed influences which could hinder his chances at thriving at classic distances.
The $750,000 Wood Memorial (G2) at Aqueduct on April 4 is a possible next stop for Mischevious Alex. 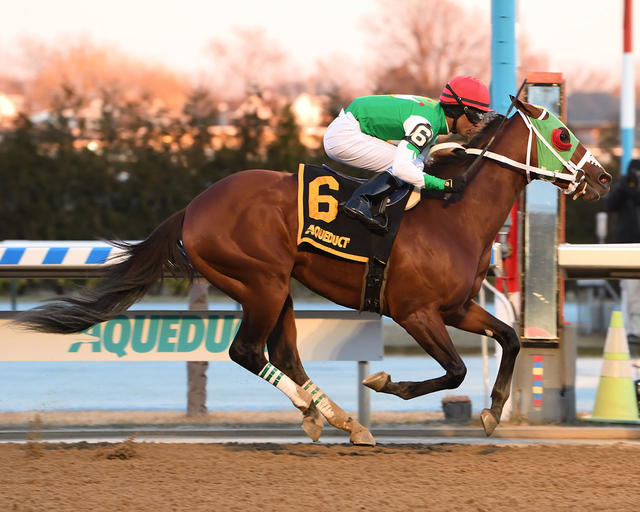