Tales from the Crib: Gray Magician 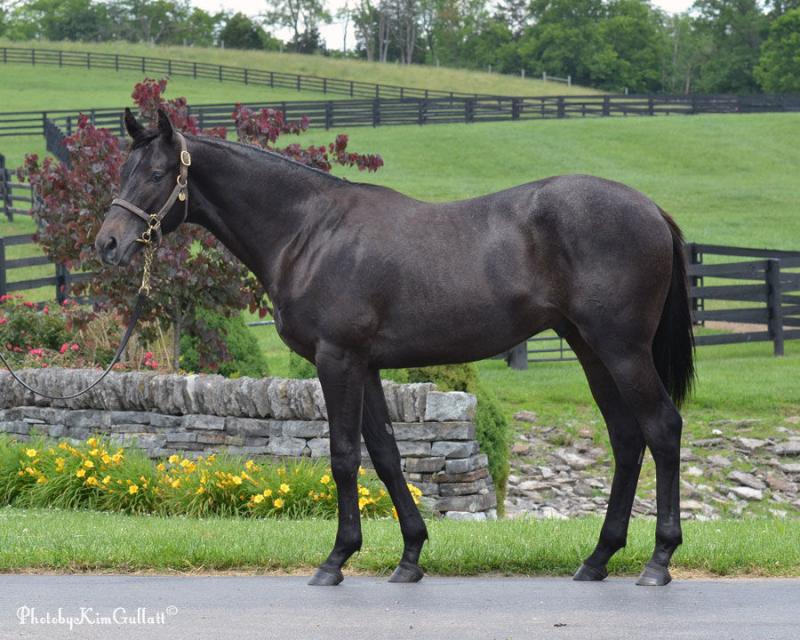 One year after full brother Lombo briefly tried the Kentucky Derby (G1) trail, Gray Magician has shown more stamina to earn his spot in the “Run for the Roses.”

Gray Magician was bred by Twin Creeks Farm in Kentucky. The nom de course of Ruston, Louisiana, native Steve Davison, the farm and racing stable are managed by his best friend from childhood, Randy Gullatt, a trainer himself.

While Twin Creeks has also co-bred multiple Grade 1 star To Honor and Serve, the racing side of the operation has campaigned (alone or in partnership) such notables as 2016 Belmont (G1) near-misser Destin; multiple Grade 1 winner Constitution; 2010 Louisiana Derby (G2) hero Mission Impazible, who competed in the Kentucky Derby; and Gray Magician’s sire Graydar, a brilliant winner of five of six career starts including the 2013 Donn H. (G1), New Orleans H. (G2) and Kelso H. (G2).

Gray Magician’s dam, Burg Berg, was a useful turf performer in Southern California. Her name a play on her parents – transatlantic champion Johannesburg and multiple Grade 1-placed stakes winner Snowberg – Burg Berg captured the 2010 Swingtime S. and placed in a handful of stakes, most significantly the Royal Heroine Mile (G2).

Purchased by Twin Creeks as a broodmare for $200,000 at Keeneland November in 2012, Burg Berg visited Graydar and produced the aforementioned Lombo, who became a sales ring veteran himself.

Last season, Lombo stepped up from a convincing maiden win in a sprint and wired the Robert B. Lewis (G3) at Santa Anita. His dalliance with the Derby trail ended after he faded to last in the San Felipe (G2). He made an appearance on Derby Day, reverting to one turn in the Pat Day Mile (G3), and wound up sixth. Lombo was given a freshening and returned victorious for new trainer Phil d’Amato in September, in a six-furlong allowance at Los Alamitos. Not seen since, Lombo is now working toward his four-year-old bow.

Gray Magician was foaled February 16, 2016, and early on resembled his older brother.

“Lombo and Gray Magician were very similar physicals,” Gullatt said. “Gray Magician was very straightforward in his development,” a “very sound and well put together colt.”

Cataloged as a weanling for Keeneland November, the yet-unnamed colt ended up skipping that sale and instead pointed for Fasig-Tipton Kentucky July. He was consigned by Taylor Made, home of sire Graydar, who had another future stakes performer in the same sale – Gray Attempt. Also sold under the Taylor Made Sales Agency banner, Gray Attempt won a trio of stakes this winter, notably the Smarty Jones at Oaklawn.

“We probably had him in the wrong sale,” Taylor said. “He was gawky, like an eighth-grader who grew five inches in three months.”

Thus in the super-competitive sales environment, prospective buyers turned the page on the yearling, and he was led out unsold after bidding stalled at $18,000.

That presented an opportunity for a private sale, and Raul Reyes of King’s Equine struck a deal to buy him. Known for his work with youngsters at his Ocala training center, in preparing them for both two-year-old sales and the racetrack, Reyes’ most famous graduate is four-time Eclipse Award champion Beholder.

Gray Magician was entered in last April’s Barretts Spring Sale in California, but was withdrawn. He was once again the subject of a private acquisition.

Soon surfacing on the Santa Anita worktab, Gray Magician debuted at Del Mar for owner/trainer Hector Palma. His troubled third caught the eye of Aron Wellman’s Eclipse Thoroughbred Partners, who promptly bought into the colt. The ownership syndicate, which came close in the 2014 Derby with third-placer Danza, also co-owned Destin with Twin Creeks, and gained compensation with Tapwrit in the 2017 Belmont.

Gray Magician next placed to two Bob Baffert rompers, Magic on Tap and Derby rival Improbable, and his efforts in defeat gained him two more co-owners. Wachtel Stable and Gary Barber joined the partnership with Eclipse, and transferred the colt from Palma to trainer Peter Miller.

Stretching out to a mile in his first start for the barn, Gray Magician aired by 9 1/2 lengths back at Del Mar in November. After a fourth in the Sham (G3) and a fifth in a Santa Anita allowance on a sloppy track, he shipped to Maryland for the Miracle Wood and finished second to Preakness (G1) contender Alwaysmining.

Gray Magician traveled much further for the UAE Derby (G2) on the Dubai World Cup card, and although second again, turned in his best performance yet. Enduring a wider trip throughout than the victorious Plus Que Parfait, he missed by only three-quarters of a length.

The once-gawky yearling had grown into a classic contender who stayed the about 1 3/16-mile trip in Dubai well. By exceeding older brother Lombo’s distance limitations, he also scored the requisite Derby points that had appeared elusive at home.

Now Gray Magician is running for more than just himself and his connections. In the aftermath of the horrific shootings at the Chabad of Poway, Wellman, Wachtel, Barber, and Miller are all pledging donations to the synagogue and other organizations in a spirit of support and solidarity. That includes a portion of their Derby 145 earnings.

“So the group plans to open up their collective pocketbook, one way or another. There will be a check. The unknown: How big will it be?”

That’s up to whether Gray Magician can conjure up something special. 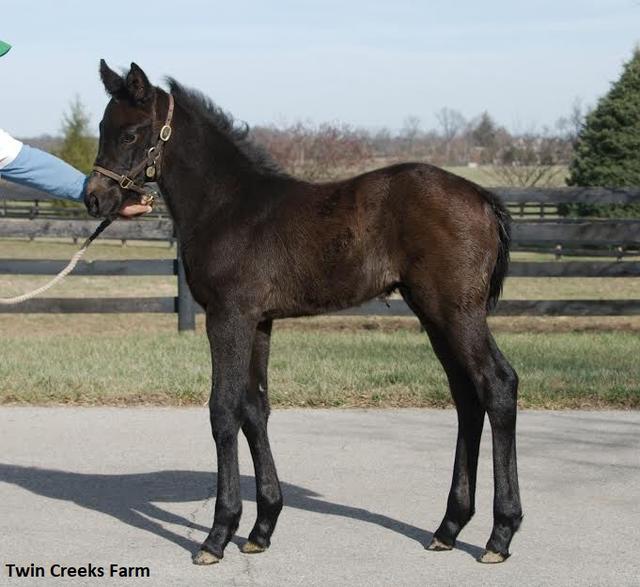