Tales from the Crib: Hence

Calumet Farm is the most successful owner/breeder in Kentucky Derby (G1) history.

A record eight winners have represented the Lexington, Kentucky, establishment, including such Triple Crown legends as Whirlaway (1941) and Citation (1948), and the unlucky Tim Tam (1958), who was two-thirds of the way to joining them before sustaining a career-ending injury in the Belmont (G1).

Calumet also owns the record as the Derby’s all-time leading breeder, boasting a total of nine winners. In addition to their eight homebreds, Strike the Gold (1991) was bred by Calumet but raced for William J. Condren, B. Giles Brophy, and Joseph M. Cornacchia. He was sired by another Calumet star, Alydar, famous for his trio of near-misses to archrival Affirmed in the 1978 Triple Crown.

Now Calumet is experiencing a resurgence under new proprietor Brad Kelley, whose goal is to produce classic-caliber Thoroughbreds. Just one year after Kelley secured the property, Calumet was back with a top sophomore in 2013 Preakness (G1) winner Oxbow.

That same fall, Calumet went on a shopping spree at the Keeneland November Breeding Stock Sale, buying in-foal mares with the right bloodlines to fit their breeding program. Three of those purchases were actually carrying 2017 Kentucky Derby contenders – Hence and Patch (whose Tale is here), both with sufficient points to make the field, and Sonneteer (whose Tale is here), formerly a “bubble” horse who got the necessary defections in time to join them in the starting gate.

Hence’s dam, Floating Island, is a beautifully bred daughter of A.P. Indy and a half-sister to Canadian Broodmare of the Year Pico Teneriffe. Yet by the time she toured the Keeneland auction ring as an 11-year-old, she hadn’t produced any notable offspring. Offered in foal to Street Boss, Floating Island turned out to be a bargain at $55,000.

On March 28, 2014, her chestnut colt was born. He was such a handsome baby that his appearance prompted his name, as farm manager Eddie Kane explains.

“Hence was always a good-looking horse – ‘hence’ he should be fast,” Kane said.

But Patch and Sonneteer were no slouches either. Indeed, the trio had quite a bearing.

“It sounds cliché,” Kane observed, “but all of them stood out amongst the others. Whether inspecting them on the shank or spotting them out in the field, they all seemed to carry a presence.” 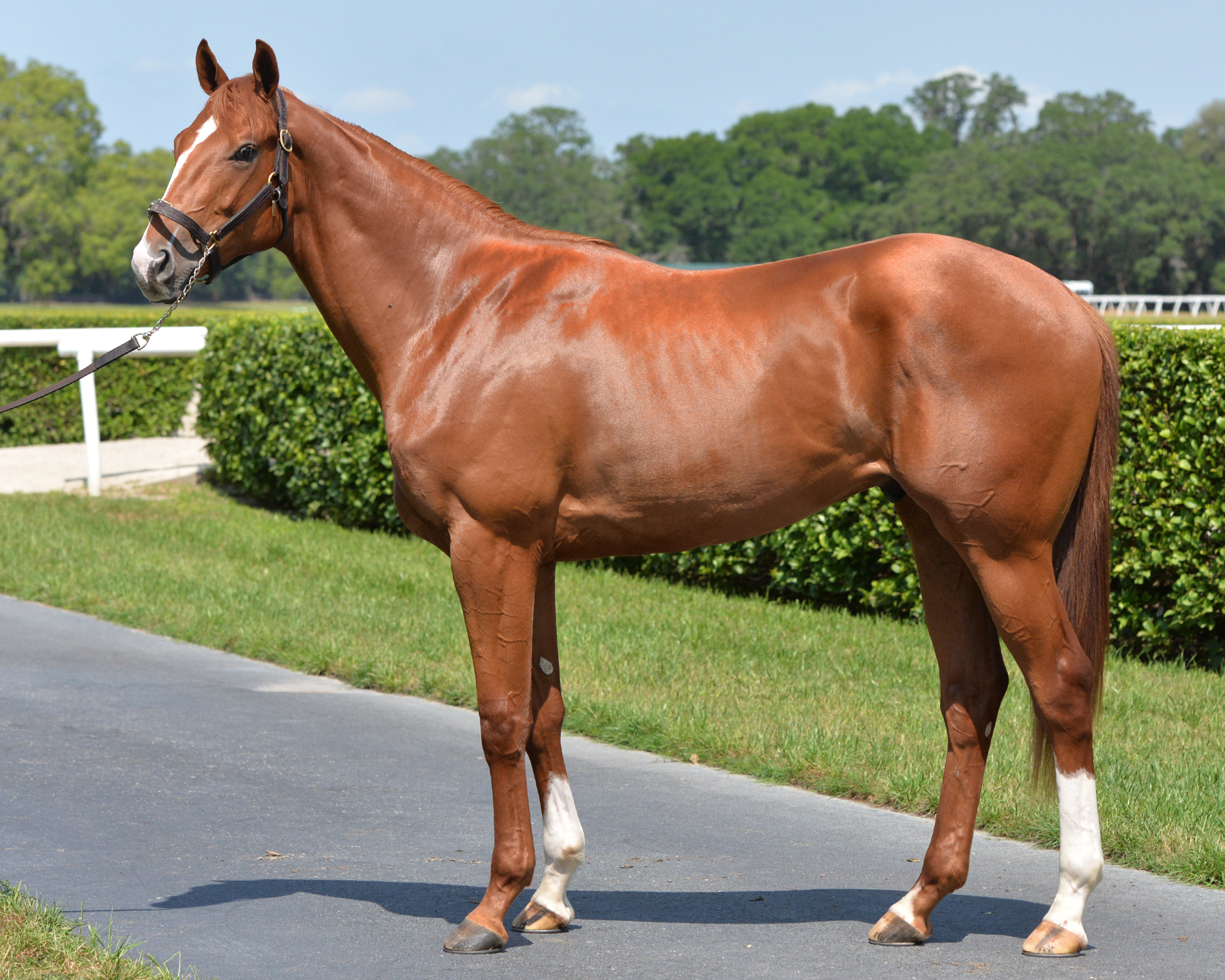 The Calumet youngsters were sent to Stonestreet Training Center near Ocala, Florida, where they received their early education with Ian Brennan. Then once they were ready to graduate to the racetrack, decisions had to be made about who would go to which trainer.

Kane described the kinds of factors that are considered.

“There are multiple considerations that contribute to this process. Our relationship with the trainer, and our share of mind in their stable. Their style, success rate and history with a given bloodline. And is the horse precocious, and how does that fit? Geography plays some role, but less than it has historically.”

Hence was assigned to Steve Asmussen. Like his Calumet buddies, he was forward enough to begin working relatively early. He posted his first official work at Keeneland last June 6. Judged worthy of making his trainer’s string for the prestigious Saratoga meet, Hence was a green seventh in his August 27 debut. But he benefited from the experience, and by stretching out in distance, in his subsequent starts.

As the Sunland Derby (G3) winner, Hence is arguably Calumet’s leading Derby hope. “Hence” it would be fitting for him to further Calumet’s grip on the Derby record book.

Photos of Hence courtesy of Stonestreet 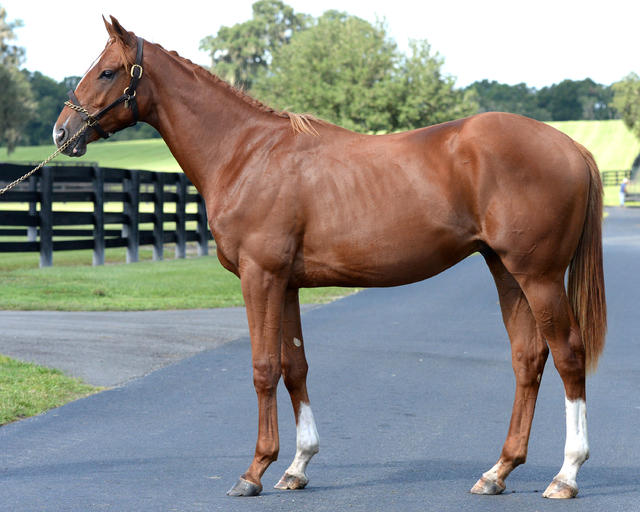