Tales from the Crib: Midnight Bourbon 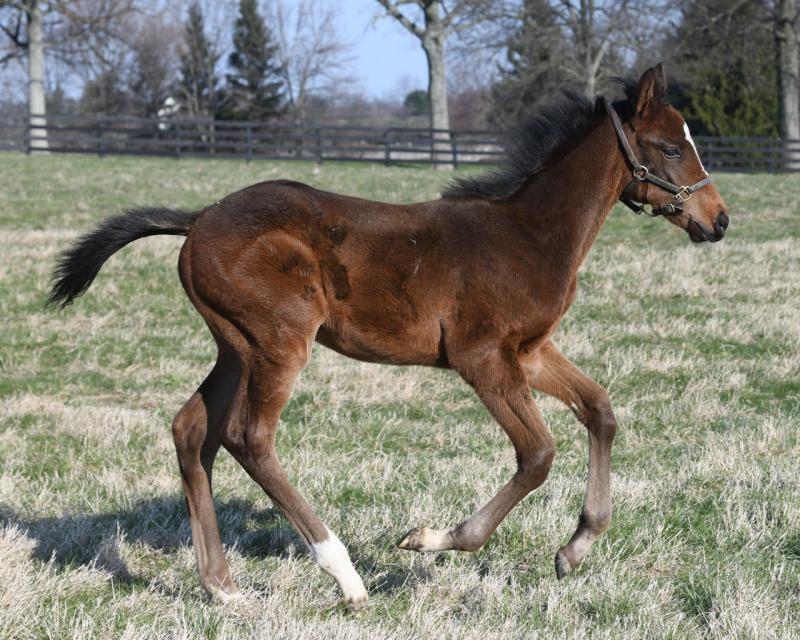 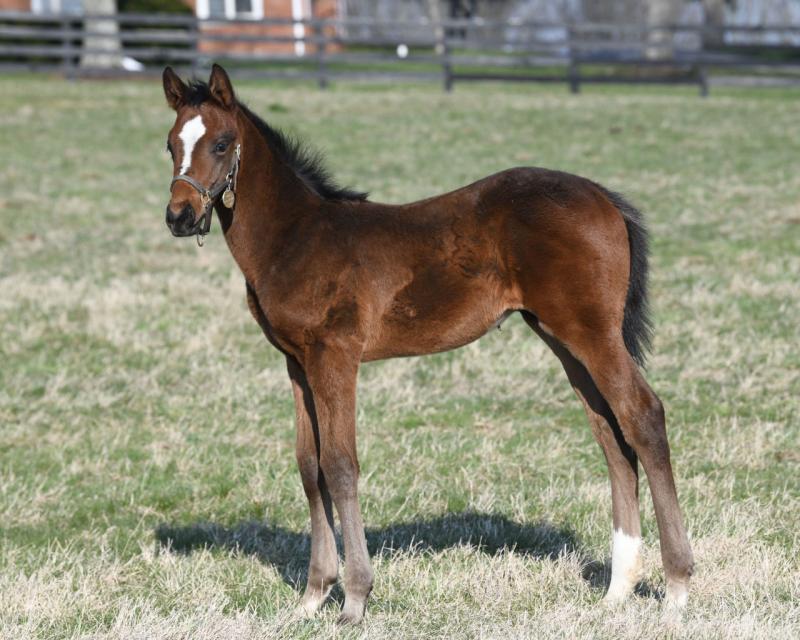 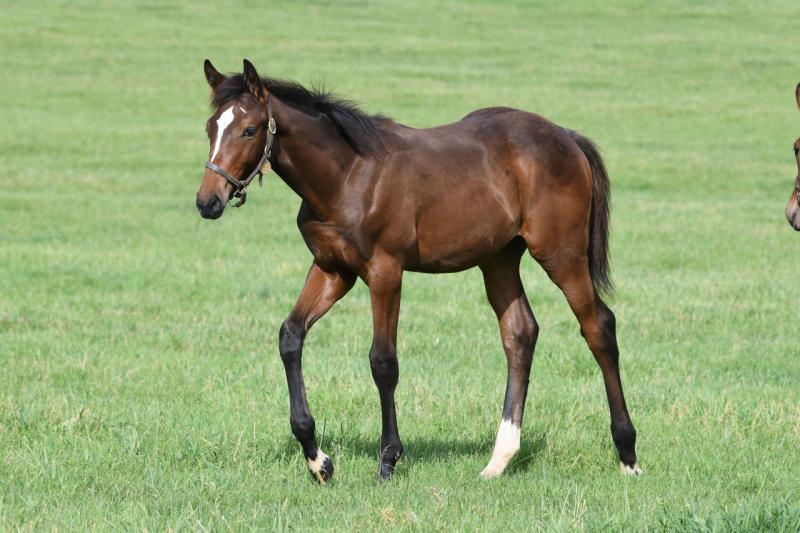 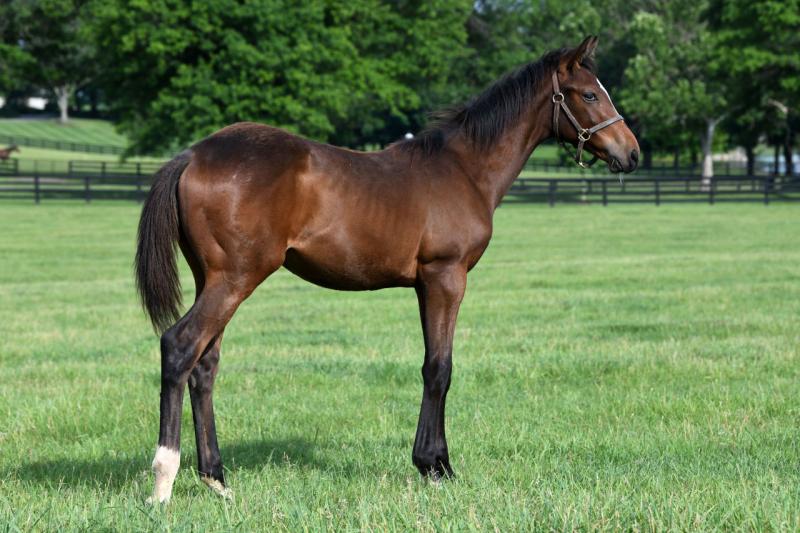 Handsome is as handsome does, as the saying goes. But Midnight Bourbon often runs up to his movie-star good looks.

The striking son of Hall of Famer Tiznow was bred by Stonestreet Thoroughbred Holdings, Barbara Banke’s farm that is also responsible for three fillies in Friday’s Kentucky Oaks (G1). While homebreds Clairiere and Pauline’s Pearl still carry the Stonestreet silks, early Oaks favorite Malathaat was sold for $1.05 million as a Keeneland September yearling.
Midnight Bourbon would eventually be earmarked for Keeneland September himself. Foaled on January 25, 2018, the bay is the fourth registered foal from the Malibu Moon mare Catch the Moon. 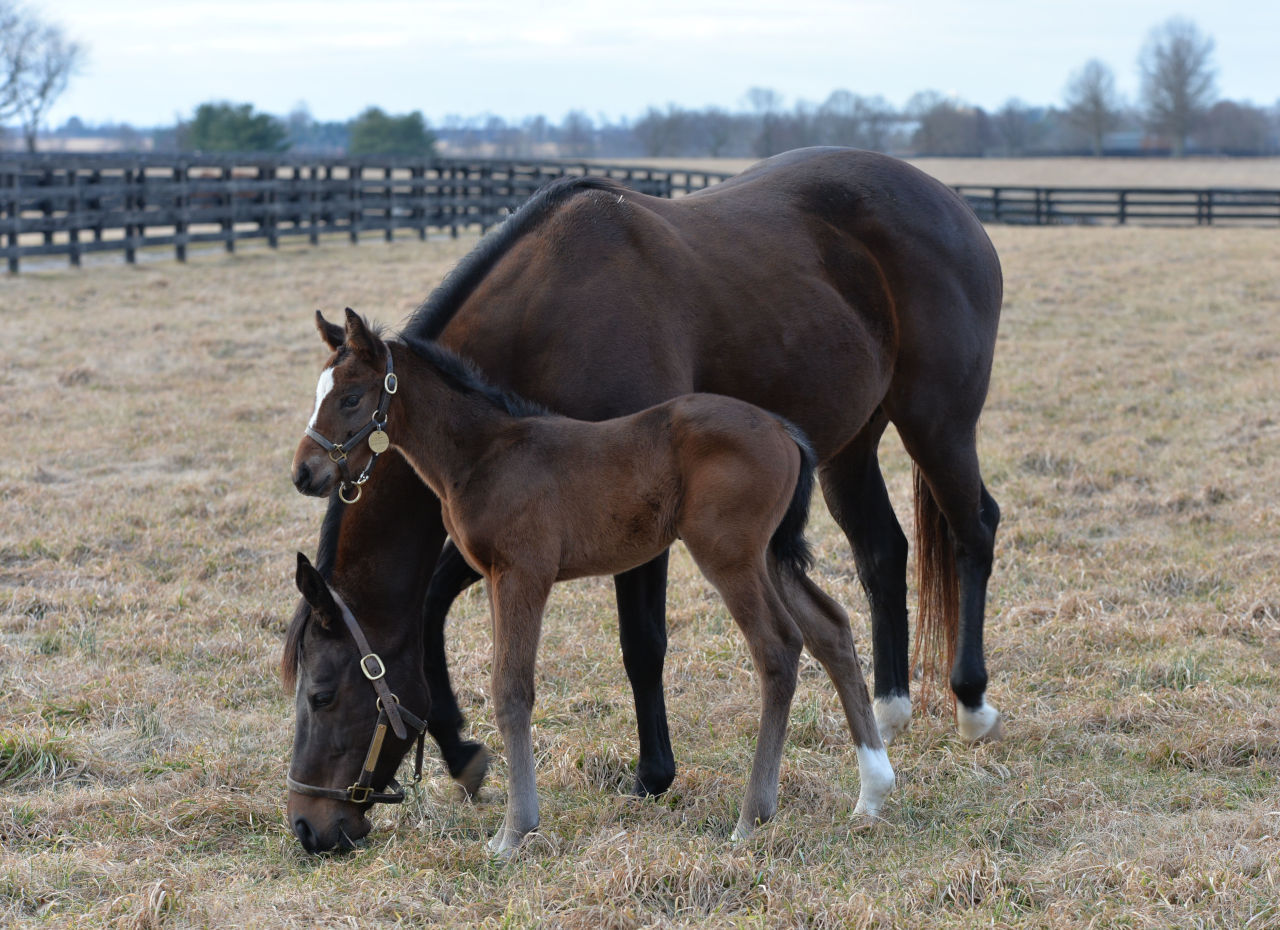 His dam had been acquired by Stonestreet for $240,000 at Keeneland November in 2015, a couple of months after her first foal, Cocked and Loaded, captured the Iroquois (G3). Catch the Moon proved well bought, for unbeknownst at the time, her second foal, Girvin, would turn out even better.
Girvin, whose existence hinged on a dart throw, received his own “Tales from the Crib” treatment after capturing the 2017 Risen Star (G2) and Louisiana Derby (G2). Ill-timed foot problems complicated his training before the Kentucky Derby, where he wound up 13th, but he rebounded over the summer to score a career high in the Haskell (G1).
Catch the Moon was in foal to Shanghai Bobby when she joined the Stonestreet band, and he too became a graded stakes performer. Named Pirate’s Punch, he placed third in the 2019 Super Derby (G3) nine days before Midnight Bourbon strode the Keeneland sales ring.
The unnamed yearling was consigned by Warrendale Sales as agent. Although cataloged in Book 3, as Hip No. 1941, his placement in the marathon sale’s second week did not cause him to be overlooked. On the contrary, he commanded plenty of attention from prospective buyers.
Hunter Simms, a partner in Warrendale with the firm’s founder Kitty Day, recalled how Midnight Bourbon presented himself:
“I think the most distinctive thing about him was his really dark haircoat and this bright white blaze. He looks a lot like his sire in the same regards as well as carrying some of his physical traits.
“He had a lot of leg underneath of him and was really well balanced. He moved so easy and fluid, really light on his feet.” 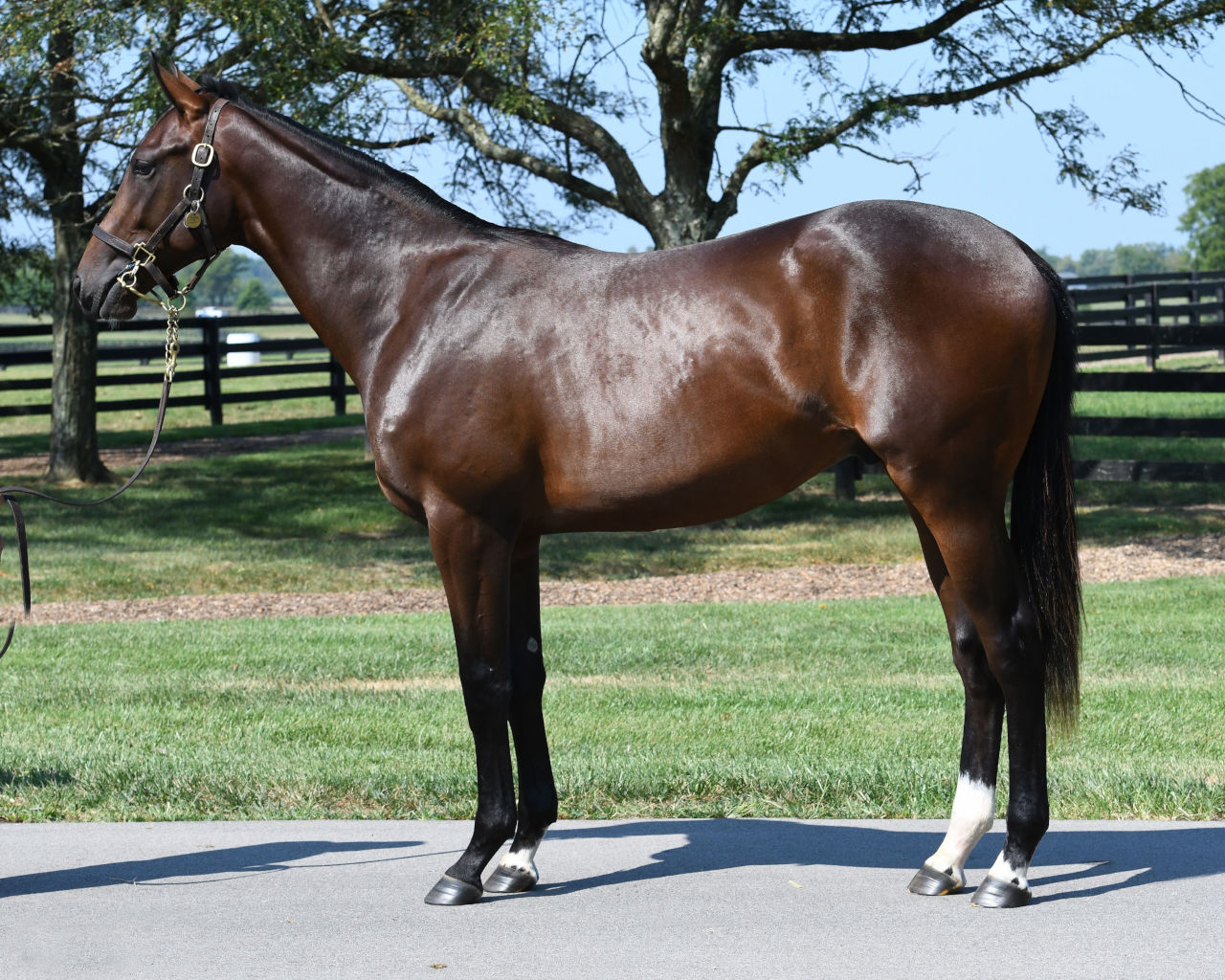 Simms praised Stonestreet’s team, led by yearling manager Robert Turner, for doing a “fantastic job at getting them ready for the sales.”
After his prep program at Stonestreet, Midnight Bourbon moved to the Warrendale consignment at Keeneland just ahead of his sale date. Indeed, he was only on the premises for one full day before he toured the auction ring.
Simms logged that Midnight Bourbon was “shown about 125 times in a day and a half and had 15 vettings by some of the best judges in the game.”
One of those interested parties was Winchell Thoroughbreds, which prevailed to buy the colt for $525,000 – the second-highest price of that session, the seventh day of the sale.
“He was just a really classy horse that presented himself well while at the sales,” Simms concluded. “Thus Stonestreet was rewarded by the sales price.”
Named Midnight Bourbon, the colt had both the pedigree and physique of one who would only improve with maturity. Hence his juvenile campaign hinted of a foundation for the future. After an Ellis Park maiden romp, he tried to emulate half-brother Cocked and Loaded in the Iroquois, but placed a solid second. Midnight Bourbon then finished a distant third in the Champagne (G1) and called it a season.
His sophomore debut in the Lecomte (G3) renewed the idea that this could be his year, as Midnight Bourbon went wire to wire at Fair Grounds. In the process, he made his dam a 100% producer of graded stakes winners. Along with Cocked and Loaded and Girvin, his other half-brother, Pirate’s Punch, took last fall’s Salvator Mile (G3) at Monmouth.
While Midnight Bourbon couldn’t follow in Girvin’s hoofsteps in the Risen Star and Louisiana Derby, he continued his consistent pattern by placing in both preps. And he improved his finishing position from a third in the Risen Star to a second in the Louisiana Derby.
As Hall of Fame trainer Steve Asmussen keeps pointing out, Midnight Bourbon is taking forward steps at the right time. Additional progress on Derby Day could finally win the elusive roses for Asmussen and the Winchell family.
Stonestreet is likewise seeking a first Kentucky Derby, after placing with Curlin (2007) and his homebred son, Good Magic (2018). Hall of Famer Curlin was a private purchase in the relatively early days of the stable established by Banke’s late husband, wine magnate Jess Jackson. His middle name, Stonestreet, was also bestowed upon one of his California wine estates.
Banke has built upon his legacy in both the winemaking and Thoroughbred worlds, each requiring human creativity and patience to tease out the best from nature.
“Stonestreet is a top-class operation,” Simms commented, “and their breeding of horses is second to none. Just look at the three horses they bred that are in the Oaks and then this colt in the Derby. They have assembled one of the best broodmare bands in the world and breed to high-class stallions, so their offerings at sale have some of the best pedigrees you will find.”
Midnight Bourbon can raise a glass to that. 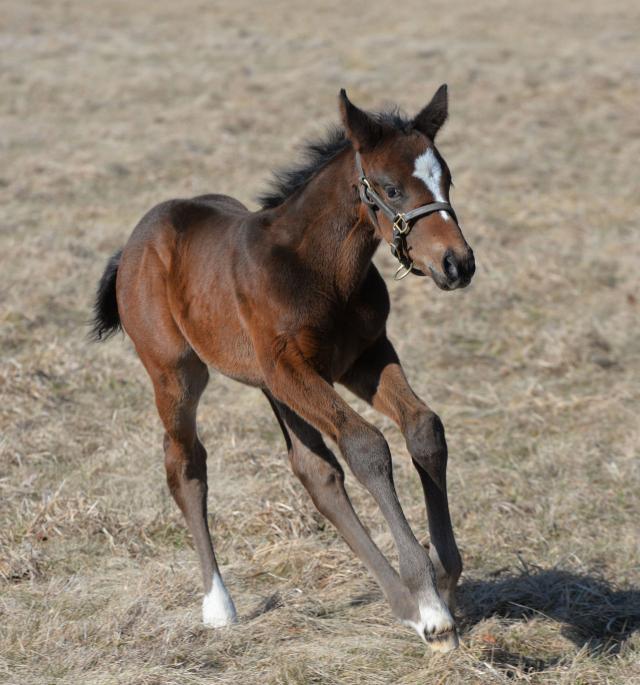