Tales from the Crib: Solomini 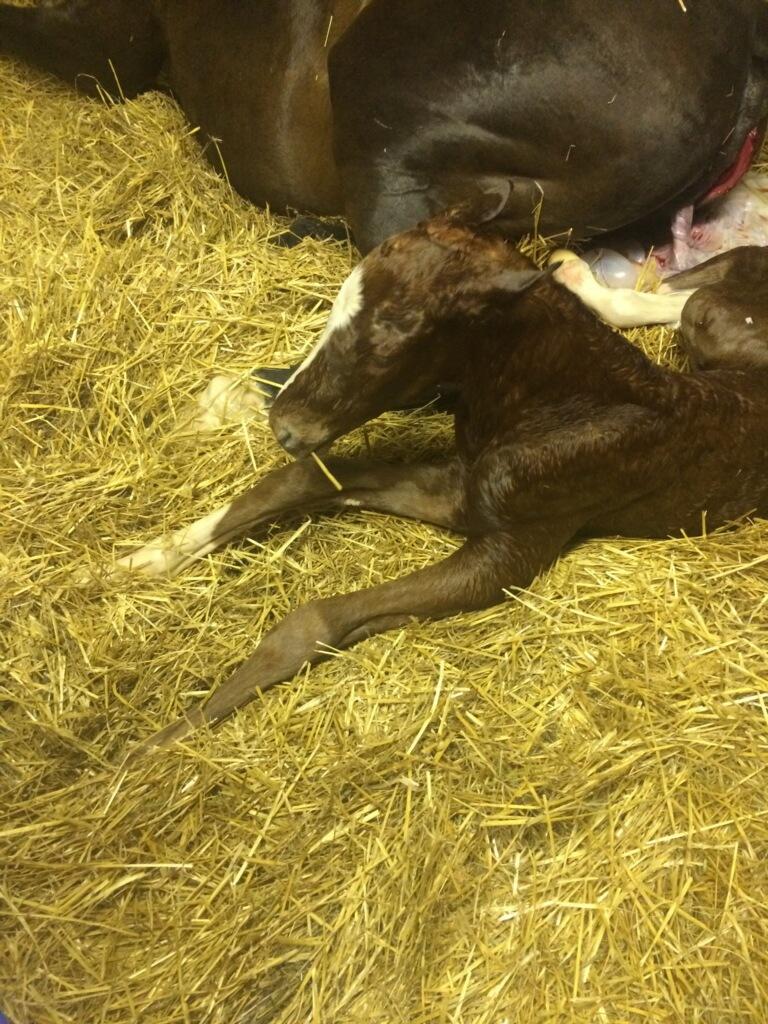 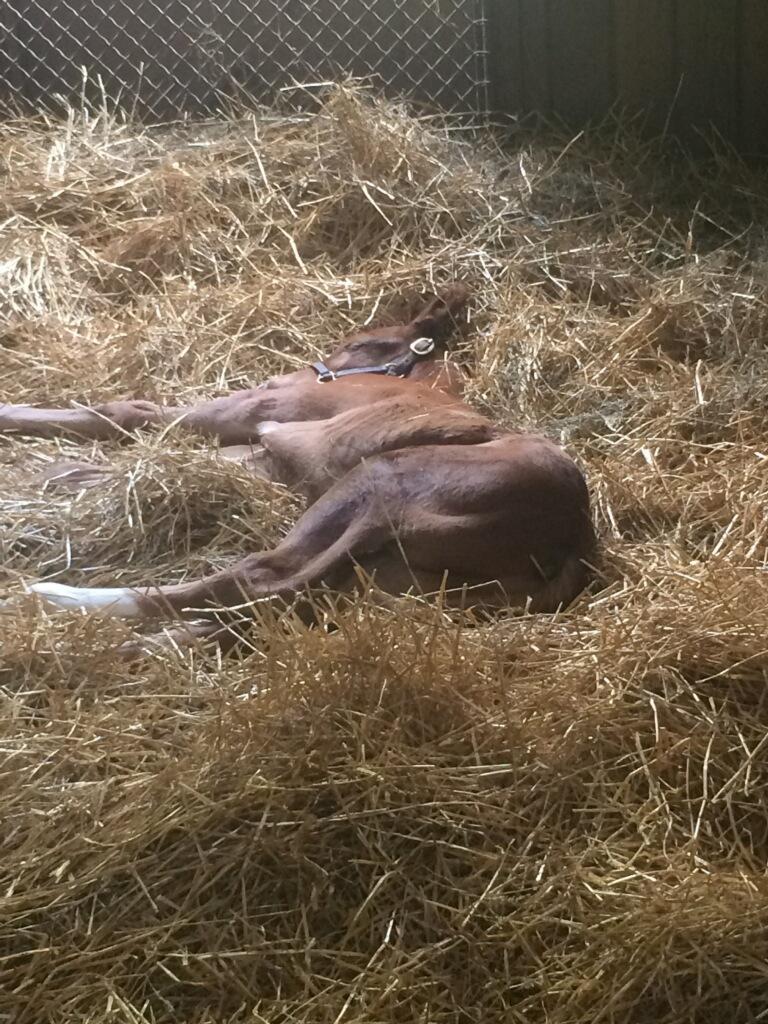 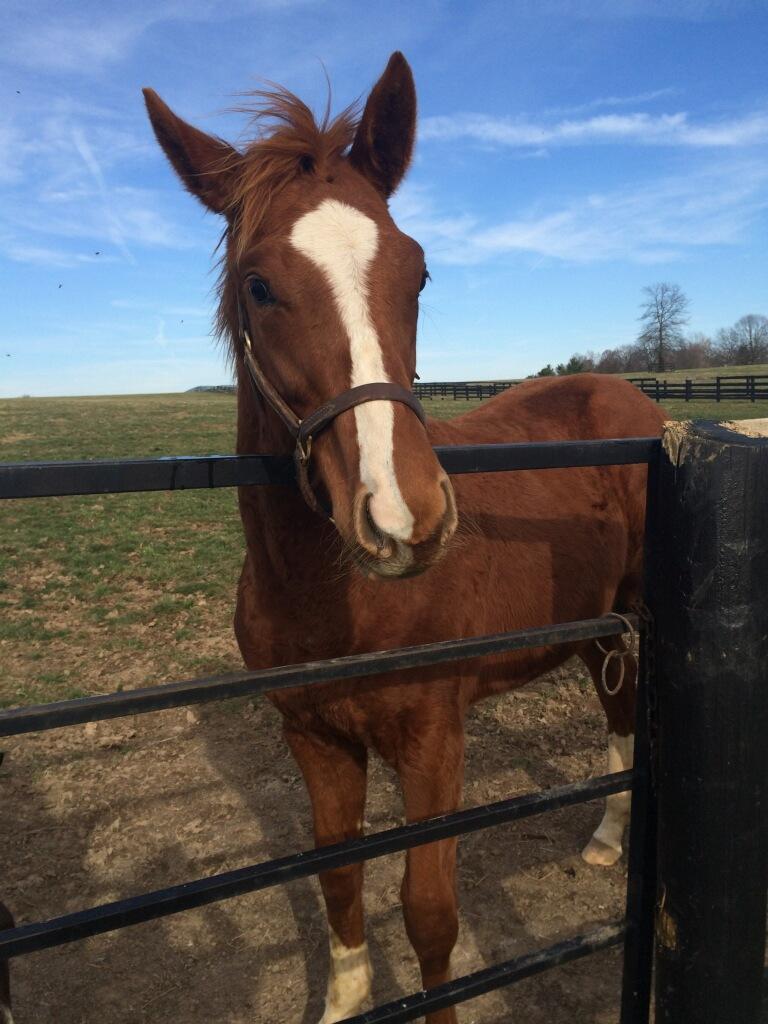 Friendly Solomini greets you at the fence (Ryann Ball photo)

If the Kentucky Derby (G1) recognized one contender as “Mr. Congeniality,” Solomini would be a leading candidate for the honor. But with his pedigree, connections, and talent, he’s much more than just a friendly face.

By Hall of Famer Curlin, also the sire of champion and projected Derby rival Good Magic, Solomini is out of the well-related Surf Song, by Storm Cat. Surf Song is a half-sister to Midshipman, the champion two-year-old male of 2008 after capturing the Breeders’ Cup Juvenile (G1) and Del Mar Futurity (G1). Another half-sibling, Fast Cookie, was an accomplished Grade 2 winner with career earnings of $557,480.

Although Surf Song was unraced herself, she had obvious appeal as a broodmare for her breeders, Robert and Janice McNair’s Stonerside Stable. Then she came under the Darley banner when Sheikh Mohammed purchased the Stonerside properties and bloodstock in 2008.

By the time she turned 12, Surf Song had yet to produce any noteworthy offspring. She was offered at the 2013 Keeneland November Breeding Stock Sale, where Dr. Glenna Salyer, a veterinarian, snapped her up for $67,000.

Surf Song was then in foal to Elusive Quality (sire of Smarty Jones, Quality Road, and Raven’s Pass among others), so Salyer is officially the breeder of the resulting filly born in 2014, Szolnok, who went on to become a winner in France.

Salyer sent Surf Song to Curlin that same spring. As she was carrying the baby we’d later know as Solomini, her family got a major update – and Salyer’s purchase was looking positively inspired.

Surf Song’s aforementioned half-sister, Fast Cookie, in the meantime produced a promising youngster named Frosted. Trained by Kiaran McLaughlin, the Godolphin homebred concluded 2014 with a commendable second in the Remsen (G2), and he advanced on the 2015 Derby trail with a victory in the Wood Memorial (G1). A little more than three weeks after the Wood, Frosted got a baby “cousin.”

“He kind of blew me away from the beginning,” said Murat’s assistant, Ryann Ball, who was delivering her very first foal.

“He stood up really quick, nursed right off the bat – like he was smart!”

The Curlin colt became Ball’s favorite, thanks to his affectionate personality.

“Always super-friendly” was how she summed him up. “He always wanted to come up to you” and “just wanted attention” – he “loved being scratched. 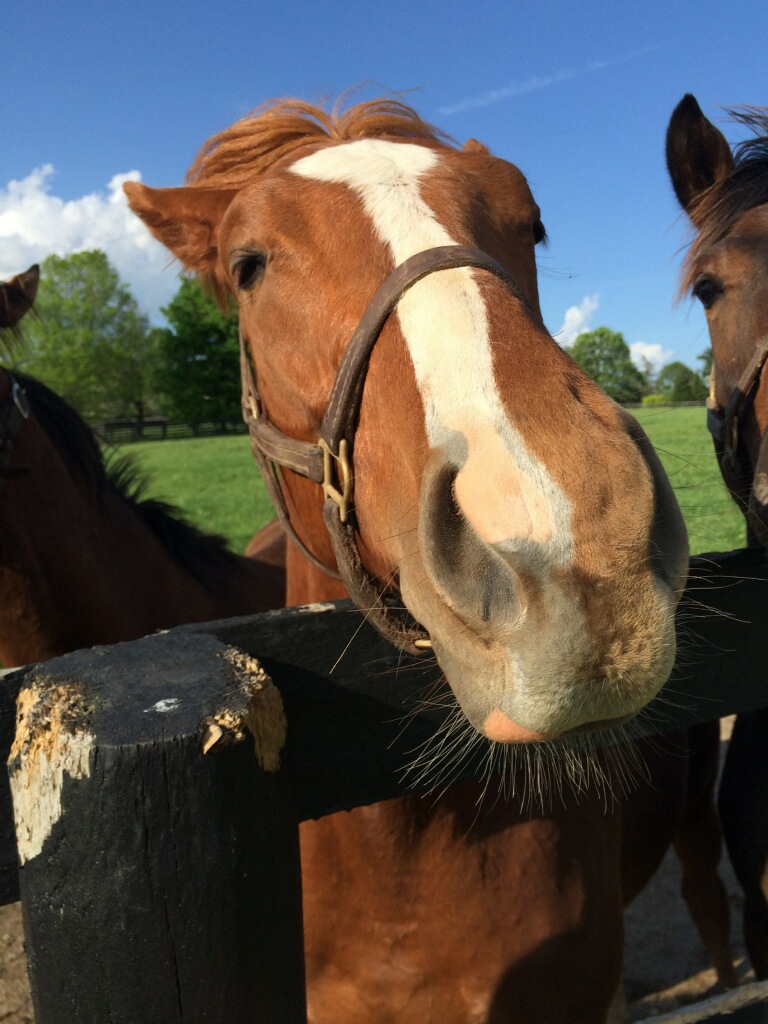 In that respect, the son did not take after the mother.

“He was the complete opposite from her,” Ball noted, adding that Surf Song wasn’t mean at all, but just more of a stand-offish type.

Murat likewise observed that the colt was “very straightforward” from birth on, and a “pleasure to be around.

“He was a very good-looking foal, very much like his sire, Curlin,” Murat said.

“He was just a cool dude. Very relaxed, almost too relaxed!”

You can glimpse something of his endearing traits during his brief time in the Keeneland September auction ring as a yearling. Consigned by Hill ‘n’ Dale Farm, which stands his sire, the son of Curlin is interested in striking up a friendship with the Keeneland handler he’s literally just met:

The winning bidder at $270,000 was none other than Zayat Stables of American Pharoah fame. The Zayats were well familiar with the colt's relative Frosted, who had acquitted himself well in defeat during American Pharoah's Triple Crown sweep, finishing fourth in the Derby and second in the Belmont (G1). The Keeneland Sale took place at the same venue as American Pharoah's brilliant career finale in the Breeders’ Cup Classic (G1).

The yet-unnamed colt learned his early lessons at the same “school” as American Pharoah, the McKathan Brothers Training Center near Citra, Florida.

He was “always an outstanding horse on the farm,” as farm manager Chris Alexander remembered. “We get to have a lot of the fancier horses, and he was one of them.”

Alexander’s description sounds familiar: “He was always a cool customer.”

The colt “wasn’t real big” – understandable being a “little bit of a later foal” – but he was a “beautiful mover.”

Then, in the late spring of his two-year-old season, the boy started to grow up.

He “went through a big, nice growth spurt when we shipped him out to (trainer) Bob (Baffert),” Alexander said.

Yet he remained just as affable as ever, and owner Ahmed Zayat notes that he’s still a “really sweet” colt. 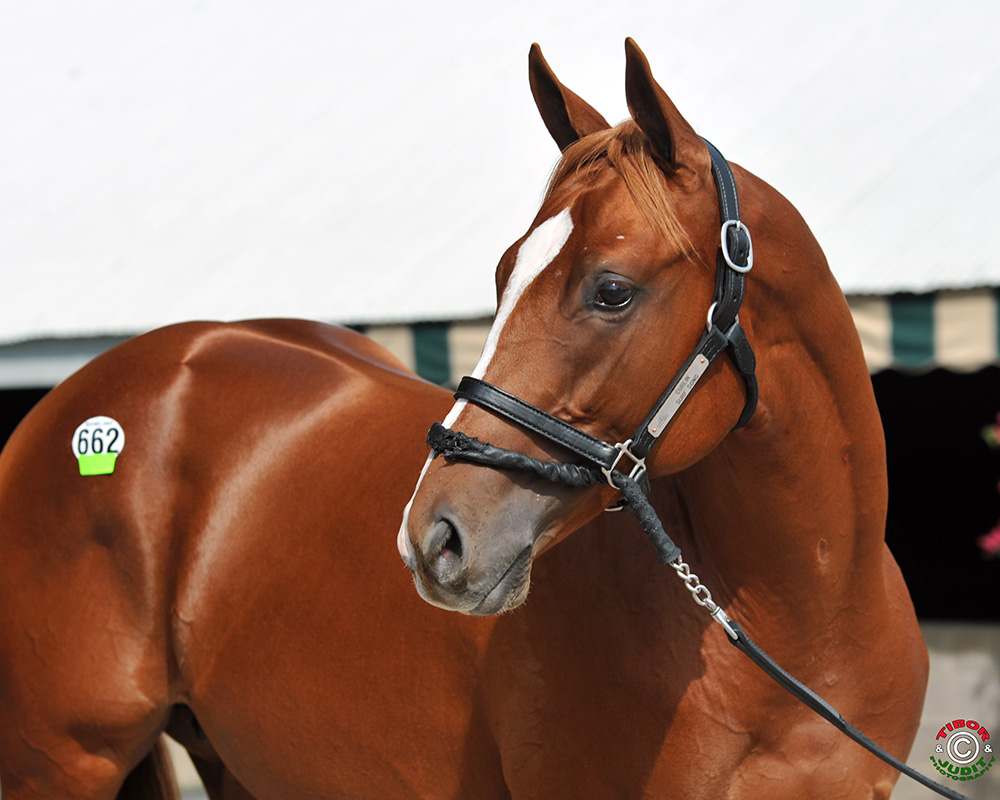 “The horse is an absolute doll, a pet,” Zayat said. “They all love him at the barn. Really good demeanor and attitude. We thought he was very talented.”

But the circumstances of Solomini’s naming may be the most poignant of all.

The baby Solomon came along at a very emotional time, as Zayat explained, for he and his wife, Joanne, had each lost their fathers within a four-month span. Solomon was born at 5 p.m. on October 24, 2016, exactly three months to the day (and hour!) of Zayat’s father’s death. He was named Solomon David after Joanne’s father, Solomon, and Ahmed’s, David.

Little Solomon reminds the family very much of his namesake.

“He has his demeanor, the same mannerisms,” Zayat said. “It’s very comforting.”

“Solomini” is a play on the baby being “a mini Solomon.” Zayat named another colt after Solomon, Super Sol. Also trained by Baffert, Super Sol just finished third in his March 10 debut sprinting six furlongs. Zayat said they’re “extremely high” on him but wanted to give him more time to mature, and he’ll improve once he stretches out.

After making his namesake famous already, the still-developing Solomini offers the promise of better to come.

A certain global racing and breeding empire is betting on that future – the Coolmore partners, who famously teamed up with Zayat in American Pharoah. Coolmore had bought the breeding rights to American Pharoah early, a move that turned out to be genius. Now they’ve come on board as co-owners of Solomini during his racing career.

Can he go on to emulate American Pharoah at Churchill Downs?

Murat spoke of how “cool” it is, “especially as a small operation,” to raise a Derby contender. Solomini is a living advertisement for Coldwater as a nursery that brings up youngsters well.

“I was just lucky enough to raise him,” Murat said. “Credit goes to Dr. Glenna Salyer. She’s the one who did the mating!”

Ball has been a believer ever since Solomini made his grand entrance into the world.

“Just because the foaling went so smoothly,” Ball recalled, “I said from the first day that he was gonna win the Derby. I always said it from the beginning!” 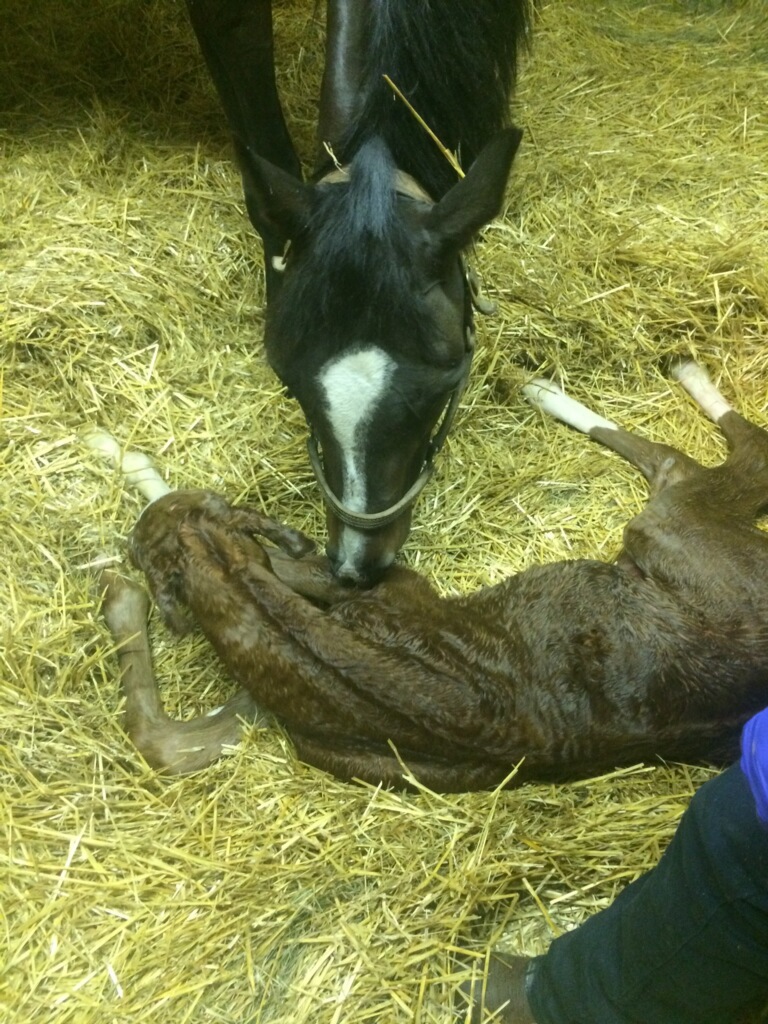 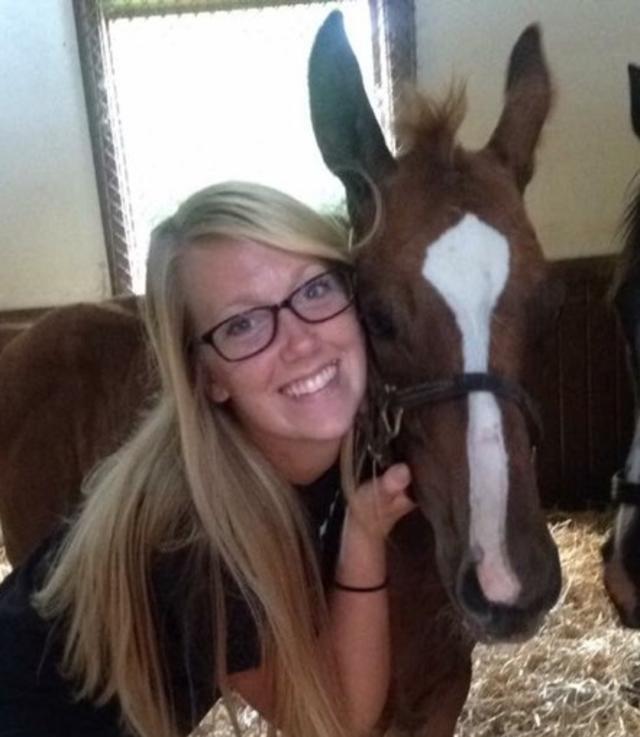