Three Takeaways from the Gotham

The March 7 Gotham was the third of four Road to the Kentucky Derby series qualifiers at Aqueduct. The top four finishers received points on a 50-20-10-5 scale toward a Kentucky Derby berth.

Here are three takeaways from the Gotham:

1 – Mischevious Alex put his speed to good use.

After establishing a forward position at the start, the speedy 3-year-old held rivals at bay through the stretch drive for a two-length decision. By Into Mischief, who was also represented by San Felipe (G2) winner Authentic on the same afternoon, Mischevious Alex has now won three straight stakes comfortably.

A 9 3/4-length scorer in the 7-furlong Parx Juvenile in his 2-year-old finale, Mischevious Alex was exiting a seven-length romp in the 7-furlong Swale (G3) at Gulfstream on Feb. 1. The bay colt stretched to a one-turn mile in the Gotham and left the starting gate as the 1.75-1 favorite among 11 runners.

2 – Points to qualify but Derby not a done deal.

Mischevious Alex picked up 50 points winning the Kentucky Derby qualifier, which will be good enough to make the 20-horse starting gate at Churchill Downs, but connections weren’t ready to commit to the first leg of the Triple Crown afterwards.

Mischevious Alex has posted all four wins at one-turn distances.

3 – Wood Memorial to be key for possible speed factor.

Questions surround his acumen for longer distances, but Mischevious Alex will try two turns again in the 1 1/8-mile Wood Memorial on April 4. A respectable performance would likely send him to the Kentucky Derby starting gate.

Mischevious Alex will be forwardly placed if he does advance to the 1 1/4-mile Kentucky Derby, adding to an abundance of speed already targeting this year’s Run for the Roses. 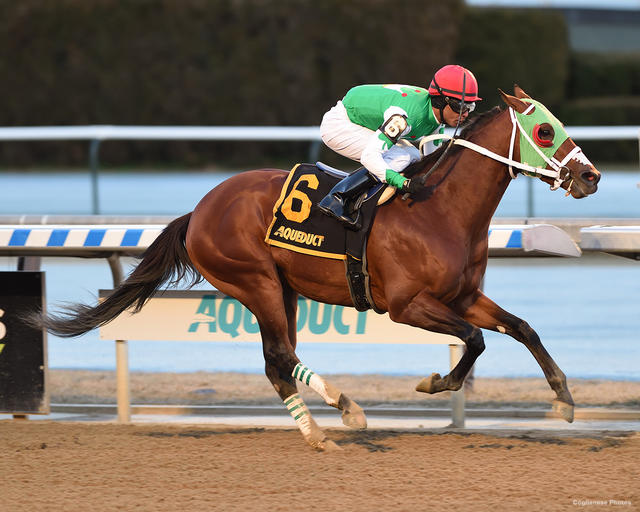