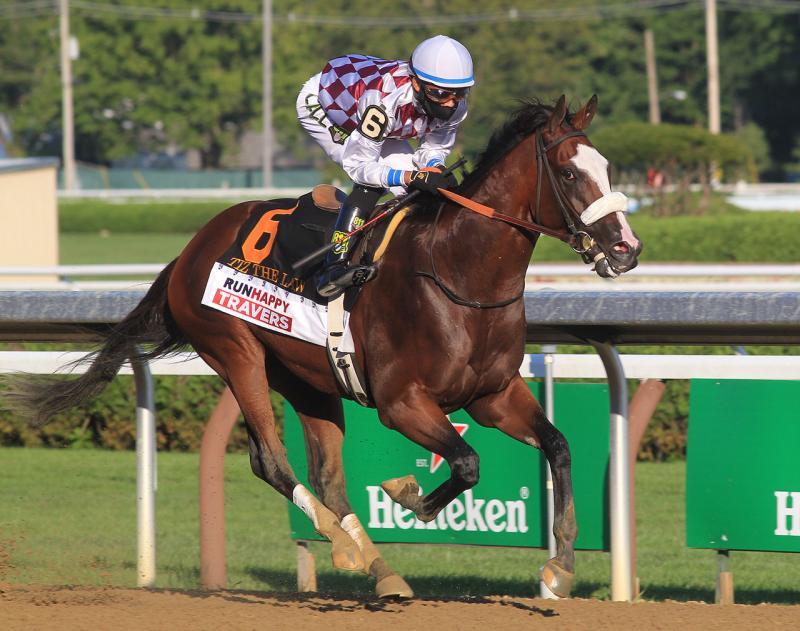 Tiz the Law will head to Churchill Downs as potentially one of the shortest-priced Kentucky Derby (G1) favorites in years after a resounding, hometown victory in Saturday's $980,000 Travers Stakes (G1) at Saratoga.

Enjoying a three-wide stalking trip under Manny Franco as second choice Uncle Chuck carved out fractions of :23.65, :48.36, and 1:11.95, Tiz the Law eyeballed that rival around the far turn and soon led when meeting little resistance from that tiring rival.

Roused by Franco to open up in upper stretch, Tiz the Law did so convincingly and was ultimately geared down in the final sixteenth while still maintaining plenty of social distance between he and runner-up Caracaro. The winning margin was 5 1/2 lengths and the final time for 1 1/4 miles over a fast track was 2:00.95.

Tiz the Law earned an additional 100 Kentucky Derby qualifying points and now has a total of 372 for the Sept. 5 classic. Caracaro earned 40 boosting his total to 60, while Max Player also has 60 after earning 20 points here. South Bend earned 10 points, increasing his total to 18.

Trained by Barclay Tagg, Tiz the Law is now 4-for-4 this year and 6-for-7 lifetime. He preceded this victory with comfortable scores in the Holy Bull (G3) on Feb. 1, the Florida Derby (G1) on Mar. 28, and the Belmont S. (G1) on June 20. The latter, run as the first leg of the Triple Crown this year due to the COVID-19 pandemic, was run at the reduced distance of 1 1/8 miles.

At two, Tiz the Law won at first asking in a New York-bred maiden at Saratoga and then romped in the Champagne (G1) at Belmont Park by four lengths. Bypassing the Breeders' Cup at Santa Anita, Tiz the Law instead completed his juvenile campaign in the Kentucky Jockey Club (G2) at Churchill Downs, but was a narrowly-beaten third in his one and only encounter to date with an off track. Tiz the Law has now earned $2,015,300.

Bred by Twin Creeks Farm and a $110,000 Fasig-Tipton Saratoga yearling buy, Tiz the Law is by Constitition and out of Grade 2 winner Tizfiz, by Tiznow. He's from the family of 1997 juvenile champion Favorite Trick. 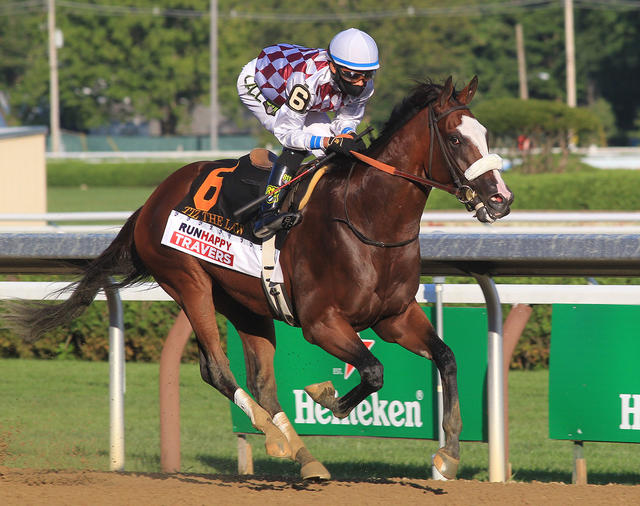