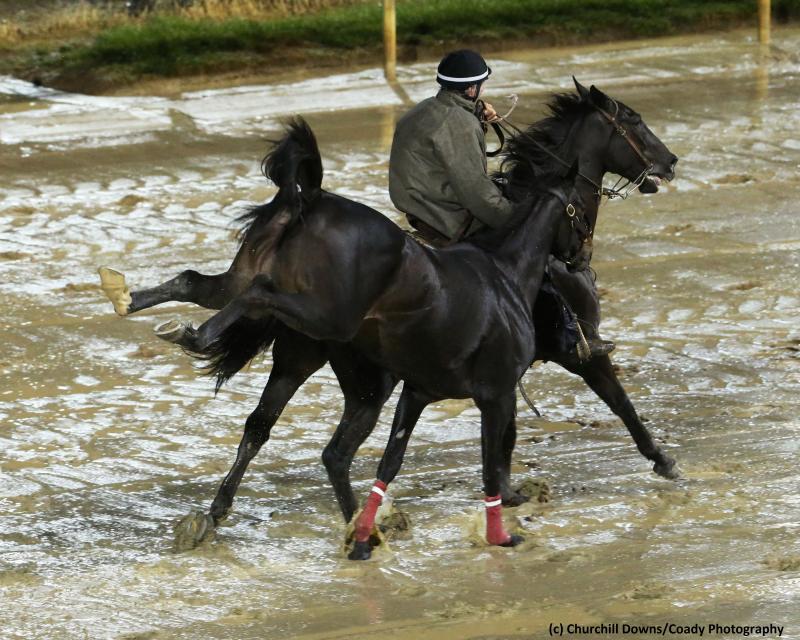 Part of the continuing series "Kentucky Derby 101" which follows a horse on the journey to starting in the Kentucky Derby.

In 2009, Mine That Bird swept up the rail at Churchill Downs, closing from last to first, to win the 135th running of the Kentucky Derby (G1) by 6 3/4 lengths. He became one of the longest-priced winners of the famed Run for the Roses when sent off at 50-1.

Four years later, Orb produced a 2 1/2-length victory under the Twin Spires after rallying down the center of the track in the lane to capture the 2013 Kentucky Derby. The bay colt was bet down to 5-1 favoritism.

What did these two runners have in common? They each crossed under the finish line covered in mud.

There are three surfaces in racing – dirt, turf and synthetic. While the first two can vary in terms of condition depending on the weather, synthetic tracks stay consistent.

Neither Mine That Bird nor Orb ever encountered an “off-track” again. That term can cover a multitude of conditions, from fast, wet-fast, to sloppy, to sloppy-sealed, to muddy .

Sloppy and muddy are used in reference to dirt tracks, but the “going” on turf courses is described as firm, good, yielding, soft and heavy .

All these classifications apply to racing in North America, where main track events are the norm. The majority of European racing takes place on turf courses with a few synthetic tracks thrown in, and the descriptions are expanded.

All three surfaces can fluctuate in composition, depending on where the race track is located. For instance, the main track at Oaklawn Park in Arkansas has a reddish hue thanks to the presence of clay. The turf course at Santa Anita Park in California is comprised of a warm-season grass called Bermuda Turf.

Synthetic tracks – surfaces composed of, you guessed it, synthetic materials – had their heyday in the early 2000s. The two most popular, though by no means the only, synthetic surfaces are Polytrack and Tapeta. While the mixture varies for each and there are other components, they are mainly composed of sand, fibers and rubber all covered in wax.

All Thoroughbreds are bred to run, and run fast, but their abilities can sometimes depend on both the track surface and track condition. Mine That Bird and Orb earned their biggest wins over sloppy conditions, though the pair proved capable on fast tracks as well.

Mine That Bird could be considered a duel track threat, as he actually spent the early part of his career running, and winning, on synthetic surfaces. Just two years after his shocking victory, a chestnut colt named Animal Kingdom went one better – he entered the Kentucky Derby having never competed on a dirt surface at all.

Animal Kingdom raced over synthetic and turf tracks before a 2 3/4-length triumph at 20-1 in the 2011 Run for the Roses. The popular colt was known as a triple-surface threat, because he proved himself capable of winning on turf, dirt and synthetic.

Learn more about how horses enter the stating gates on the First Saturday In May.

Breaking and Training of a horse

The art of training a racehorse 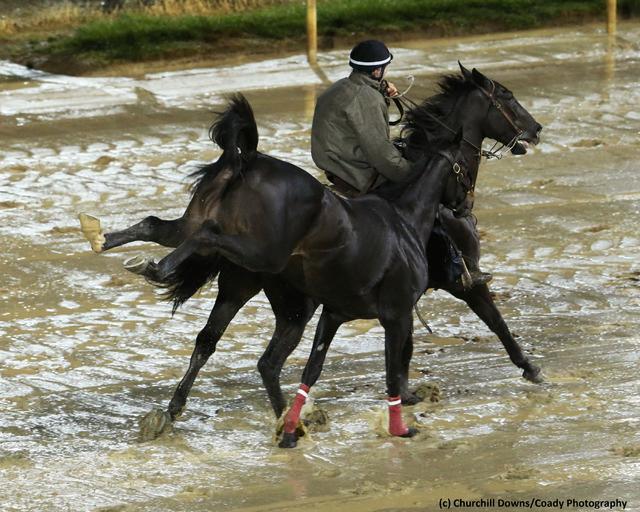