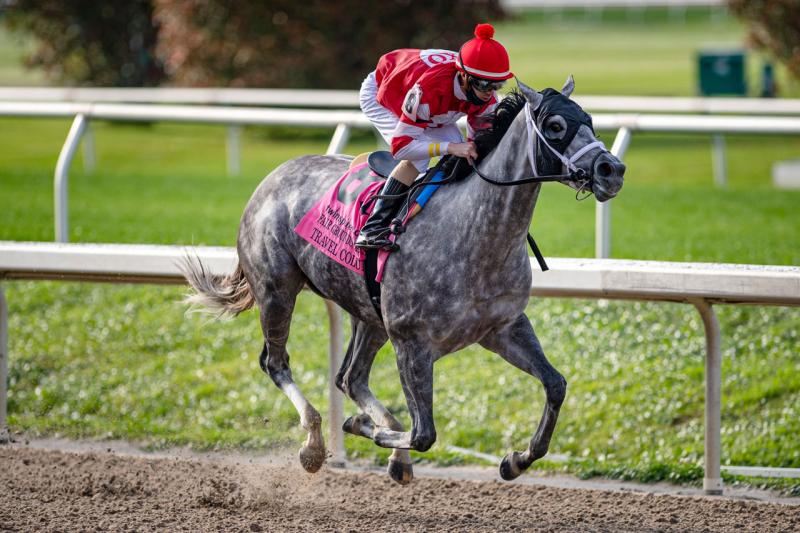 Travel Column got back in the win column in Saturday's $400,000 TwinSpires.com Fair Grounds Oaks (G2) while stating her case for favoritism in the Kentucky Oaks (G1) at Churchill Downs on April 30.

The gray filly enjoyed a trip similar to the one she had in last month's Rachel Alexandra (G2), but this time Travel Column had plenty left in in the tank to comfortably repel a late rally from her rival Clairiere, who had beaten her a by a head in the Rachel Alexandra.

"I thought she got a lot out of her last race," said trainer Brad Cox, who's won two of the last three runnings of the Kentucky Oaks. "The six weeks (until the Kentucky Oaks) will be good for her from a mental and physical standpoint."

Under Florent Geroux, Travel Column raced in close attendance to pacesetter Souper Sensational through fractions of :24.35, :48.64, and 1:12.25. Taking over at the top of the stretch, Travel Column kept to task down the long stretch and won by 2 3/4 lengths from Clairiere, with Souper Sensational third and Obligatory fourth. The order of finish was rounded out by Li'l Tootsie, Zaajel, and Il Malocchio.

Owned by Larry Best's OXO Equine, Travel Column completed 1 1/16 miles over a fast track and paid $6.20 as the favorite.

Travel Column earned an additional 100 qualifying points toward the Kentucky Oaks, bringing her total to 132. Clairiere earned 40 points, boosting her total to 94, while Souper Sensational earned 20 points and now sits at 24. Obligatory earned her first 10 points.

This was the second career stakes win for Travel Column, who ran down Clairiere to win the Golden Rod (G2) at Churchill Downs by a length last November, one race after finishing third in the Alcibiades (G1). Her record now stands at 5-3-1-1, $517,184. 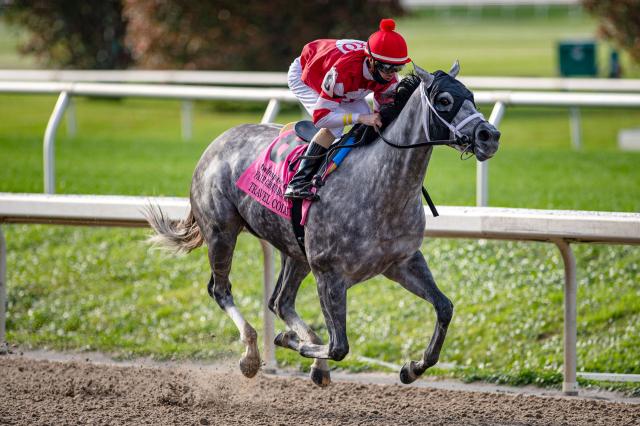