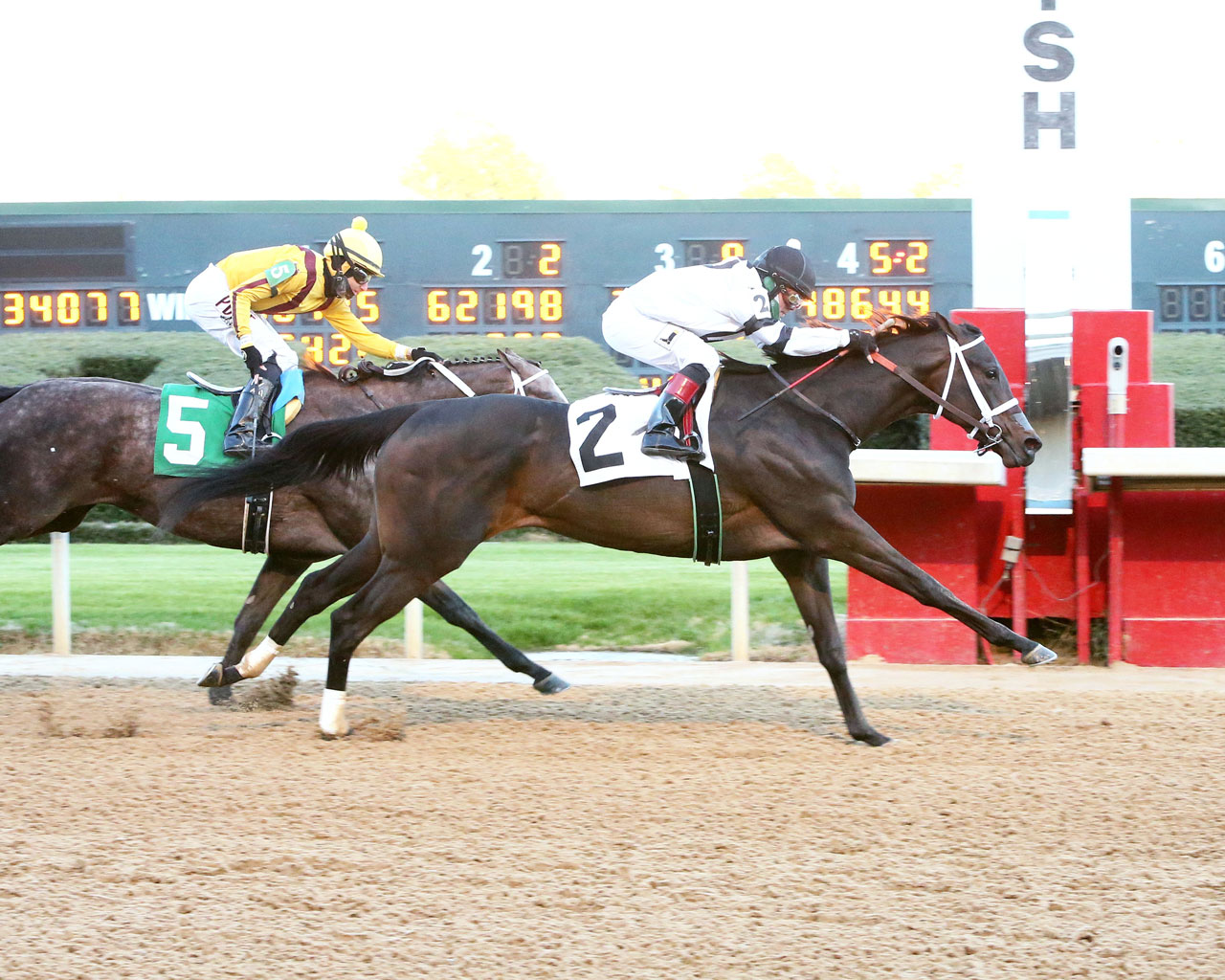 The Road to the Kentucky Oaks continued on Saturday with a pair of lucrative qualifiers—the $300,000 Honeybee S. (G3) at Oaklawn Park and the $250,000 Busher S. at Aqueduct, both awarding qualification points to the top four finishers on a 50-20-10-5 basis.

The star of the afternoon was Will’s Secret, who raced to the top of the Kentucky Oaks qualification leaderboard with a gritty victory in the Honeybee. Previously a rallying winner of Oaklawn’s Martha Washington S., Will’s Secret showed a new dimension in the Honeybee, vying for the early lead through slow splits of :24.25, :49.70, and 1:14.49.
This easy trip left Will’s Secret with plenty in the tank for the homestretch drive. Challenged on the inside by Pauline’s Pearl, and on the outside by Sun Path, Will’s Secret turned them both back under urging from jockey Jon Court. Sprinting the final sixteenth of the 1 1/16-mile event in a rapid :05.99, Will’s Secret never wavered and forged across the finish line in front by three-quarters of a length.
“She broke really well today and we weren't pressured early on,” Court told Oaklawn Park. “She was comfortable on the front end and able to dictate a moderate, easy pace. Therefore, I was able to have plenty of horse to finish with and when I called on her, she was full of run down the stretch.”
Pauline’s Pearl settled for second over Sun Path, followed distantly by Oliviaofthedesert, Coach, Tabor Hall, and Willful Woman.

A daughter of champion and 2013 Kentucky Derby (G1) alumnus Will Take Charge, Will’s Secret has accumulated 60 points on the Road to the Kentucky Oaks, surpassing Rachel Alexandra (G2) winner Clairiere (54 points) to rank atop the leaderboard. The Willis Horton Racing homebred has won three straight races under the care of trainer Dallas Stewart, good for career earnings of $343,300.

Earlier in the afternoon, the lightly raced Search Results displayed similar tenacity to prevail in the Busher. Ruthless S. winner Miss Brazil was favored at 19-10 and appeared destined for victory after racing to the front through easy fractions of :24.53, :49.64, and 1:15.14. But Search Results was never far behind, tracking the pace from second place under Javier Castellano, and through the final furlong she tenaciously edged past Miss Brazil to win by a half-length.
“When I asked her, she didn't switch leads, but everything I asked for, she gave it to me. She responded,” Castellano told the New York Racing Association. “I like the way she galloped out and I think she's going to be a good filly in the future. Two turns will be even better.”
Miss Brazil ran a gallant race in defeat, pulling 5 3/4 lengths clear of Busanda S. winner The Grass Is Blue. Laobanonaprayer, Make Mischief, and Mo Desserts trailed the small field.
Trained by Chad Brown on behalf of Klaravich Stables, Search Results reached the finish line of the one-mile race in 1:39.75. Search Results had previously cruised to victory in her Jan. 3 debut sprinting six furlongs at Gulfstream Park, which means the daughter of Flatter now boasts a perfect 2-for-2 resume with $161,500 in earnings under her belt. The 50 Kentucky Oaks points she secured in winning the Busher are sufficient to rank Search Results fourth on the leaderboard.
The Road to the Kentucky Oaks continues on Sunday with the $100,000 Santa Ysabel S. (G3) at Santa Anita, in which two-time stakes winner Kalypso (18 points, 12th place) will seek to earn an additional 50 points and vault to the top of the rankings. 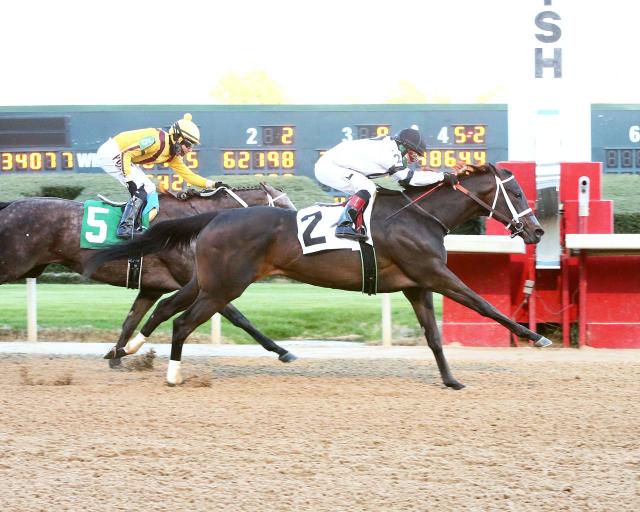