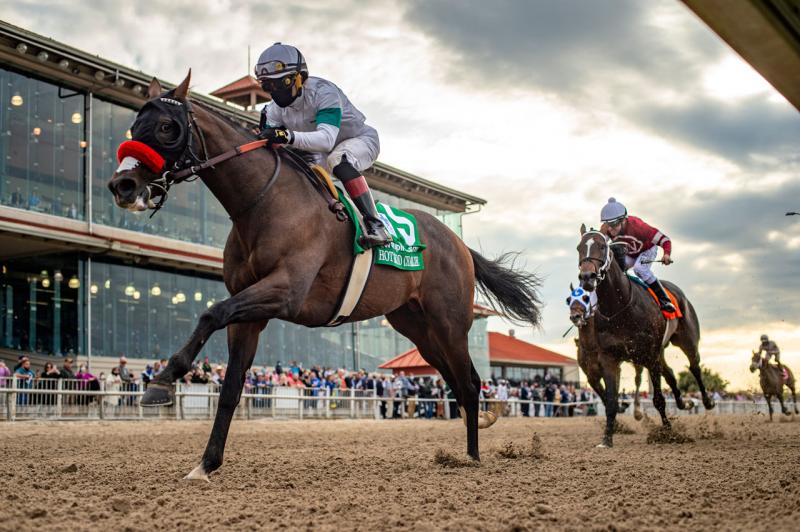 California shipper Hot Rod Charlie grabbed the early lead in Saturday’s $1 million TwinSpires.com Louisiana Derby (G2), repelled Midnight Bourbon, and set a new track record at Fair Grounds. His first stakes victory propelled him to the top of the Kentucky Derby (G1) leaderboard with a total of 110 points, and advertised the depth of the sophomore division based out west.

Running in the name of trainer Doug O’Neill’s assistant, Leandro Mora, on Saturday, Hot Rod Charlie was dispatched as the 2.90-1 second choice. The dark bay had run well in his two previous stakes appearances, placing second to unbeaten champion Essential Quality in the Nov. 6 Breeders’ Cup Juvenile (G1) and a near-miss third to Medina Spirit in the Jan. 30 Robert B. Lewis (G3).

But Hot Rod Charlie reached a new level to upstage the locals at Fair Grounds. Despite getting off to a bumpy start, the son of 2013 Preakness (G1) hero Oxbow showed speed to take charge after the opening quarter-mile. Midnight Bourbon, who won the Lecomte (G3) two back, prompted in second. Risen Star (G2) winner Mandaloun, the 13-10 favorite, raced in an eager third early, but ultimately dropped back in a disappointing effort.

On the far turn, Midnight Bourbon appeared to be traveling better as he increased the pressure, but Hot Rod Charlie had more up his sleeve for the stretch. Responding generously to jockey Joel Rosario, he found plenty to rebuff Midnight Bourbon and draw two lengths clear.
In the process, Hot Rod Charlie answered a distance question. As a half-brother to champion sprinter Mitole, he was not guaranteed to be effective at the 1 3/16-mile trip. Yet Hot Rod Charlie proved to have more in common with sire Oxbow as he clocked a final time of 1:55.06, establishing a new track record, albeit at a trip not often seen around the New Orleans oval.
“He handled the distance very well,” Rosario recapped. “Very impressive. With the horse coming on his outside (Midnight Bourbon) he really fought back. He doesn't have to be on the lead. He can do anything. He can be a little bit off the pace and will run the same way.”
Hot Rod Charlie added 100 Derby points to his previous 10 (eight from the Juvenile and two from the Lewis). Midnight Bourbon saved the runner-up spot, good for 40 points, and he now sits second on the leaderboard with 66.
“We got a perfect trip,” Midnight Bourbon’s rider, Joe Talamo, said, “and turning for home I had a lot of horse and I thought we had it. We just got outfinished. Hats off to the winner, he ran huge and fought back on me.”
The 28-1 O Besos flashed home late on the inside, just a head away from Midnight Bourbon. His 20 points for third increased his overall tally to 25.
Proxy, the 3.20-1 third choice after finishing runner-up in the Lecomte and Risen Star, wasn’t galvanized as much as hoped by first-time blinkers. Troubled at the start when bumped on both sides (by Hot Rod Charlie and Run Classic), Proxy secured a sensible position but churned home fourth for 10 points (and a new total of 34). There was a six-length gap back to Starrininmydreams, followed by Mandaloun, Rightandjust, and Run Classic.
Mandaloun’s team had no obvious excuse for his uncharacteristically dull effort.

“He was a little flat today, and I ran out of gas late,” jockey Florent Geroux said. “I’m disappointed. I had the same trip I had the first two times (in the Lecomte and Risen Star); I was tracking the horses that ran 1-2 and, for some reason, just came up really empty when it was time to run.”

“It’s frustrating, but it’s part of it,” trainer Brad Cox said of the vagaries of the Derby trail. “I can’t ask him to train any better and I don’t think I would have done anything different. We’ll just regroup.”
Owned by Roadrunner Racing, Boat Racing, and William Strauss, Hot Rod Charlie has compiled a record of 7-2-1-2, and he’s reached millionaire status with $1,005,700 in the bank. He was bred by Edward A. Cox Jr. in Kentucky and sold twice at Fasig-Tipton as a yearling, bringing $17,000 in February but appreciating to $110,000 by October 2019.
Hot Rod Charlie is out of Indian Miss, whose sire Indian Charlie was third as the favorite in the 1998 Kentucky Derby. Her legacy as a broodmare was already assured through the exploits of $3.1-million earner Mitole, whose major wins include the 2019 Breeders’ Cup Sprint (G1), Metropolitan H. (G1), Forego (G1), and Churchill Downs S. (G1). But now Indian Miss has the distinction of producing a Louisiana Derby (G2) winner and Kentucky Derby contender. 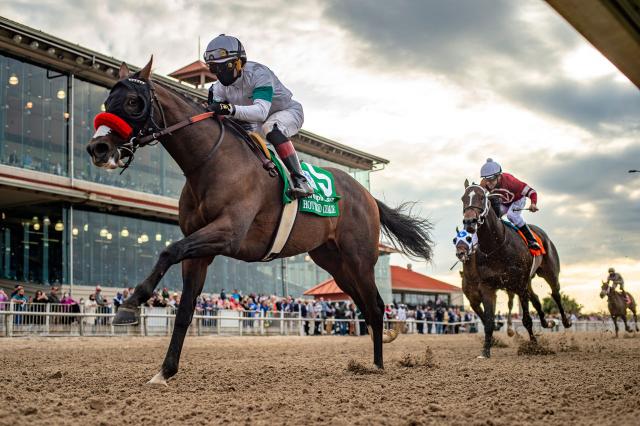