Tales from the Crib: Bravazo

Hailing from the storied farm that’s produced the most Kentucky Derby (G1) winners, and trained by a Hall of Famer with four Derby trophies, Bravazo is heir to quite an historical legacy.

Calumet Farm stands alone in the Derby record book as the owner of eight Derby heroes, chief among them Triple Crown legends Whirlaway (1941) and Citation (1948). The Lexington, Kentucky, nursery has also bred a record nine Derby winners, but the last one, Strike the Gold (1991), raced for different ownership.

The farm itself has changed hands over the decades, most recently when Brad Kelley took over in 2012. Kelley has masterminded a revival of the Calumet fortunes, virtually overnight, with the victory by Oxbow in the 2013 Preakness (G1).

The Oxbow story serves as the essential background to Bravazo’s. Both are bred along the same lines, being by the great Awesome Again and out of mares by the California stallion Cee’s Tizzy. If that name doesn’t sound familiar, you probably know his most famous son, Hall of Famer Tiznow, still the only two-time winner of the Breeders’ Cup Classic (G1).

Oxbow was produced by a full sister to Tiznow. Thus he’s a close relative of another top three-year-old of recent years, Zayat Stables’ Paynter. Likewise a son of Awesome Again and a different sister to Tiznow, Paynter captured the 2012 Haskell Invitational (G1) and nearly wired the Belmont S. (G1). He came down with a life-threatening bout of colitis, complicated by laminitis, but survived and returned to racing. Paynter is now happily at stud at WinStar Farm.

Bravazo sports the same potent cross, with one significant difference. His dam, Tiz o’ Gold, doesn’t come from the illustrious female line of Oxbow, Paynter, or Tiznow. Nor was she a notable runner herself. Although tough enough to compile 30 starts over four seasons of racing, winning seven and placing seven times, Tiz o’ Gold was competing in the lower-level claiming ranks throughout her career.

Yet Tiz o’ Gold got a date with Awesome Again to begin her new life as a broodmare. Carrying that first foal when touring the sales ring at Keeneland November in 2014, she was bought by Calumet for $35,000. Thus the blue-collar mare took up residence among the Bluegrass bluebloods, foaling her dark bay colt on January 29, 2015.

Calumet’s strategy of buying in-foal broodmares has been amazingly productive as far as Derby hopefuls are concerned. All three of their runners in the 2017 Derby – Patch, Hence, and Sonneteer – were also acquired in utero, so Bravazo fits that pattern as well. 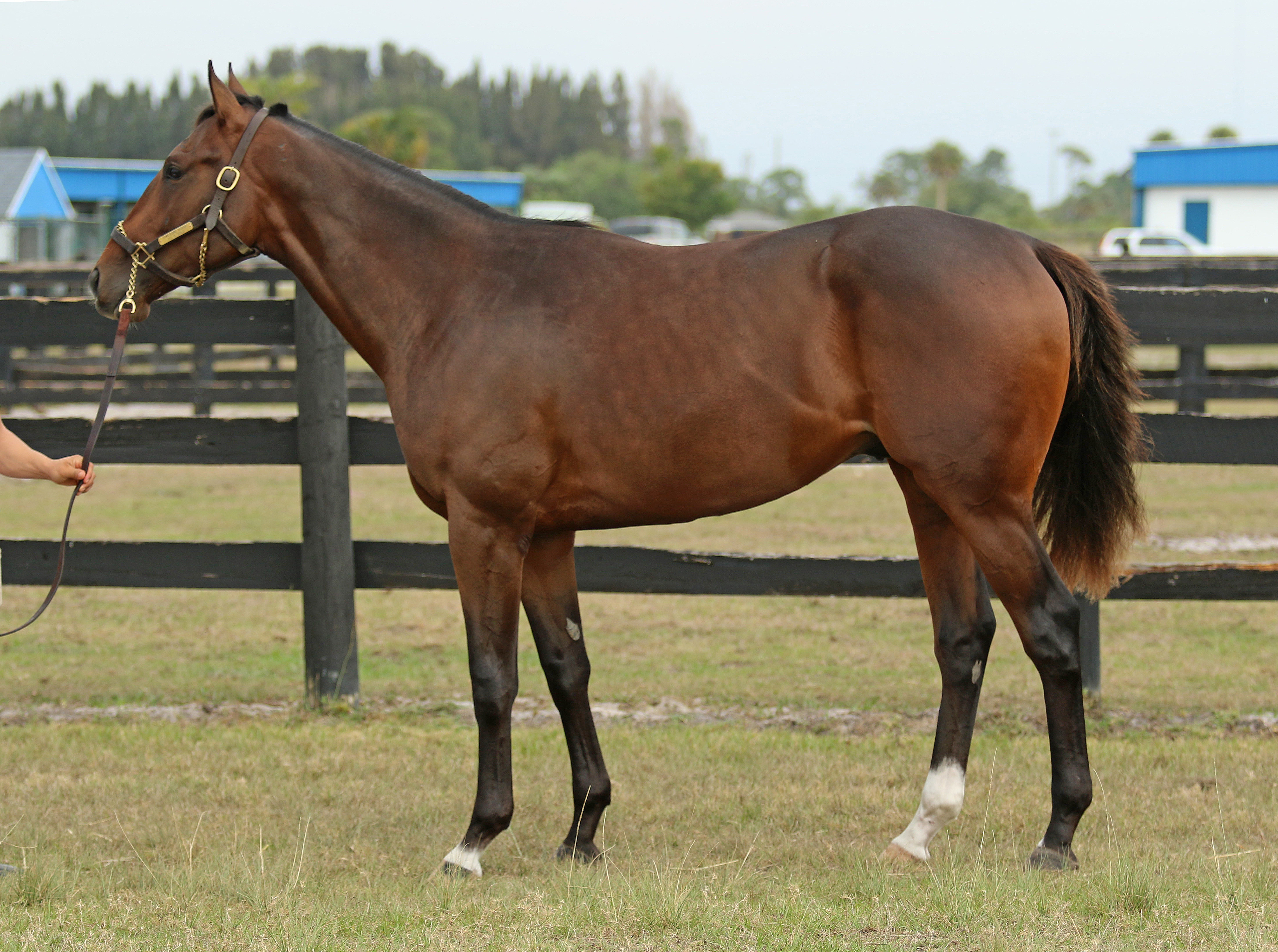 When the time came to start his schooling, Bravazo was sent to William B. Harrigan to learn the ropes. Harrigan has given early lessons to several champions as well as more than two dozen Grade 1 winners. Among his past pupils are Hall of Famer A.P. Indy and his Horse of the Year son Mineshaft, Japanese standout El Condor Pasa, and 2003 Epsom Oaks (G1) winner Casual Look. His more recent students include 2014 Belmont Stakes victor Tonalist.

The still-unnamed colt became acquainted with the saddle at Harrigan’s Miacomet Farm, then shipped to Payson Park in Indiantown, Florida, to continue his early training program.

“He came from Calumet in September of his yearling year,” Harrigan recalled. “We get all of our yearlings started at my farm in Georgetown, Kentucky, which I’ve had since 1996.

During his time with Harrigan, the Awesome Again colt emerged as one of the top prospects in his class.

“Some of the best horses I’ve had, these horses, they just do everything they’re asked,” Harrigan noted. “Really sound, don’t take a backward step, intelligent.”

This colt was in that mold.

“Full of energy, a really outgoing personality,” he was “always a very sound horse. He had a lot of pep to him.”

Earmarked as being among the “forward group,” and one who “enjoyed training,” he was doing gate work as early as January.

“That’s when we get them galloping out of the gate pretty well,” Harrigan explained.

Soon the colt was up to breezing three-eighths in about :39.

Graduating from Harrigan’s academy in early May, he was ready to join his trainer on the racetrack. And just like Oxbow, the similarly-bred youngster was allocated to Lukas. He jumped right into the Lukas program without missing a beat, recording his first work at Churchill Downs last May 16, and continued to train forwardly ahead of his debut.

But what would his name be? Finally, as the summer rolled on into late July, the answer was forthcoming.

“Bravazo” can have the connotation of “awesome” in Spanish, according to online resources, so it’s a clear reflection of his sire’s name.

At the same time, the moniker also fits his early promise. Perhaps it could be read as a hopeful prognostication that he would indeed turn out to be awesome.

“I’m tickled to death he’s come to the forefront,” Harrigan said. “We liked him quite a lot all along.”

Photo of Bravazo during his early training courtesy of Lucas Marquardt 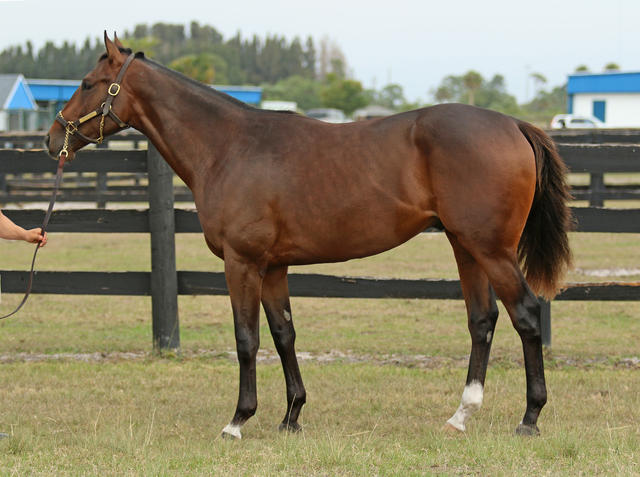