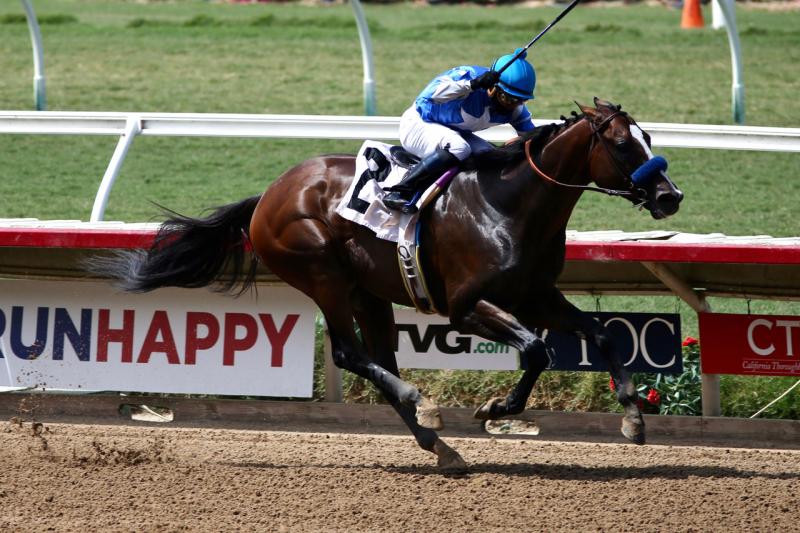 Under Abel Cedillo, the Bob Baffert-trainee was sent from post 1 and set fractions of :23.89, :47.93, and 1:12.33 while leading by a length or less. Honor A. P., the 1-5 favorite, raced in close attendance to the leader around the first turn before settling behind in third much of the way while racing three wide.

Challenged by stablemate Cezanne around the far turn and into the stretch, Thousand Words gamely turned back that bid and opened up the margin late to win by three-quarters of a length. Honor A. P., no real threat for the win, re-rallied for second by a half-length over the late-charging 34-1 outsider Kiss Today Goodbye. Cezanne, making his stakes debut, weakened in the final sixteenth to trail the field of four.

"I told Abel to jump him out of there and I thought he and Cezanne would be 1-2," Baffert said. "Turning for home I could tell that Honor A.P. wasn’t running like he usually does. Cezanne got really tired, but Thousand Words...I could tell when we got down here that he was a different horse from Los Alamitos and the real Thousand Words showed up today.

"His whole mind changed. His color has changed. He had soured out on me, but we got him going the right way. I think he earned his way to the Derby."

This was the third stakes win for Thousand Words, who captured the Los Alamitos Futurity (G2) in December and the Robert B. Lewis (G3) on Feb. 1. A distant fourth behind stablemate Authentic in the San Felipe (G2), he then finished 11th of 13 in the Oaklawn S. after stumbling at the start. Last out, he finished second by four lengths to Uncle Chuck in the Los Alamitos Derby (G3). His record now stands at 7-4-1-0, $327,000.

Bred in Florida by Hardacre Farm, Thousand Words is by Pioneerof the Nile and out of Pomeroys Pistol, a multiple Grade 2-winning daughter of Pomeroy. 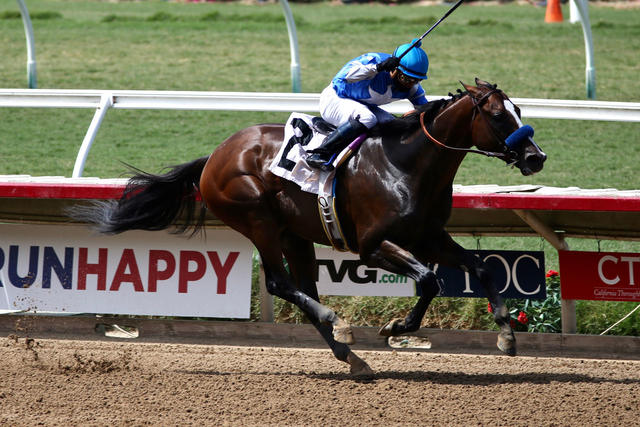