An exciting group of prospects will headline the $2 million Breeders’ Cup Juvenile (G1) next Friday at Santa Anita. The standout race for two-year-olds is often a springboard to an Eclipse Award, as seven of the last nine winners of the race have gone on to earn season-ending championship honors.

Eight Rings is the top locally based colt in the cast for conditioner Bob Baffert. The stylish son of Empire Maker was a dominant winner of the American Pharoah (G1) at Santa Anita in advance of the Juvenile, and he rates as a strong long-term prospect as well.

The $520,000 yearling purchase is the swiftest youngster in the prospective field, and he rates as a serious wire-to-wire contender in his second try since adding blinkers. Eight Rings could give his trainer a fifth win in the race with his best.

Godolphin homebred Maxfield will aim to give his owners a second win in the contest, followed by the success of 2009 upset victor Vale of York. This Street Sense colt is unblemished from a pair of career starts, which includes a visually impressive triumph in the Breeders’ Futurity (G1) at Keeneland most recently. Trained by Brendan Walsh, the February foal boasts the best turn of foot in the cast.

The much ballyhooed Dennis’ Moment has lived up to the hype for conditioner Dale Romans. The $400,000 son of Tiznow unseated his rider on debut, but the colt followed with a 19-length maiden stroll and a facile win in the Iroquois (G3) at Churchill Downs. He's coming into the Juvenile in fine form with bullet morning drills in his last pair of morning moves.

American Theorem was a distant second in the American Pharoah but has looked good from two runs to this point. The gray Kentucky-bred zipped a bullet six panels at Santa Anita in preparation of his biggest assignment to date, and he is bred to thrive going a route of ground.

Iroqouis and Saratoga Special (G2) runner-up Scabbard has shown improvement in each lifetime showing for conditioner Eddie Kenneally. He was a clear second in each of those stakes attempts, and the chestnut son of More Than Ready will be an off-the-pace threat with another step in the right direction. 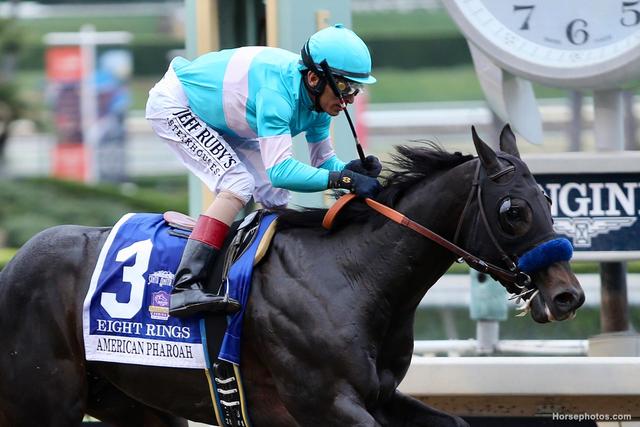