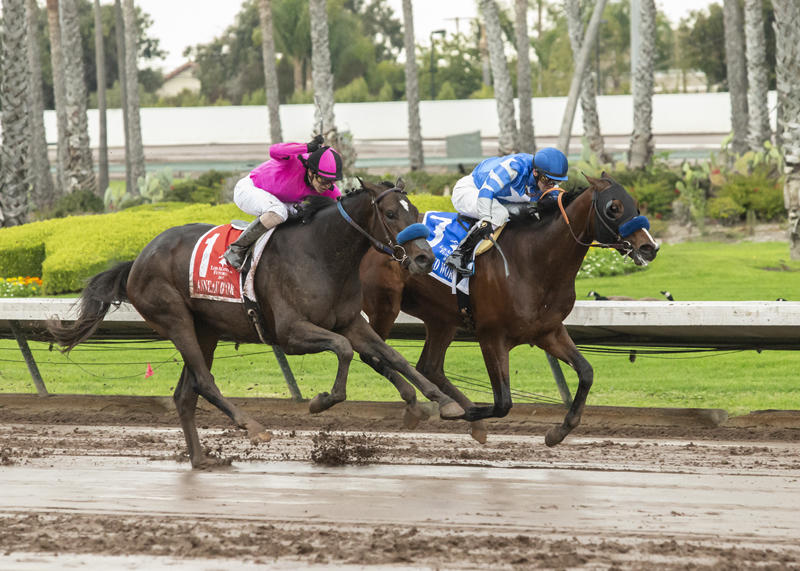 Albaugh Family Stables and Spendthrift Farm’s Thousand Words was headed late but rallied back in the final stages to capture Saturday’s $200,000 Los Alamitos Futurity (G2). The juvenile completed the 1 1/16-mile contest in 1:43.19 over a good, sealed surface with Flavien Prat in the controls.

The winner debuted on October 26 at Santa Anita in a 6 1/2-furlong maiden special weight event and came out a half-length winner. He is now two-for-two lifetime, and the colt also earned 10 points on the 2020 Road to the Kentucky Derby for his game victory.

Trained by Bob Baffert, Thousand Words brought $1 million from his current connections at the 2018 Keeneland September Yearling Sale. He is the first stakes winner produced from three-time graded stakes heroine Pomeroys Pistol, who was also runner-up in the 2011 Test (G1) and Prioress (G1).

Thousand Words passed his two-turn test with aplomb at Los Alamitos, and the Florida-bred registered a 95 Brisnet Speed rating for his excellent work. The bay colt did some of his best running in the latter stages of the Futurity and seems poised for progression in his three-year-old season.

The expensive youngster toppled a compact, but ultra-talented, field on Saturday and is a prime Triple Crown candidate heading into 2020. The son of Pioneerof the Nile has displayed a fine stride, good early presence, and also tenacity, to this stage of his development. He galloped out well while clear of his foes after the wire on Saturday, and Thousand Words has a lot of room for improvement with just a pair of races under his belt to date.

Thousand Words will ascend on many Kentucky Derby lists after his courageous score. And if Baffert is right, the best is yet to come. The trainer stated, “I told him (Prat) before he ran that I found a good one for him for the Kentucky Derby next year.’’

And that simple quote could be worth a "Thousand Words" if the colt makes his way to Louisville on May 2. 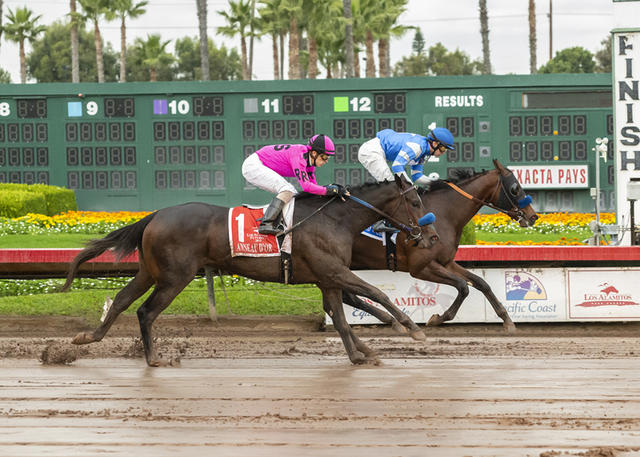