Tales from the Crib: Combatant

As if we needed more reason to mourn the loss of internationally renowned sire Scat Daddy in 2015, at the young age of 11, the late Coolmore stallion is responsible for four  Kentucky Derby (G1) contenders. Two fittingly have Coolmore connections.  Mendelssohn is the obvious one as an Aidan O’Brien trainee owned by the Coolmore principals, and Combatant is the other, having been born and raised at Coolmore’s American division. Together with unbeaten favorite  Justify and reliable Flameaway, they give Scat Daddy 20 percent of the Derby field.

Combatant was bred by Paget Bloodstock, a partnership including Dermot Ryan, the manager of Coolmore’s Ashford Stud in Kentucky where Scat Daddy stood. Ashford is also the home of 2015 Triple Crown star American Pharoah.

Paget Bloodstock is best known for breeding world-class stayer Order of St George. Based with O’Brien at Ballydoyle in Ireland, Order of St George captured the historic Gold Cup (G1) at Royal Ascot in 2016, and just missed as the odds-on favorite in his title defense last summer. The multiple European champion is favored in the early betting (antepost) market to regain his Gold Cup crown on June 21.

Combatant’s dam, the unraced Border Dispute, was bred by Claiborne Farm. By Boundary (the sire of 2008 Kentucky Derby and Preakness [G1] champion Big Brown), Border Dispute was produced by Scads, a daughter of champion and 1988 Derby runner-up Forty Niner. Scads is a granddaughter of Canadian Hall of Famer Fanfreluche, an outstanding matron whose influence is felt the world over. Among her descendants are major sires Holy Roman Emperor (who stands at Coolmore’s Irish headquarters), Encosta de Lago (who stood at Coolmore Australia), and Flying Spur.

Border Dispute is a veteran of the auction ring. Offered four times, she sold thrice, most recently for $80,000 as a broodmare at Keeneland November in 2013.

By that point, Border Dispute was already established as the dam of two European stakes performers. Her first foal, Mythical Border (by Scat Daddy’s sire Johannesburg), was a close third in the 2008 Flying Childers (G2) for the speediest juveniles at Doncaster. Her next, Long Lashes, was more accomplished. After a successful debut in the 2009 Ballygallon Stud S. at the Curragh, Long Lashes was scooped up by Godolphin. She went on to garner the Sweet Solera (G3) at Newmarket and place in two more stakes, notably the 2011 Balanchine (G2) during the Dubai Carnival at Meydan.

In her first season in the Paget fold, Border Dispute visited Scat Daddy, and her bay colt arrived at Ashford on May 2, 2015.

“Combatant was always very highly regarded here at Ashford as an outstanding foal who progressed and developed into an exceptional yearling,” Ryan said.

“Hence the strong price when he was sold on behalf of his owners by Padraig Campion for $320,000.” 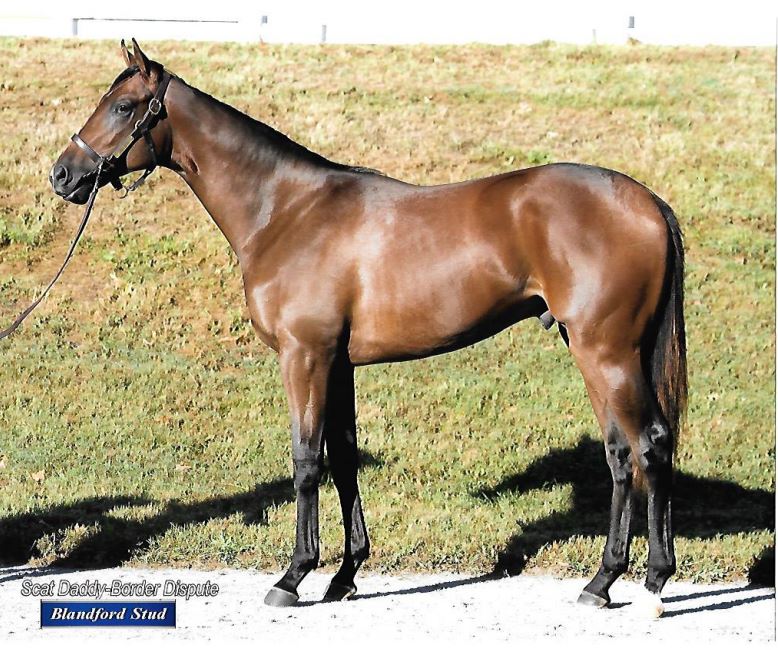 The colt commanded that amount as a yearling at Keeneland September. Consigned by Campion’s Blandford Stud, as agent, he was an attractive prospect who drew plenty of talent scouts in the pre-sale inspection phase.

“Combatant was a very busy yearling at the sales,” Campion recalled. “He was shown as much as any horse that I have sold, and he always did his best to show himself well.

“He was very popular and ended up with a big number of scopes. Throughout all the scrutiny he remained very confident and displayed a lot of class.”

Combatant was purchased by Ron Winchell’s Winchell Thoroughbreds, the co-owner of 2017 Horse of the Year Gun Runner (and third-placer in the 2016 Derby). Other top Winchell horses include homebred champion Untapable and Summerly, both Kentucky Oaks (G1) winners; Pyro, the 2008 Louisiana Derby (G2) hero and Kentucky Derby also-ran before going on to Grade 1 glory for Godolphin; and 2012 Breeders’ Cup Dirt Mile (G1) victor Tapizar.

Like those Winchell colorbearers, Combatant is trained by Hall of Famer Steve Asmussen.

“He is in very good hands,” Campion said, “and I wish the connections the best of luck in the Run for the Roses.”

His connections include Willis Horton Racing, which teamed up with Winchell as co-owners. Horton burst into the spotlight when campaigning Will Take Charge, the champion three-year-old male of 2013 with victories in the Travers (G1), Pennsylvania Derby (G2), and Clark H. (G1). The following year, his Take Charge Brandi was voted champion two-year-old filly after landing the Breeders’ Cup Juvenile Fillies (G1) and Starlet (G1).

Take Charge Brandi was by the all-time great Giant’s Causeway, who recently passed away at his Ashford Stud home. Himself Ashford-born and -raised, the “Iron Horse” went on to become a champion sire as well, leaving an indelible mark through his sons and daughters alike.

Although there is no replacing a titan like Giant’s Causeway, or fellow Storm Cat scion Scat Daddy, the rising generation must pick up the baton and carry on. And that’s why breeders keep the faith as they look to the future.

“We are always hopeful that the stock we raise here on the farm will go on to be successful and run in top races like the Derby,” Ryan said, “but it is no surprise to see Combatant doing so well. He has always been a special horse.” 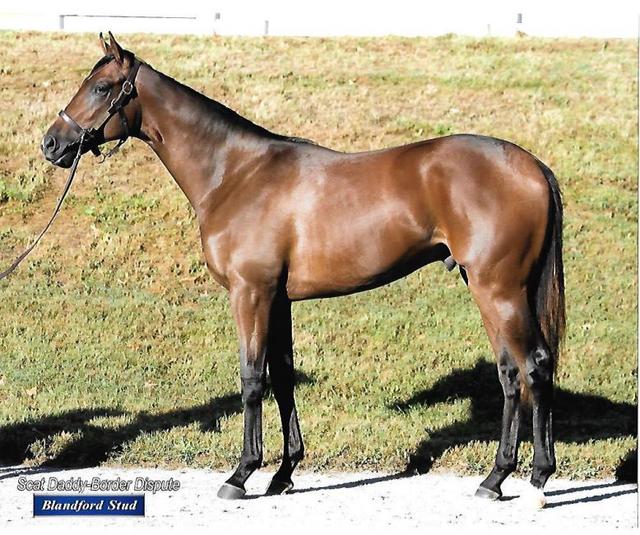