Tales from the Crib: Cutting Humor 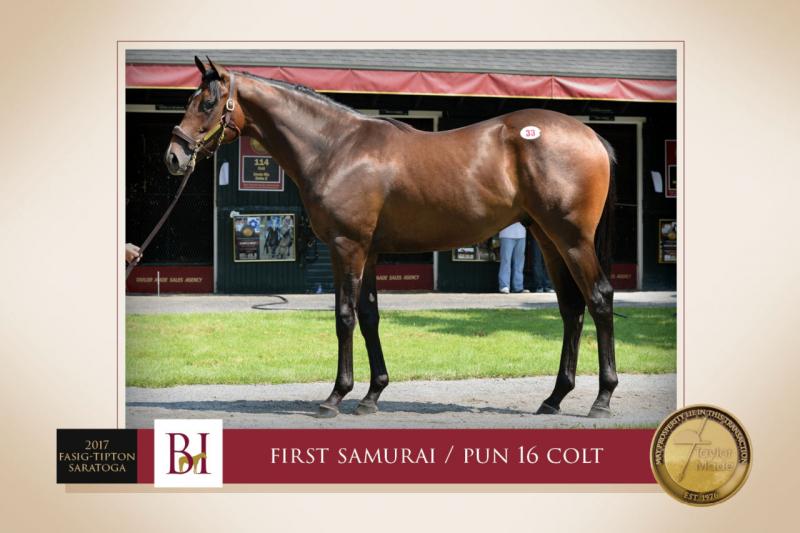 Cutting Humor, one of two Kentucky Derby (G1) contenders (along with Tax) arising from the Hancock family’s historic Claiborne Farm, hopes for better luck than his nearest forebears.

Sire First Samurai was a multiple Grade 1-winning juvenile who was prominent on the 2006 Derby trail, only to be knocked out by a freak injury. The Frank Brothers trainee suffered broken ribs at the start of the Blue Grass (G1), explaining his otherwise bafflingly remote fifth. First Samurai missed the Triple Crown, and without having enough time to prepare for a fall campaign, retired to stud at Claiborne.

Cutting Humor is out of a mare by Pulpit. Also trained by Brothers, Pulpit entered the 1997 Derby as a top contender, but wound up fourth, exited with an injury, and never raced again. At least he made it into the gate, unlike his own sire, Hall of Famer A.P. Indy, who was scratched on Derby Day in 1992.

Cutting Humor’s dam, the unraced Pun, is a total Claiborne production top and bottom. Her parents, Pulpit and multiple stakes winner Joke, were both Claiborne homebreds. Joke was herself out of the Claiborne mare Tour, a stakes-winning daughter of fellow homebred Forty Niner (the near-misser to Winning Colors in the 1988 Derby) and later the ancestress of millionaires Departing and Bolt d’Oro.

Bred by Dell Hancock (whose brother Arthur’s Stone Farm bred Roadster) and Claiborne’s bloodstock manager Bernie Sams, Cutting Humor is a half-brother to stakes winner Irish You Well, who placed in the 2014 Illinois Derby (G3) and Peter Pan (G2). Another near maternal relative is multiple Grade 1-winning sprinter Zensational (out of Joke and thus a half to Pun).

The April 7-foaled dark bay was offered as a barely turned yearling at the 2017 Keeneland January Sale. Since he brought $135,000, he must have looked sharp enough at that in-between stage of development. 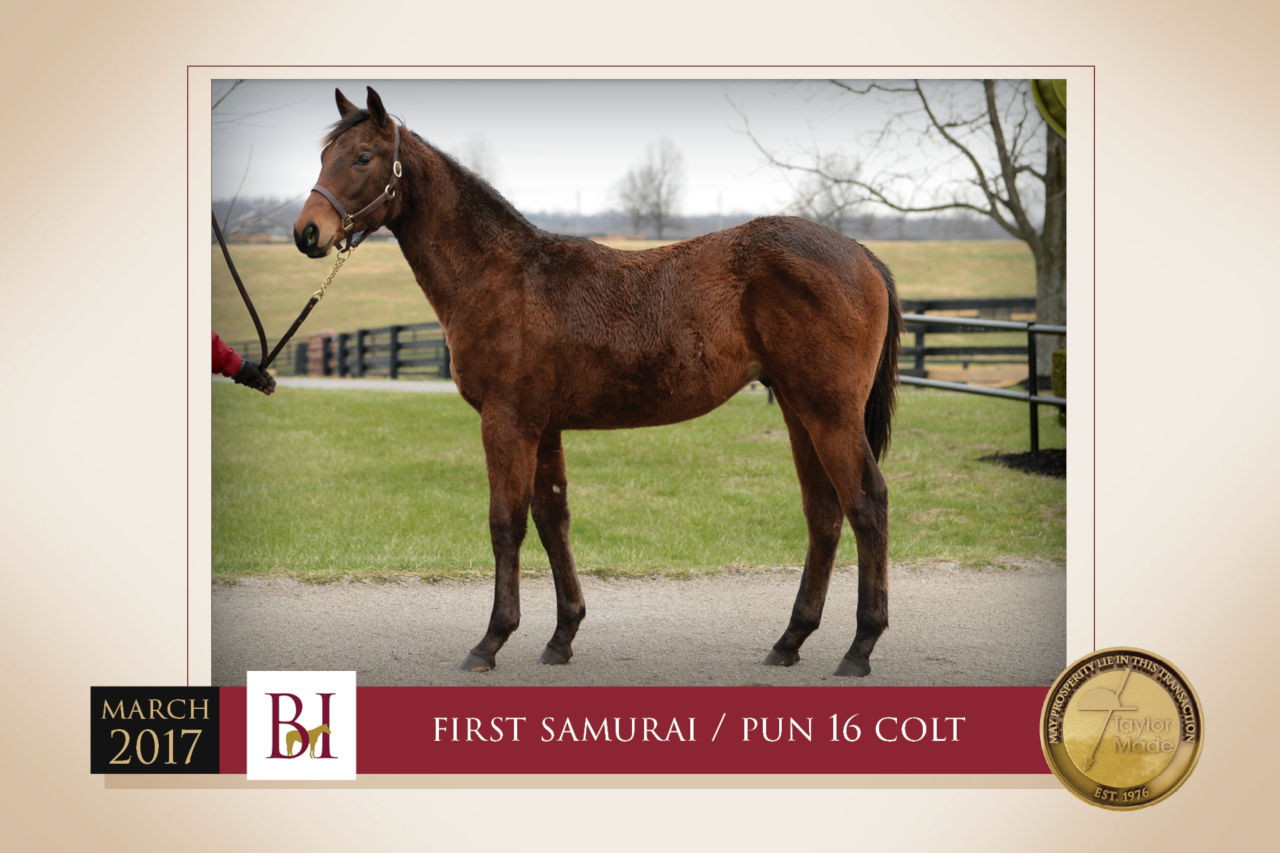 The buyer, Bloodstock Investments IV under the auspices of Taylor Made Sales, is on the lookout for attractive prospects for resale. This “pinhooking” operation also sourced Derby contender Improbable, and its other current success stories include 2018 Sanford (G3) victor Sombeyay and highly regarded Keeneland maiden winner Bandon Woods.

Katie Taylor, who noted that they’d found 2018 Derby runner Flameaway at the same sale the prior year, commented on Cutting Humor’s selling points.

“We loved the fact that he had such a strong dam being a half to Irish You Well. The colt was dead correct, had a fantastic walk, and a great profile. We were satisfied with First Samurai as a proven and solid stallion, and we just loved the female family and physical on the colt.

“When we bought him he was very woolly,” Taylor added. “We thought that he was this big, raw-boned, rugged colt and were quite surprised when he shed out to have so much scope and refinement.”

One indicator of his physical appeal was Taylor’s comment within the colt’s flipbook: next to an arrow pointing from the hindquarters of the skeletal diagram was the blurb, “motor of a millionaire Grade 1 winner.”

That flipbook is part and parcel of Bloodstock Investments’ mission statement.

“In Bloodstock Investments, our goal is to create a convenient, safe, and educational entry point to the Thoroughbred industry,” Taylor said. “We strive to recruit investors that are completely new to the industry and develop them into well informed and passionate owners.

“We spend lots of time and resources teaching our investors about every horse, their vetting, pedigree, management issues, conformation, sale placement, etc. No questions are off limits, and we encourage as much interaction and participation as the investor would like.”

Transparency is evident not just in written communications, but also videos, as evidenced in this clip of Cutting Humor after he had chips removed from a fetlock. The yet-unnamed colt took everything in stride and progressed beautifully toward his objective – the boutique Fasig-Tipton Saratoga Yearling Sale in August. 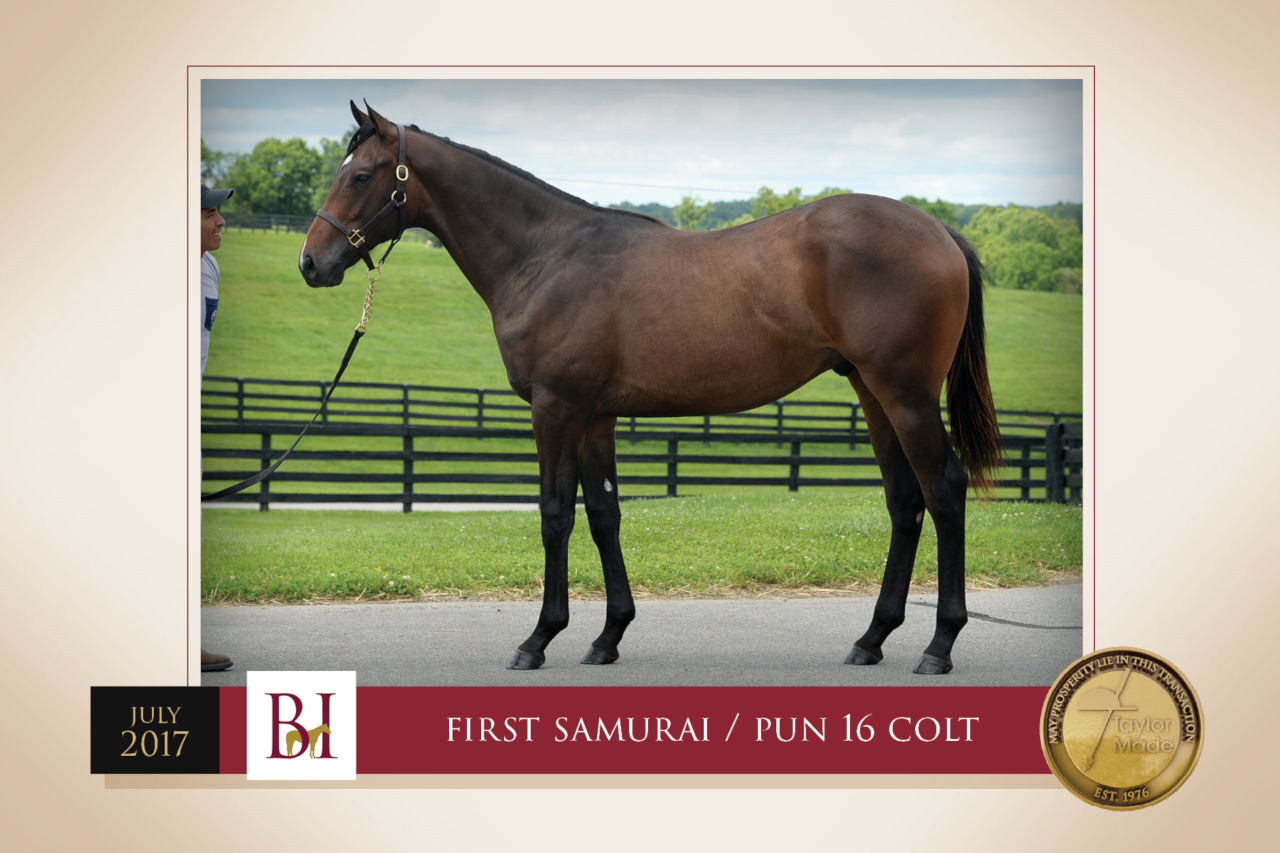 “Always a very quirky colt in the barn,” Pun’s son “was very curious about everything, but he was also very smart and approached anything we threw his way with loads of intelligence and class,” Taylor said. “He was always a very respectful colt.

“When we got to Saratoga he walked off the van like he was just walking out of his stall in Kentucky. He was completely unfazed by the long trip. I am hoping this helps him on Derby Day in a huge field. At Saratoga, this colt did everything right. He was a class act and showed his socks off!”

You can get a sense of how he came across in his inspections in this video.

“We were so impressed and blessed to see him bring $400,000 and go to Frankie Brothers and Starlight!” Taylor said. “How wonderful to see him purchased by First Samurai’s trainer! We could not be more happy for Starlight.” 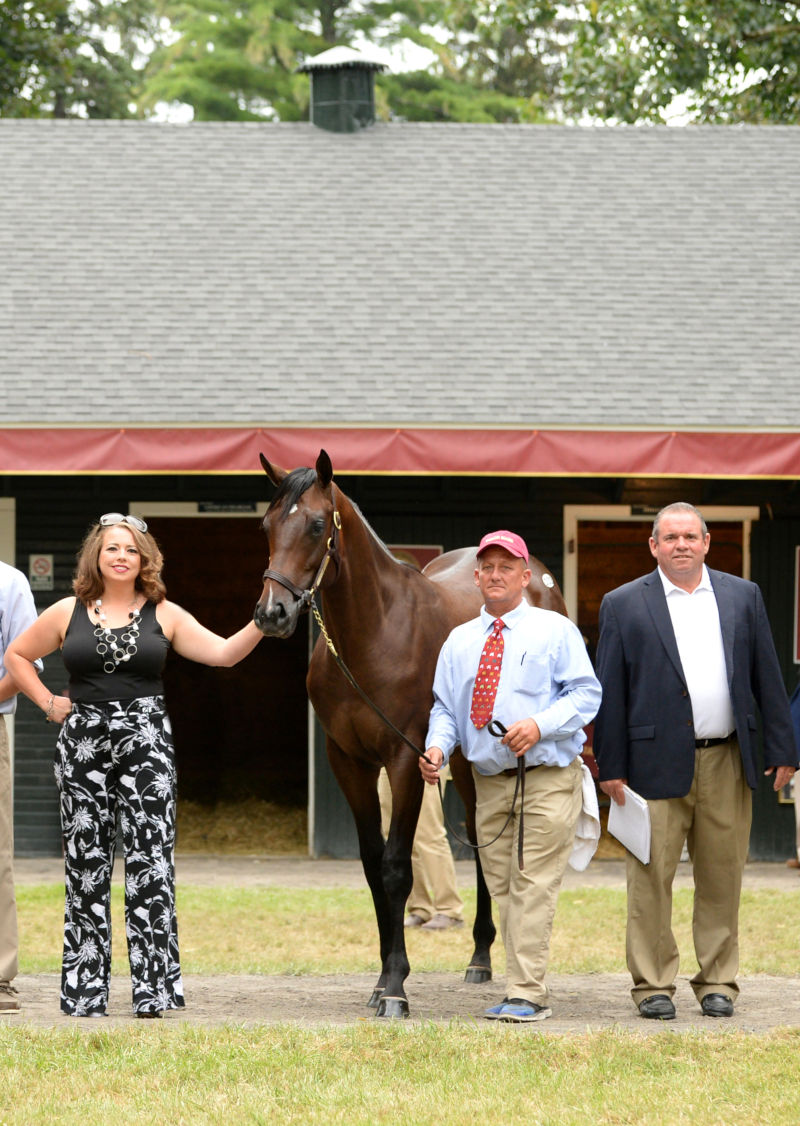 Among the partners involved in Triple Crown champion Justify, Starlight also campaigns aforementioned Bloodstock Investments/Taylor Made grad Improbable in partnership with WinStar Farm and China Horse Club. But Cutting Humor is owned solely by Starlight, which bestowed upon him the clever name.

Sent to Todd Pletcher, Cutting Humor placed in his first two starts, including a third at Keeneland to Derby rival Plus Que Parfait, before breaking his maiden at Gulfstream Park West. Next he was runner-up to well-regarded Bourbon War (who’s currently stuck in number 24 on the “bubble” list awaiting Derby defections), and a badly troubled seventh in the Southwest (G3). Cutting Humor enjoyed a better trip in the March 24 Sunland Park Derby (G3), scoring in track-record time and propelling himself into Derby 145.

If Cutting Humor can deliver a similar thrust on the first Saturday in May, he’ll be winning one not only for First Samurai and Pulpit, but for Brothers too.

Photos of Cutting Humor courtesy of Taylor Made; Katie with father Frank (right) at Saratoga 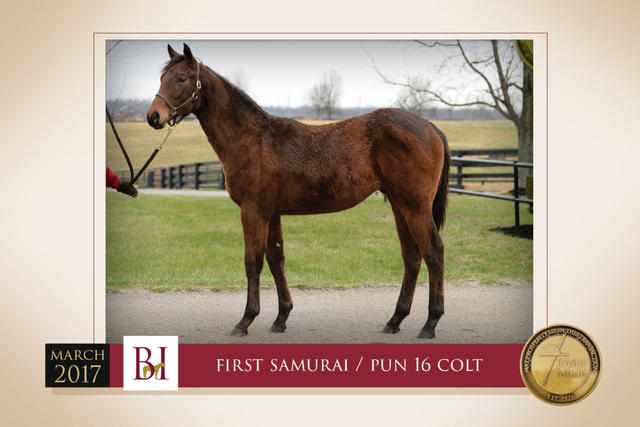