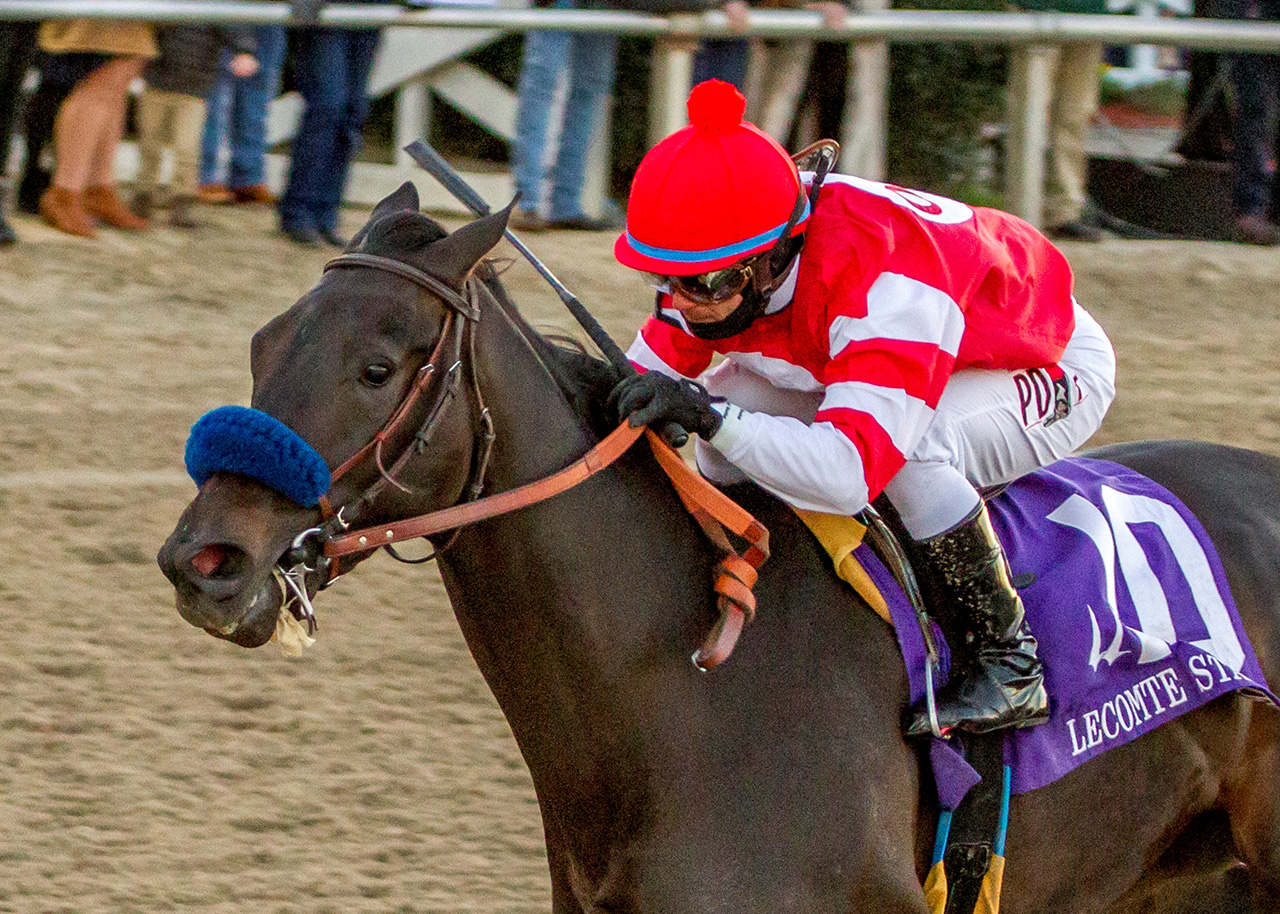 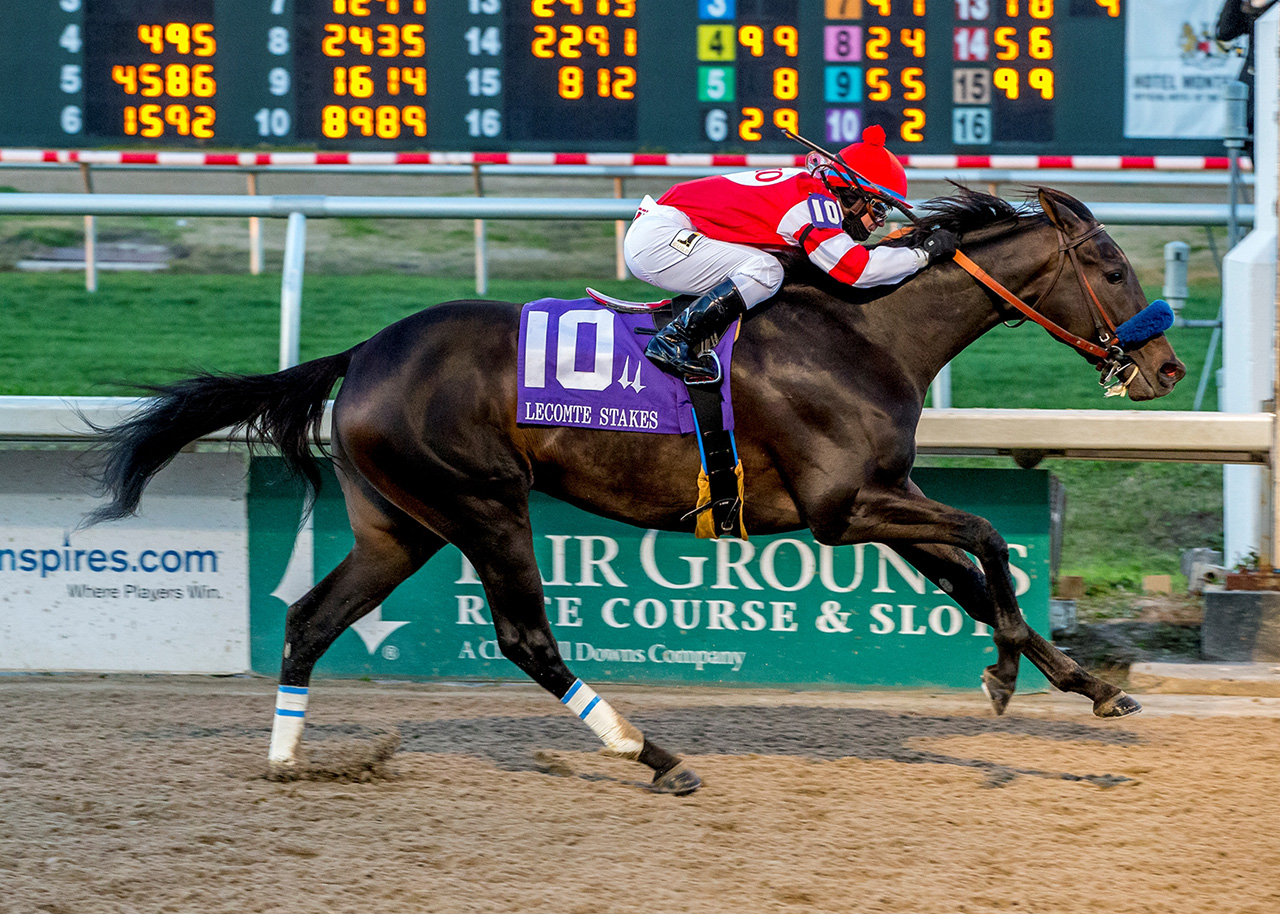 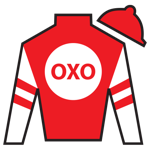 With a strong pedigree and solid training, OXO Equine LLC made a heavy handed bid for Instilled Regard when he became available at a 2017 Ocala Sale in March. The then two-year-old colt was purchased for $1,050,000 and is being sent along the 2018 Kentucky Derby prep race circuit. With strong performances so far, he’s becoming a force that’s increasingly difficult to ignore.

Running out of California initially, Instilled Regard ran 2nd in his maiden special weight debut at Del Mar. Next he moved to Santa Anita and finished 3rd in a September allowance, before breaking his maiden in late October. He would make his stakes debut in the hotly contested 2017 Los Alamitos Futurity.

Going off as a 17/1 longshot, Instilled Regard was an afterthought at the window. Leaving the gate, he didn’t get off to a good start and trailed the field in the early stages. Around the final turn the prized colt made a daring move for first and hounded 1/2 odds favorite McKinzie down the homestretch. The two horses were side by side until 8/5 odds second choice Solomini came roaring to battle them, bumping Instilled Regard before crossing the wire first.

While Solomini was the initial winner, he was summarily dropped to third after officials reviewed the race. McKinzie was awarded the win and Instilled Regard was promoted to second. It was great that the longshot could fare so well against two of the biggest early contenders for the 2018 Triple Crown, which should encourage OXO Equine.

Training continued through the remainder of 2017 as Instilled Regard travelled to Fair Grounds to take on the 2018 Lecomte, which he dusted handedly to win as a newly respected 2/1 second choice. Instilled Regard outlasted Principe Guilherme at 6/5 and Snapper Sinclair at 28/1 to score his first graded stakes victory. He is next expected to participate in the 2018 Risen Star on February 17th.

Instilled Regard has earned $246,000 in career earnings by finishing back-to-back 4th place efforts in the Santa Anita Derby last out and Risen Star at Fair Grounds prior. Winning the LeComte and running 2nd in the Cash Call Futurity really helped him lead the bubble horses. With a defection of Gronkowski, he is ensured a start in the Derby. Jerry Hollendorfer is getting a lot out of this contender, who boasts the type of pedigree that demands consideration along the Road to the Derby.

Learn more about Instilled Regard with these indepth stories: