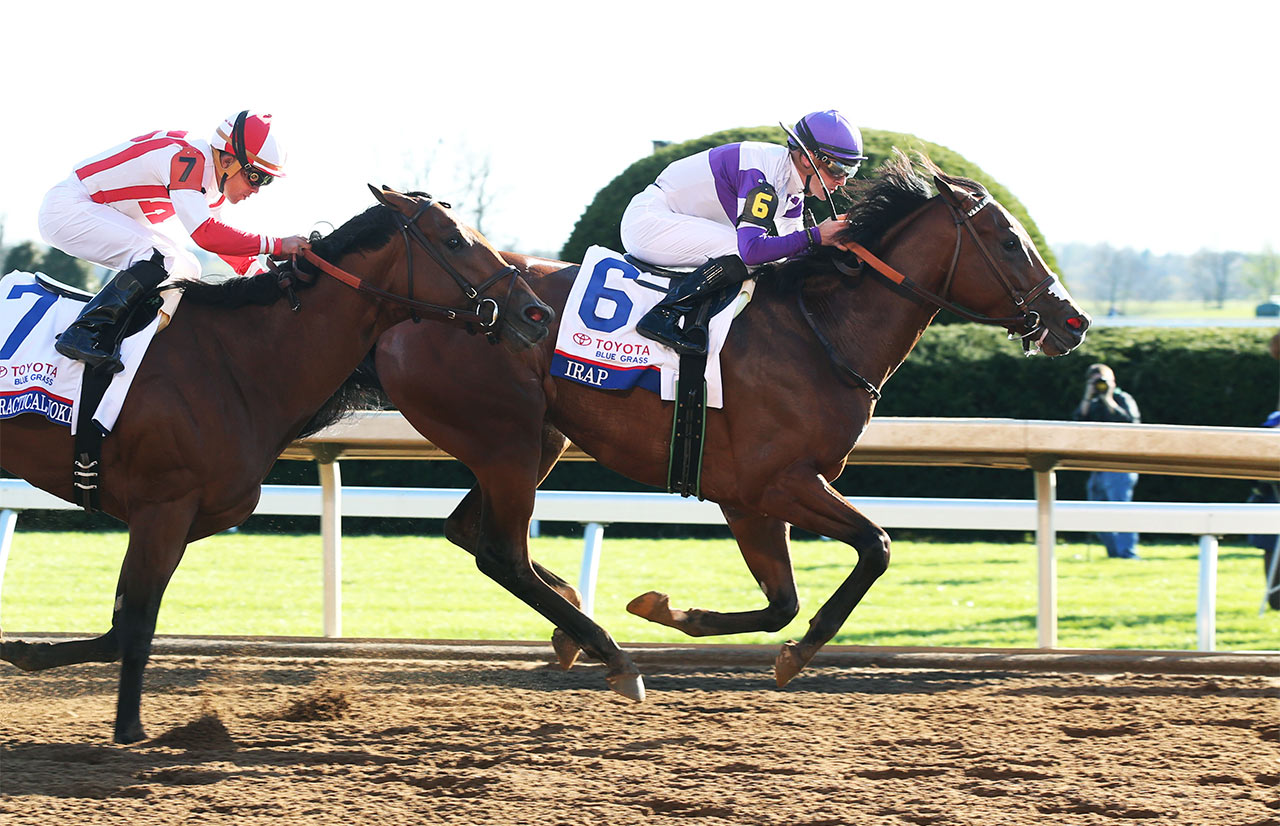 
In a year full of surprises on the Kentucky Derby trail, Irap caused one of the biggest of them to earn himself a Derby start.


Trained by Doug O’Neill and owned by Reddam Racing, the team behind last year’s Derby winner Nyquist, Irap was at 33-1 when he faced highly-fancied Derby horses Practical Joke, McCraken, and Tapwrit in the Blue Grass Stakes (G2) at Keeneland April 8. But he defied them all in the stretch, earning a Derby start in the process.


Irap had contested three races with points available for the Road to the Kentucky Derby leaderboard prior to April 8. He ran well in all three – finishing second in the Los Alamitos Cash Call Futurity (G1), second to Royal Mo in the Robert B. Lewis Stakes (G3), and fourth to Hence in the Sunland Derby (G3), but didn’t look like winning any of them, hence the odds at Keeneland.


Bred by Aaron and Marie Jones, Irap is by dual Breeders’ Cup Classic (G1) winner Tiznow out of the champion Canadian filly Silken Cat. Her best progeny is the Breeders’ Cup Sprint (G1) winner and outstanding sire Speightstown, many of whose progeny have shown an aptitude for distances past a mile.


Irap usually races close to the speed, and has shown persistent fight in the straight. Whether the Blue Grass victory was a turning point or a one-off will become clear on the First Saturday in May.


Irap has not featured as an individual option in any pool of the Kentucky Derby Future Wager. He is one of the horses that those who took the “all others” option will be following, and his honesty makes him worth considering for a wager.