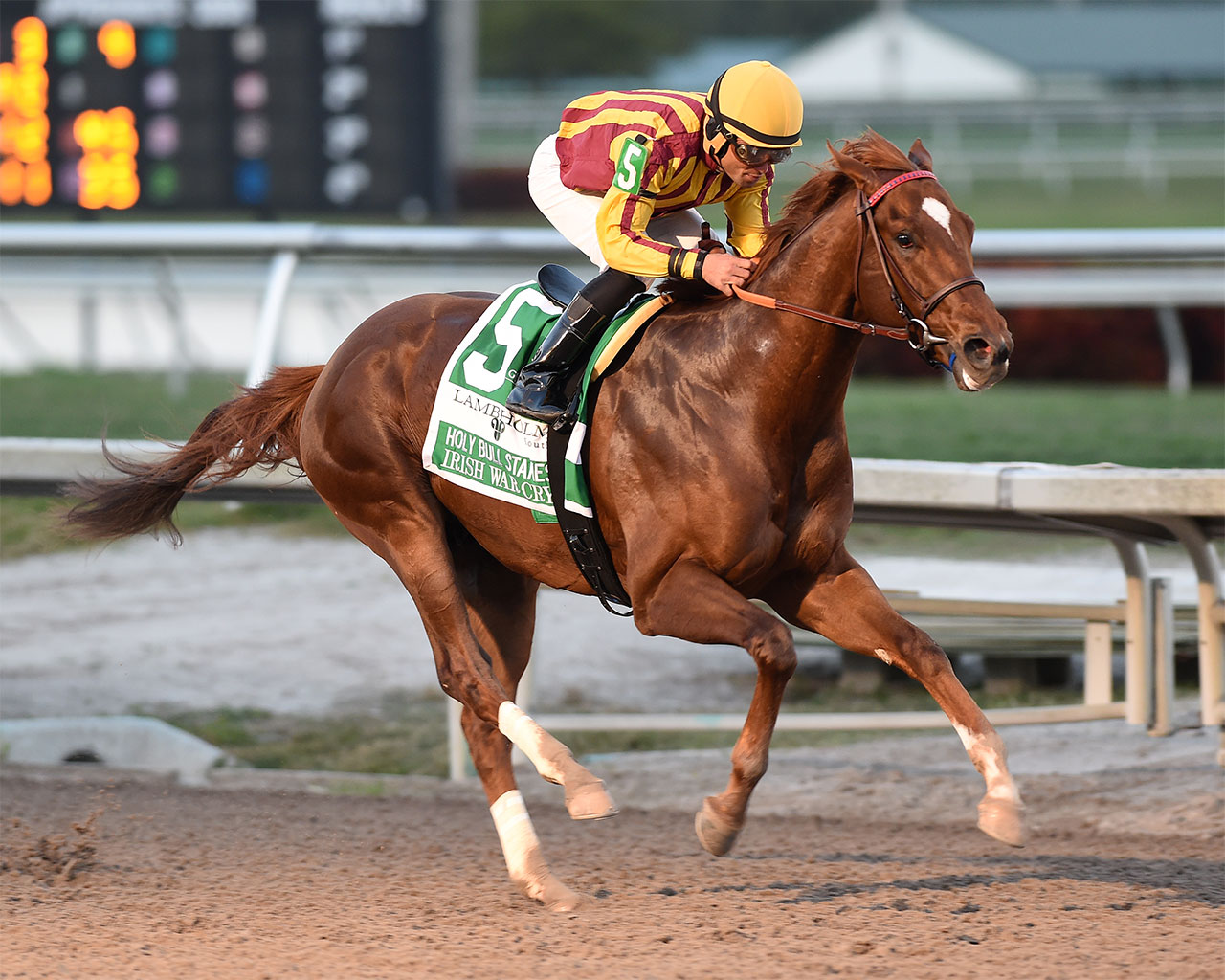 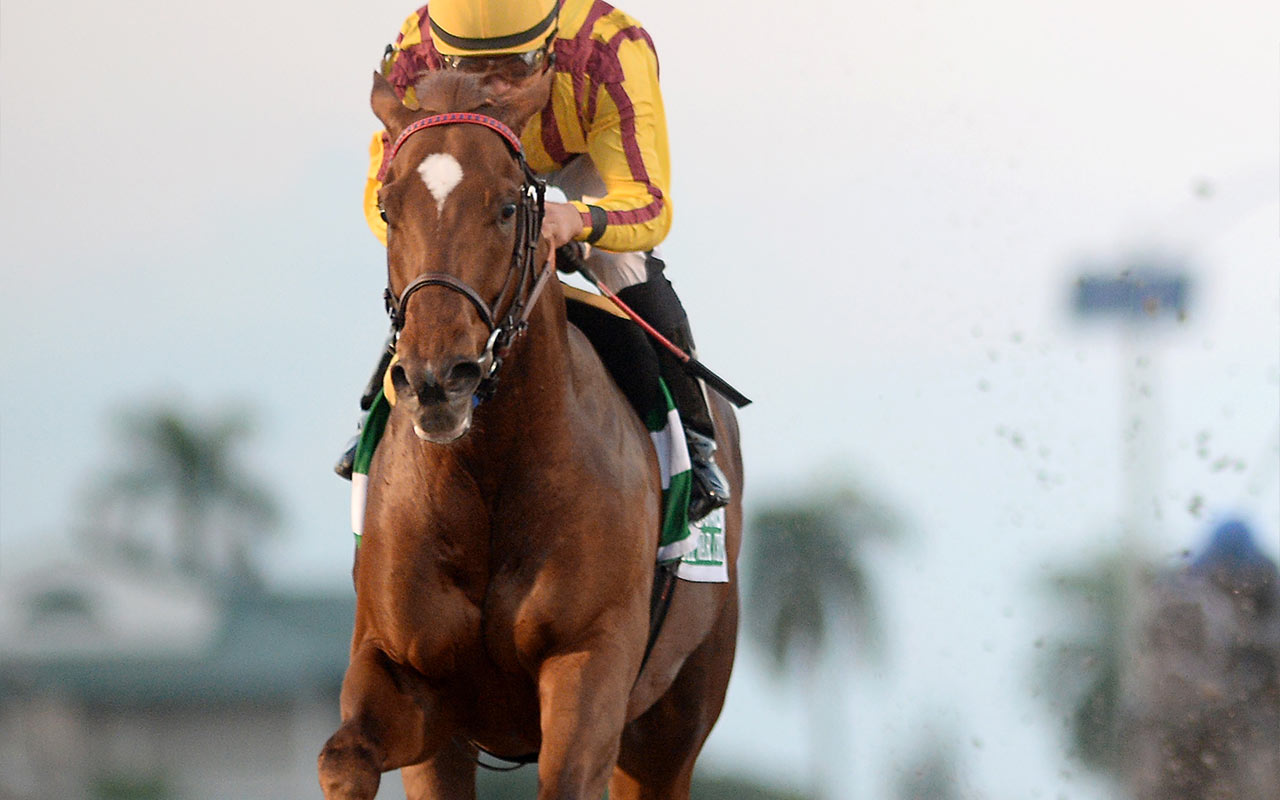 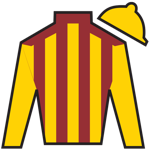 
Irish War Cry – apart from one surprise defeat – has proved as good as just about any Kentucky Derby prospect this year.


Unfortunately, he produced a shocker in the Fountain of Youth Stakes (G2) March 4 back at Gulfstream Park, fading badly to finish seventh, 21 lengths behind Gunnevera.


Trainer Graham Motion called the effort a “real head-scratcher”, but suggested he possibly raced the colt too quickly after the Holy Bull Stakes.


The Fountain of Youth effort was clearly well below Irish War Cry’s previous form, and it wasn’t an issue of stamina – the Holy Bull was contested over the same distance – and he proved his class in the Wood Memorial (G2), this time coming from just off the pace to pull clear of the highly-rated Battalion Runner.


His pedigree suggests he has a good chance of staying 1-1/4 miles in the Derby; he is by dual Horse of the Year Curlin, who could stay the trip himself, from a female line which contains stamina.


Irish War Cry was a 7-1 shot when Pool 3 of the Kentucky Derby Future Wager closed Feb. 26 but drifted to 21-1 when Pool 4 closed – odds which are unlikely to be available again after his Wood Memorial effort. He is a top betting prospect.