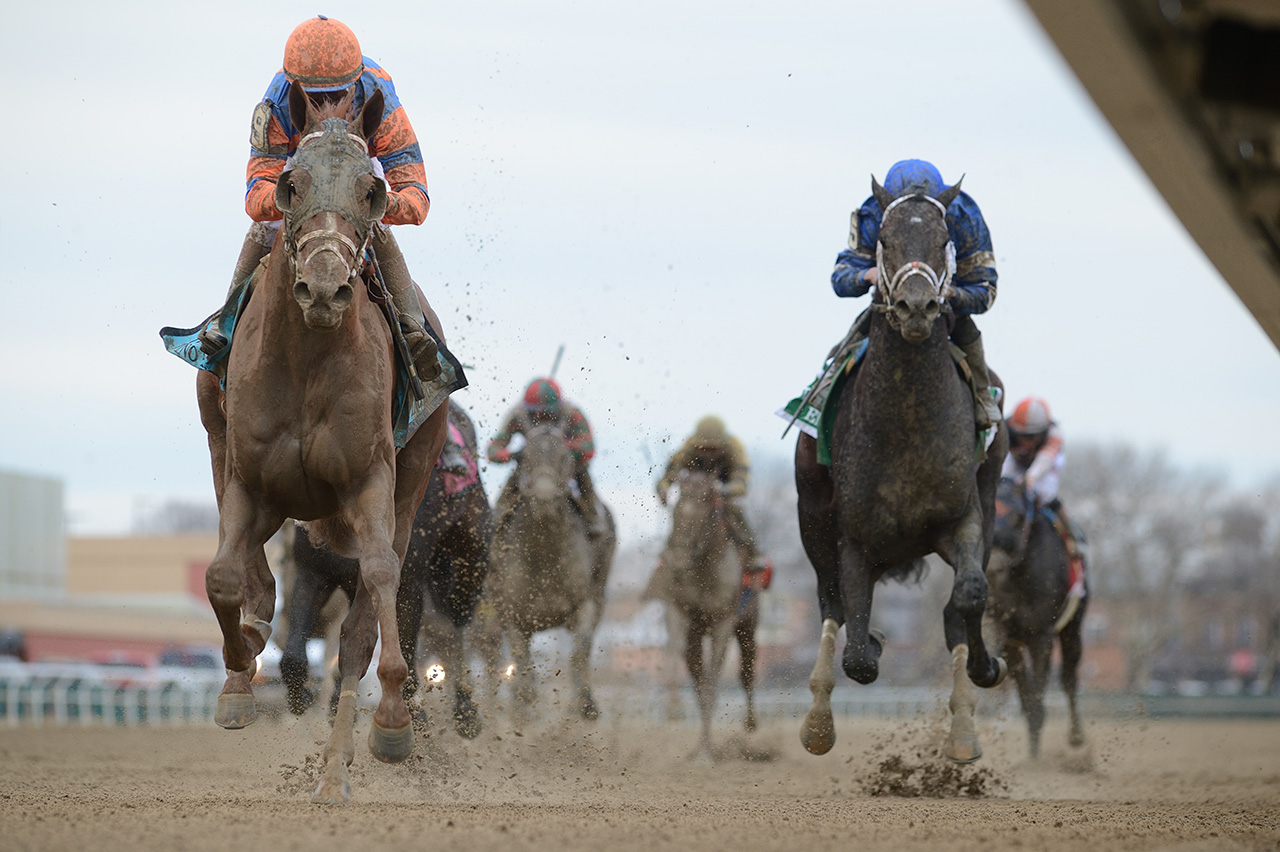 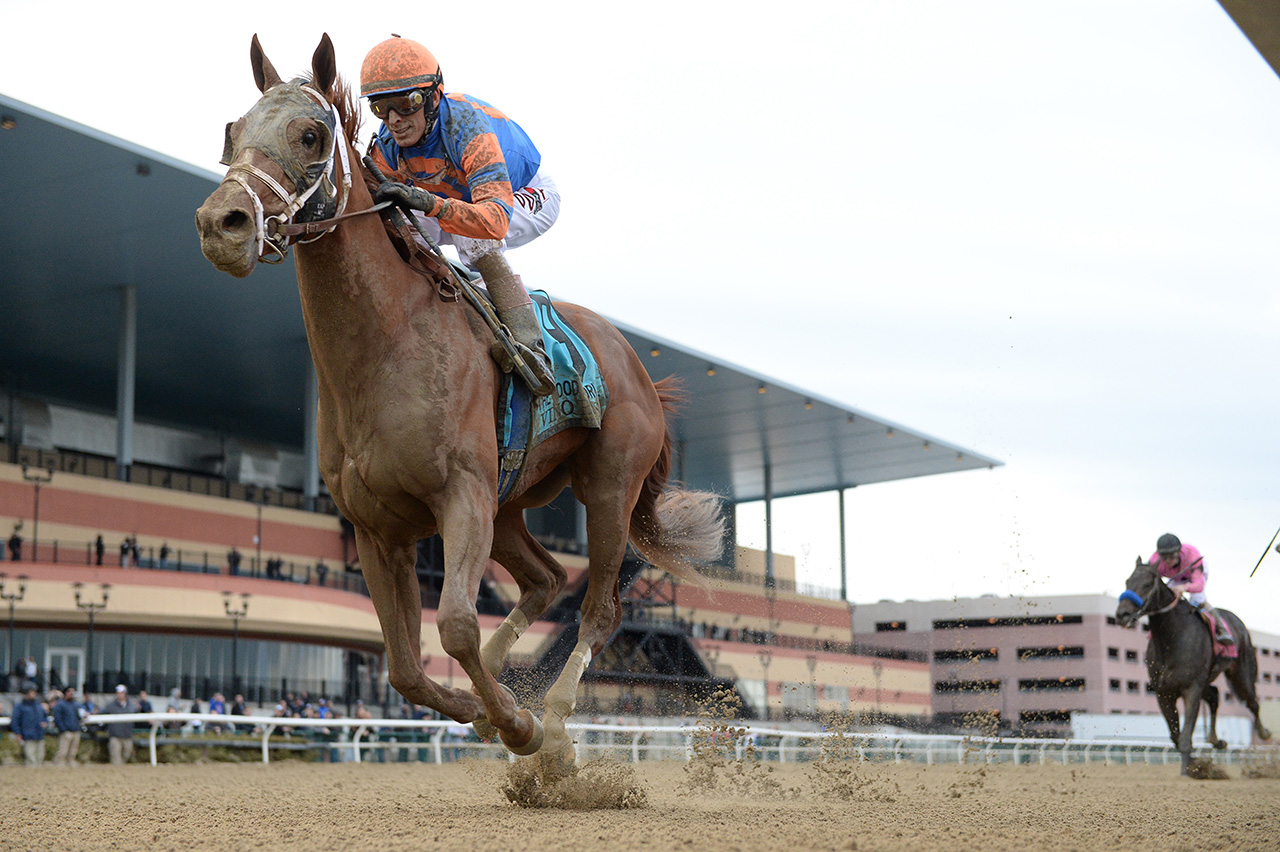 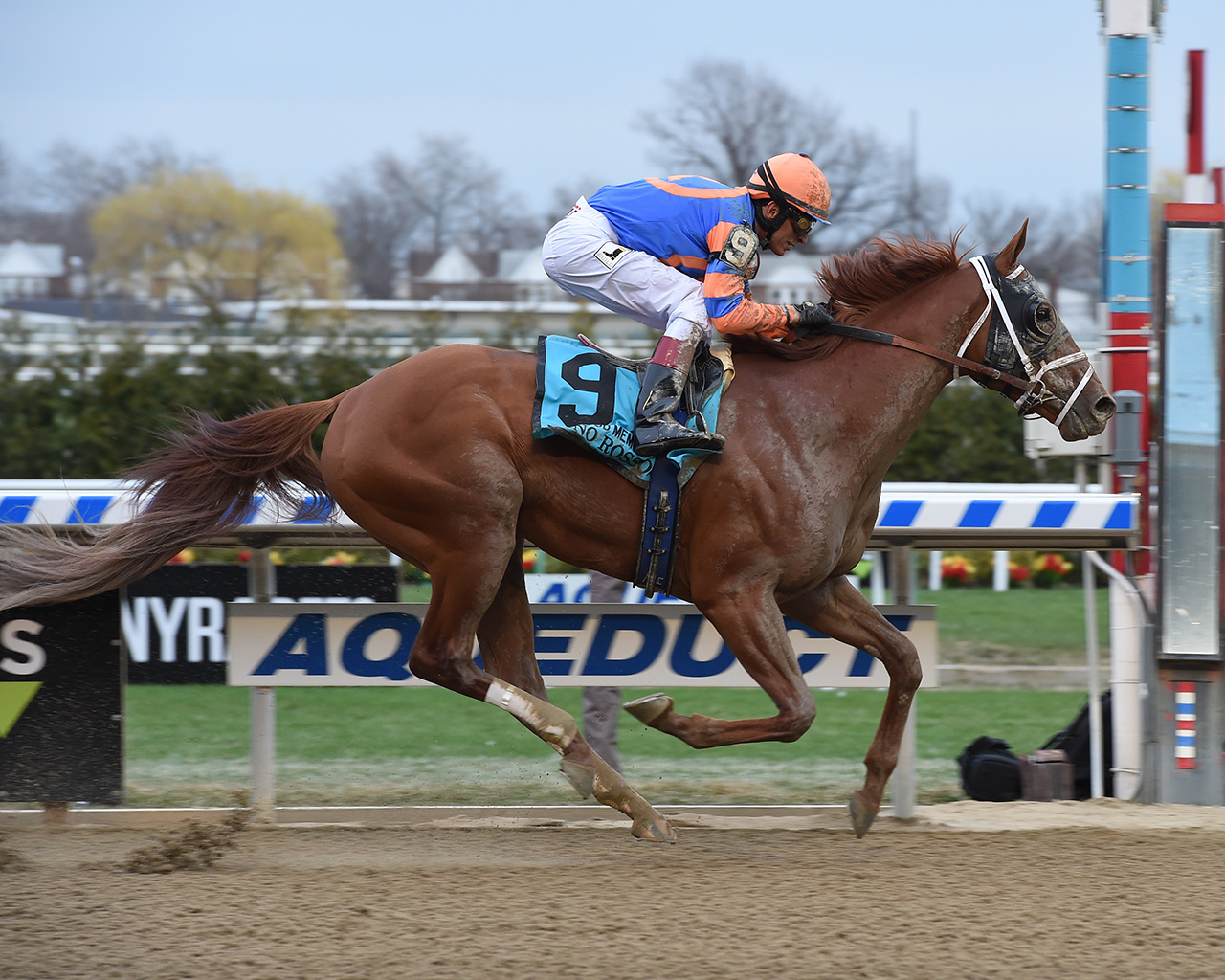 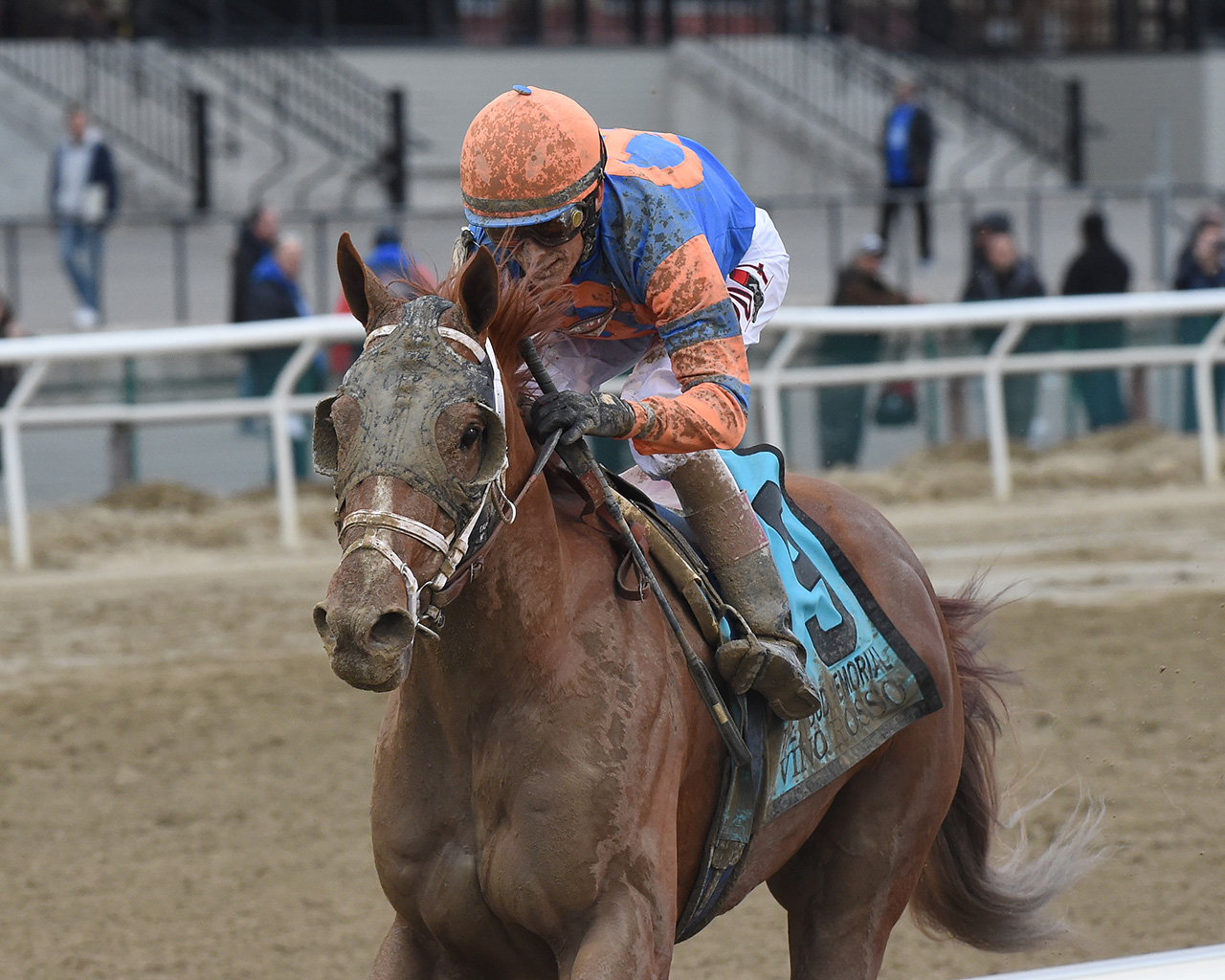 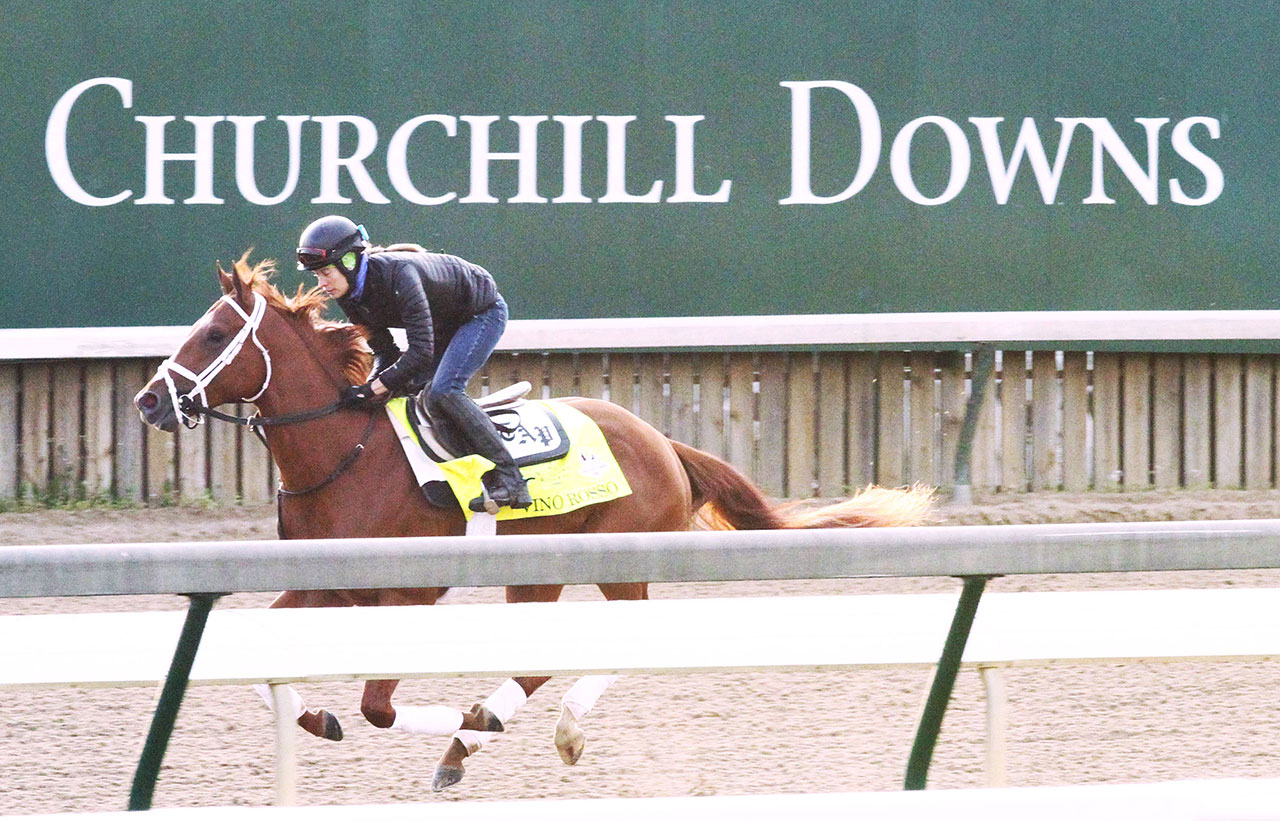 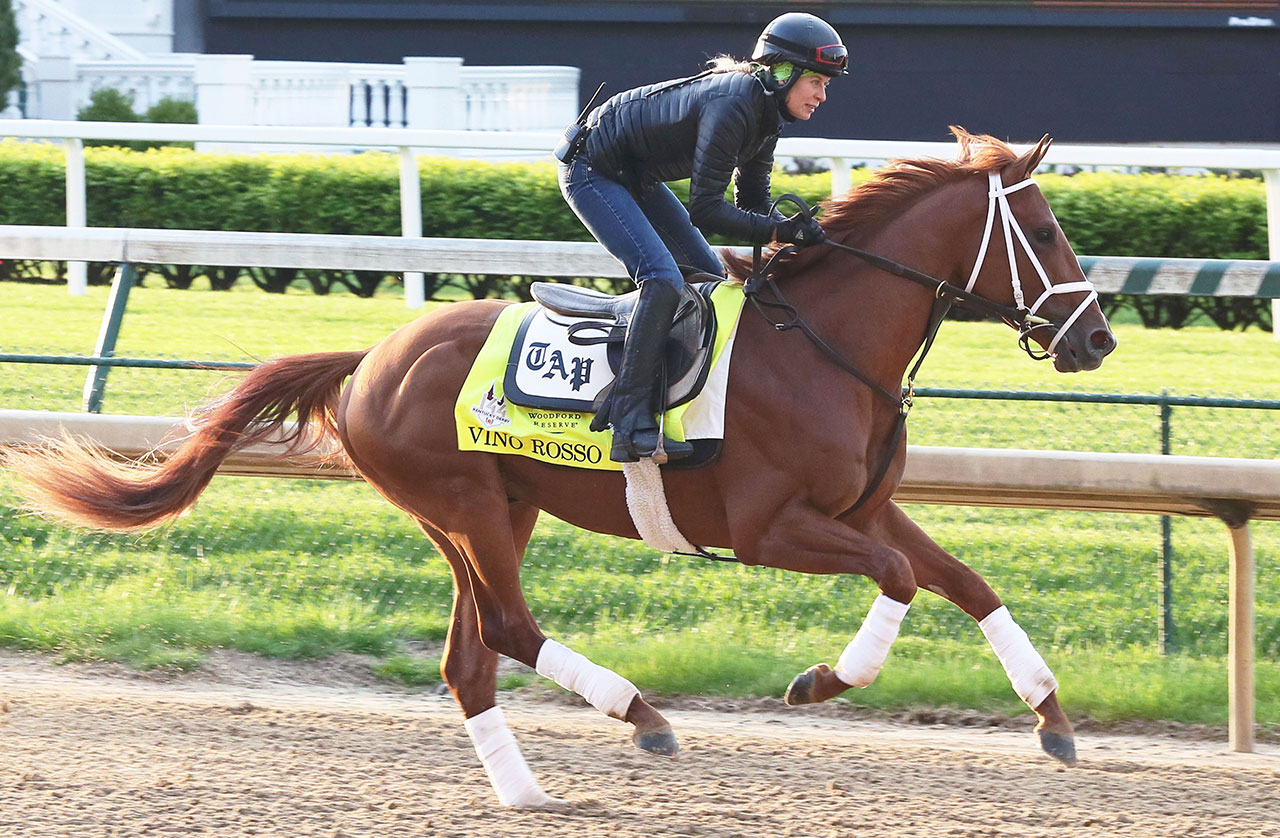 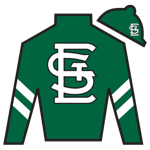 Ridden by John Velazquez, Vino Rosso ran 1 1/8 miles in 1:49.79, closing with gusto on the runaway leader Old Time Revival and zooming past him alongside the favorite Enticed as those two went heads apart into the Aqueduct stretch and opened up nearly 5-lengths on their closest pursuers. Those two bumped in rapid succession along the rail before Vino Rosso put away Enticed coming to the sixteenth pole and drew away for a 3-length victory. A stewards’ inquiry followed and an objection, but after video review, there was no change to the order of finish. Vino Rosso was sent off at 4-1 odds and paid $10.40 to win while Enticed finished 2nd, Restoring Hope 3rd and Firenze Fire another six lengths back in fourth.

Vino Rosso was a debut winner at Aqueduct in November and then toyed with five rivals in winning his next allowance race in December at Tampa Bay Downs. His 3-year-old debut was a 3rd place finish in the Sam F. Davis (G3), as he re-rallied in the stretch to finish just 1 ¼ lengths behind the winner Flameway, who set a new stakes record time in the 1 1/16 mile race at Tampa Bay Downs. Vino Rosso earned a 100 BRIS speed figure and posted a 106 BRIS Late Pace Rating. He followed with a 4th place finish in the Tampa Bay Derby (G2), where the pace was slower than the Sam F. Davis but Vino Rosso rallied to post another strong 104 BRIS Late Pace Rating. His impressive stretch drive victory in the Wood Memorial against a quality favorite Enticed showed his improvement and readiness to go longer.

Vino Rosso was a Keeneland September Yearling sale purchase for $410,000 by co-owners Repole Stable and St. Elias Stable. The Kentucky-bred showed substantial ability at age 2 and has lots of stamina in his pedigree to love classic distances. His sire Curlin was a 2-time Horse of the Year who finished 3rd in the 2007 Kentucky Derby, won the Preakness and was 2nd in the Belmont Stakes before winning the Breeders’ Cup Classic that year by more than 4-lengths. His dam is a half-sister to Commissioner, a graded stakes winner at 1 1/4 miles and runner-up in the Belmont Stakes. She’s also a half to multiple graded stakes-winning sprinter Laugh Track, who placed in the Breeders’ Cup Sprint.

Vino Rosso looks like an improving colt that has classic pedigree and the ability to come off the pace and make a Run for the Roses at double-digit odds.

Learn more about Vino Rosso with these indepth stories: