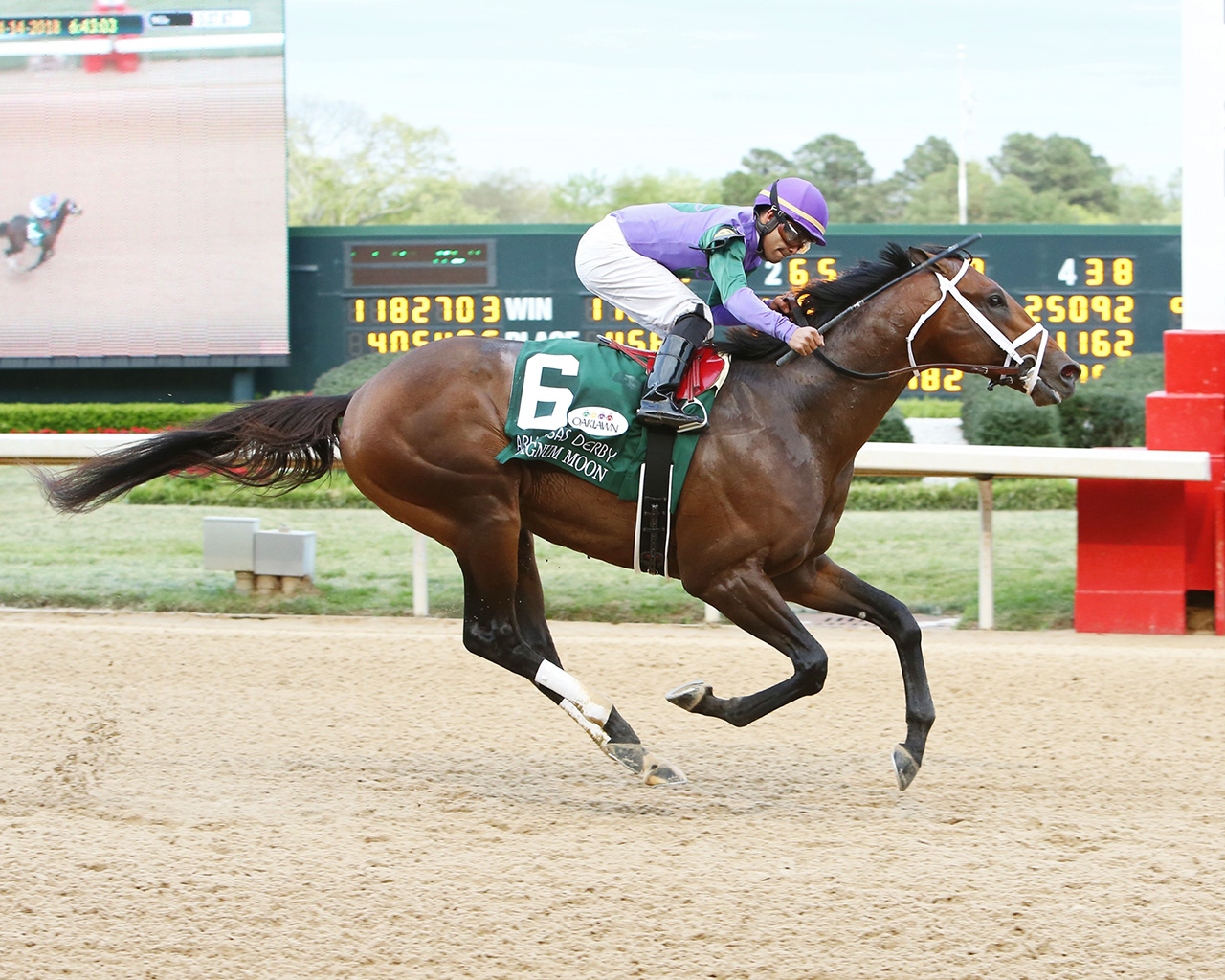 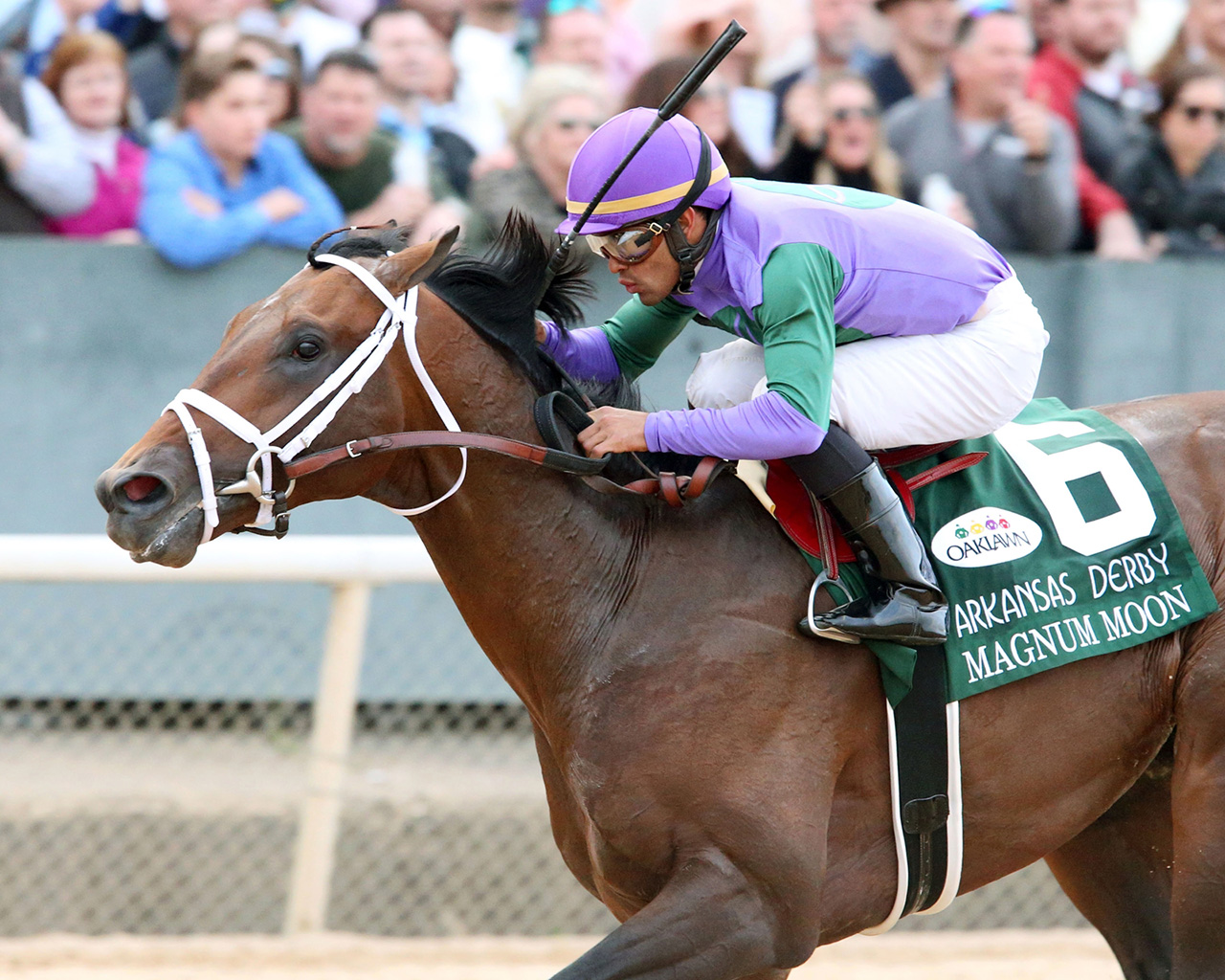 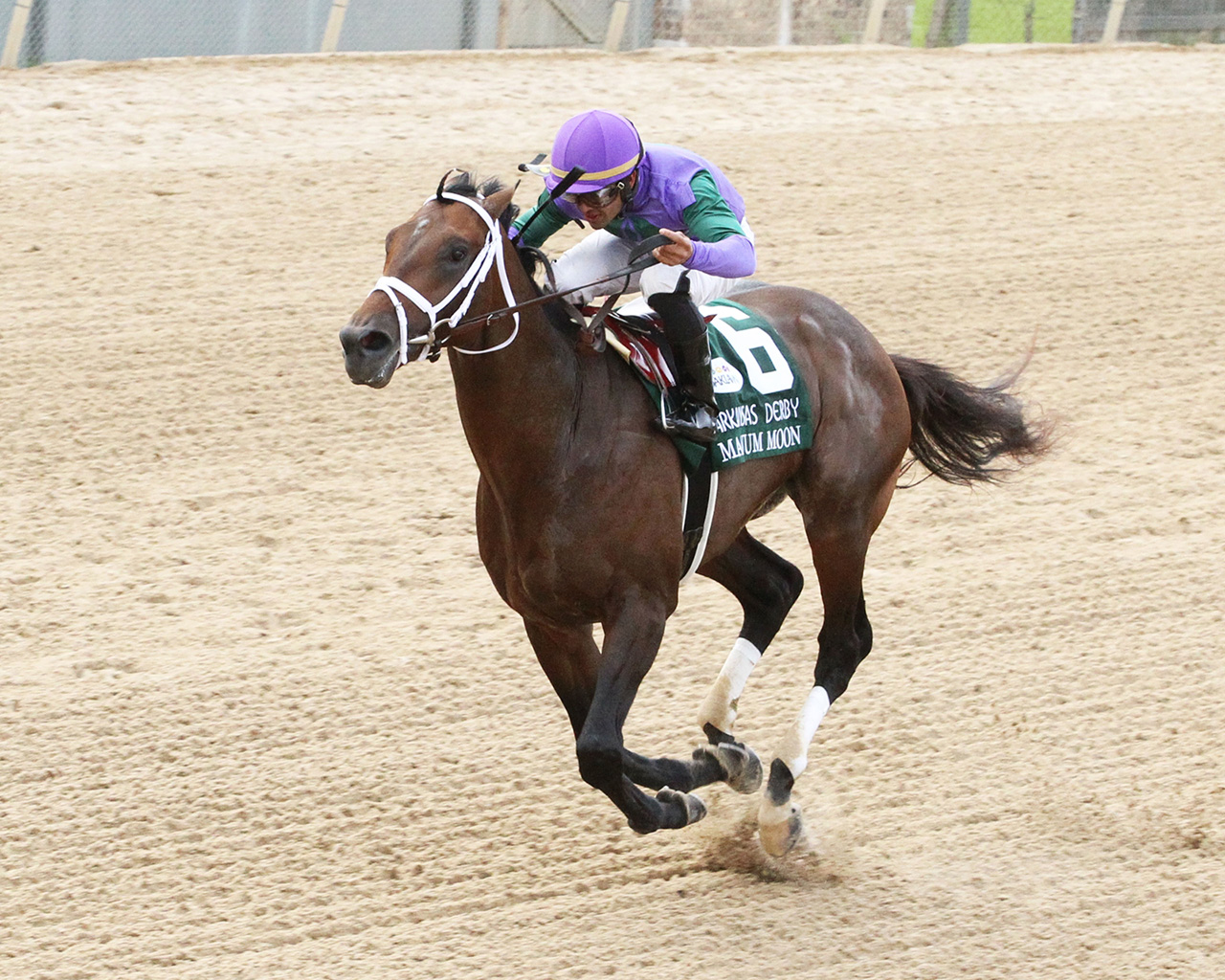 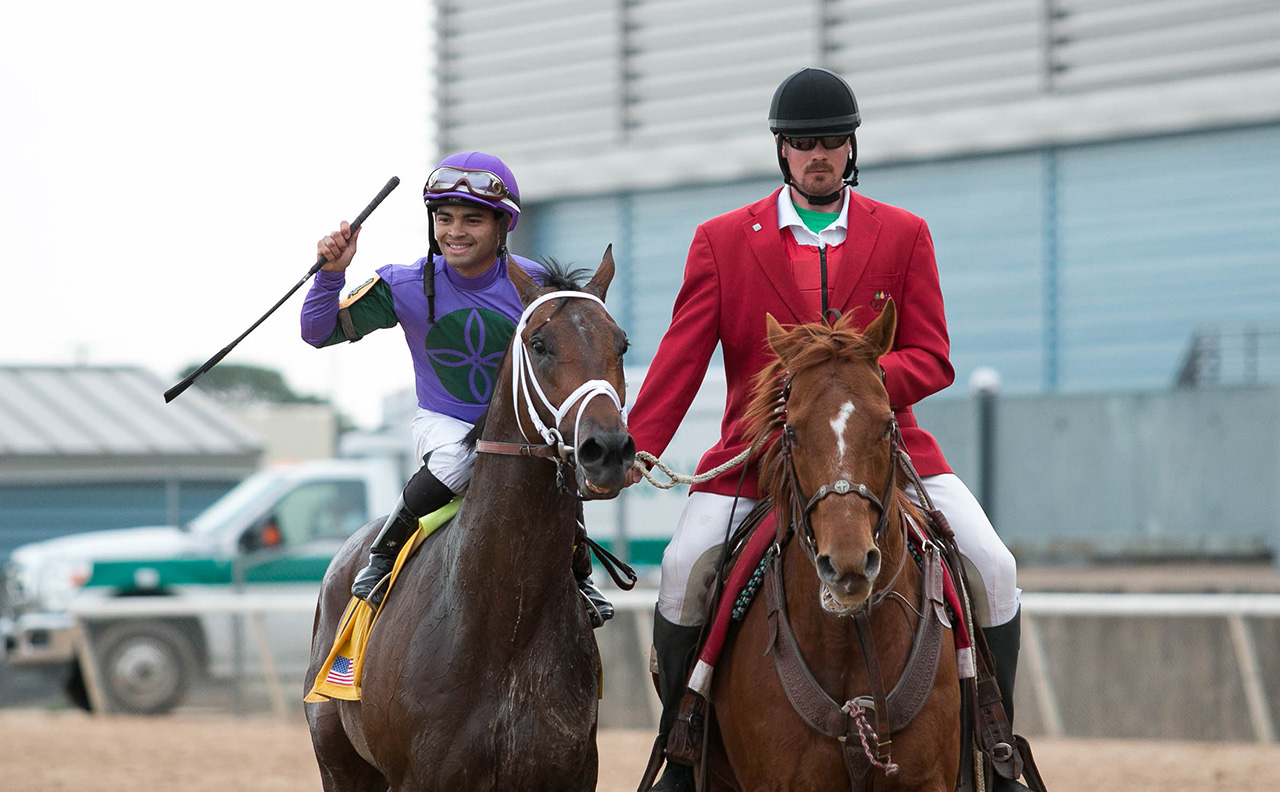 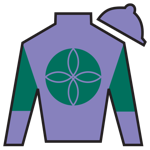 Last year’s Kentucky Derby-winning trainer Todd Pletcher will have four horses running in the Kentucky Derby, and the most recent major Derby prep winner Magnum Moon won his fourth-straight race to start his career by capturing the $1 million Arkansas Derby (G1) April 14 at Oaklawn Park. Magnum Moon earned 100 points and completed the Derby prep season No. 1 on the leaderboard with 150 points as he also won the Rebel Stakes (G2) at Oaklawn on March 17.

Ridden by Luis Saez, Magnum Moon ran 1 1/8 miles in 1:49.86, going gate to wire and pulling away in the stretch to win by 4 lengths over Quip and Solomini, both Kentucky Derby qualifiers. Magnum Moon was a heavy 4-5 favorite and paid $3.60 in winning the Arkansas Derby.

Magnum Moon was a debut winner at Gulfstream in January posting a 99 BRIS Speed figure. He then came from off the pace to win an allowance races at 1-5 odds at Tampa Bay Downs in February. Pletcher than gave the Malibu Moon colt his first stakes try, and it was another success, going clear and pulling away in the stretch to defeat the favorite Solomini by more than 3 lengths in the Rebel while posting a 100 BRIS Speed figure.

The Arkansas Derby solidified Magnum Moon as one of the Derby favorites, and he’ll have to buck history to win the 2018 Kentucky Derby. No horse since Apollo in 1882 has won the Kentucky Derby without a start as a 2-year-old, but Magnum Moon will attempt to break the ‘Curse of Apollo’ on May 5 when he makes his Run for the Roses. He’ll also try to become the fourth winner of the Rebel and Arkansas Derby to capture the Kentucky Derby, following Sunny's Halo (1983), Smarty Jones (2004) and American Pharoah (2015).

Bred in Kentucky, Magnum Moon was a $380,000 Keeneland September Yearling purchase in 2016 by Robert and Lawana Low. Malibu Moon, a son of A.P. Indy who has followed in his sire’s hoofprints by producing route runners, is the sire of 2013 Kentucky Derby winner Orb. The A.P. Indy sireline is responsible over the past five years alone in the classics for Tapit, represented by three Belmont Stakes winners in the last four years, and Lucky Pulpit, the sire of dual classic winner and Breeders’ Cup Classic champion California Chrome.

Magnum Moon is clearly among the most talented sophomores in training. He handled the 1 1/8 mile distance without issue in winning the Arkansas Derby, and looks like he has the speed, stamina, pedigree and profile of a classic champion.

Learn more about Magnum Moon with these indepth stories: