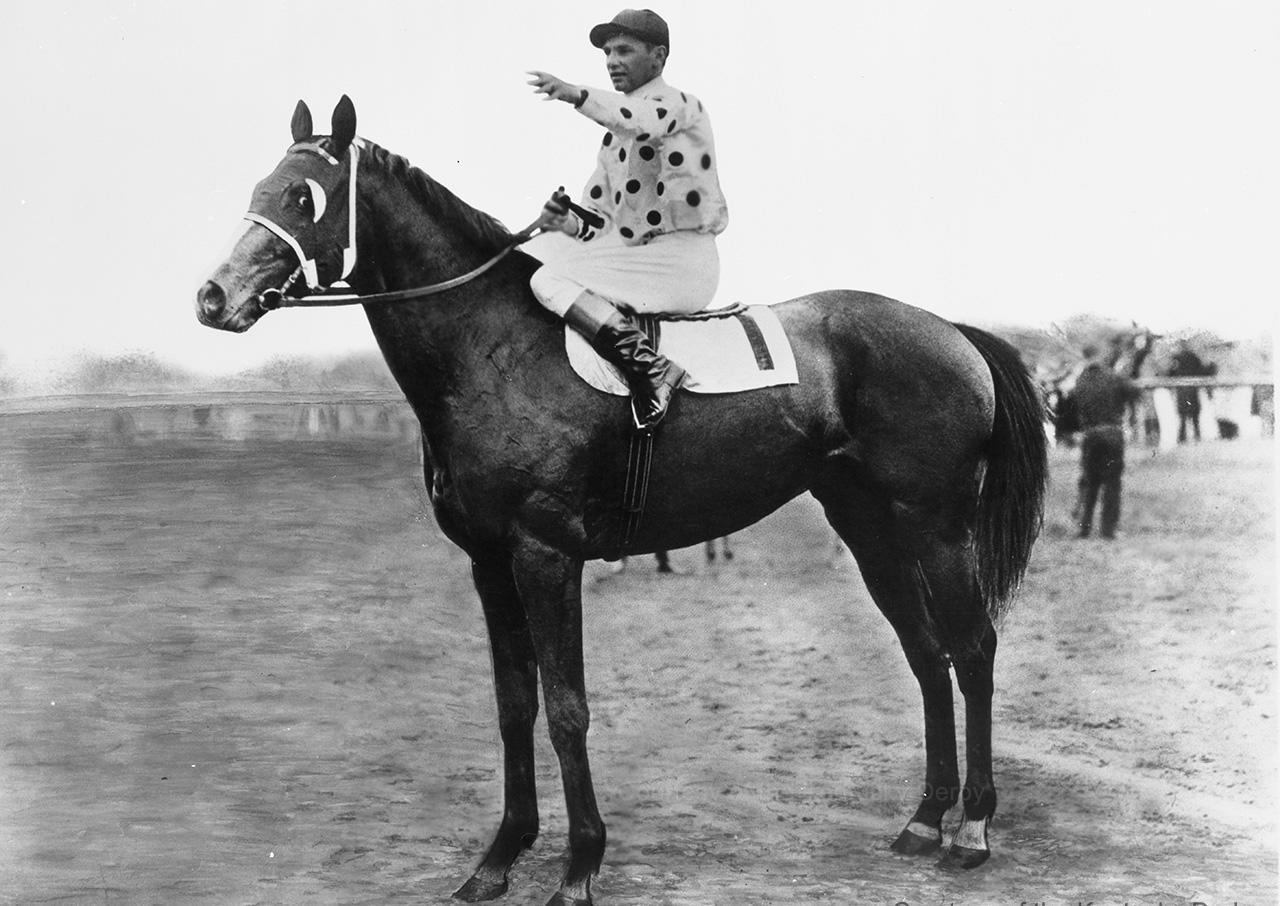 The second colt to sweep the Kentucky Derby, Preakness, and Belmont, Gallant Fox was a galvanizing factor in the three classics becoming a “Triple Crown."

Gallant Fox was dubbed “The Fox of Belair,” alluding to the Belair Stud inherited by his patrician owner/breeder, William Woodward. Sired by French classic winner *Sir Gallahad III, Gallant Fox was bred to excel as a 3-year-old.

Thus his state of physical development, and his tendencies toward curiosity and laziness, explain his 2-for-7 juvenile campaign. Yet Gallant Fox ended 1929 on a high note in the Junior Champion, his first try at a mile for Hall of Fame trainer “Sunny Jim” Fitzsimmons.

Hall of Fame jockey Earl Sande came out of retirement to ride Gallant Fox in 1930. Warming up with a decisive score in the Wood Memorial, The Fox headed to the Preakness, then contested before the Derby. Even a tough trip couldn’t derail him.

Gallant Fox had an easier time rallying from off the pace in the Kentucky Derby and wiring the Belmont. After extending his streak in the Dwyer and Arlington Classic, he was floored by 100-1 longshot Jim Dandy in the Travers. An early pace war on Saratoga’s heavy track left him vulnerable to the rail-skimming mudlark.

Rebounding to beat elders in the Saratoga Cup and edging Questionnaire in an epic Lawrence Realization, Gallant Fox crowned his career in the Jockey Club Gold Cup over just two rivals.