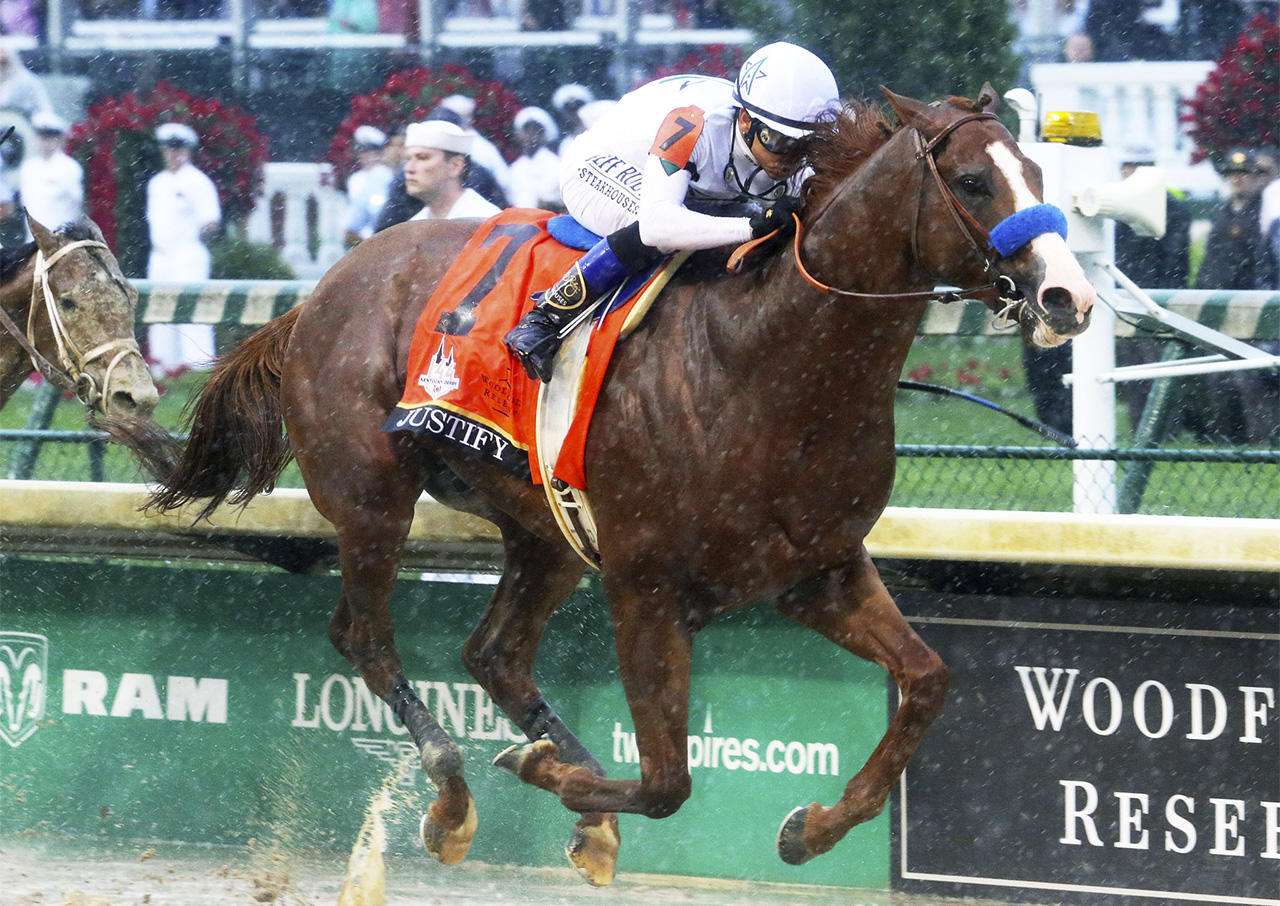 The latest Triple Crown winner defied precedent twice over: Justify did not race at two and finished his meteoric career unbeaten.

Bred by the father-daughter team of John and Tanya Gunther at Glennwood Farm, Justify commanded $500,000 as a Keeneland September yearling. He hailed from the penultimate crop of international sire Scat Daddy.

Justify’s ownership consortium was led by WinStar Farm and China Horse Club, with SF Racing also involved. Head of Plains Partners and Starlight Racing came aboard after his debut.

That premiere didn’t come until February 18, 2018 – by historical standards, too late to sweep the Triple Crown. No unraced juvenile had even won the Kentucky Derby since Apollo in 1882, long before the Triple Crown era.

But Hall of Fame trainer Bob Baffert, whose American Pharoah ended the Triple Crown drought in 2015, got the maximum from Justify in the minimum time.
After a 7-furlong maiden romp at Santa Anita, Justify took a mile allowance. He had one shot to make the Kentucky Derby – the Santa Anita Derby – and punched his ticket in front-running style.

Churchill Downs came up sloppy on Derby Day, and the pace was frenetic, but Justify handled both to scoff at the “Apollo curse.” Encountering slop again in the Preakness, he withstood a barrage and held on under a measured ride by Hall of Famer Mike Smith. The Belmont was a comparative stroll as the controlling speed.